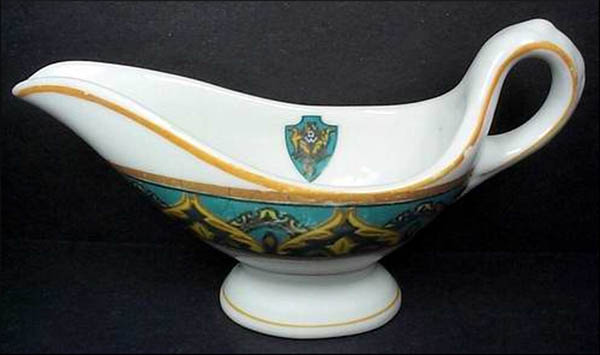 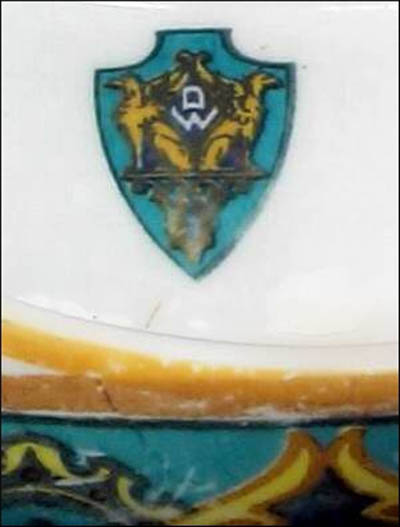 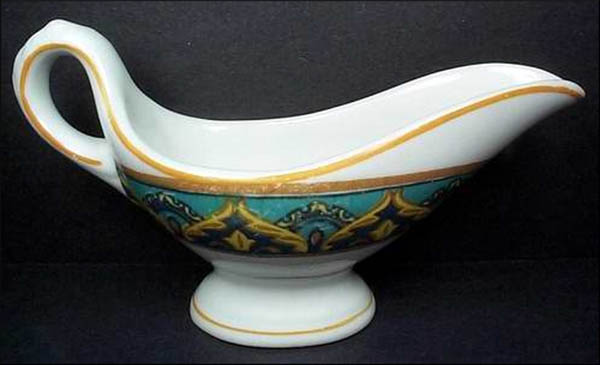 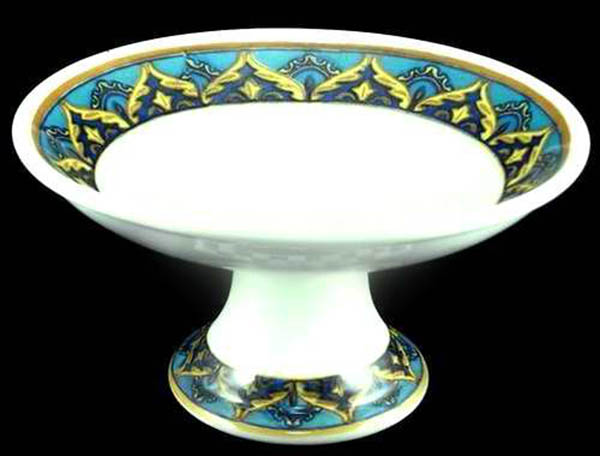 Lamberton China white body with a multicolored, wide ornamental border pattern in blue, green/teal and gold. Topmarked with the double griffin style "DW" logo on the inside.