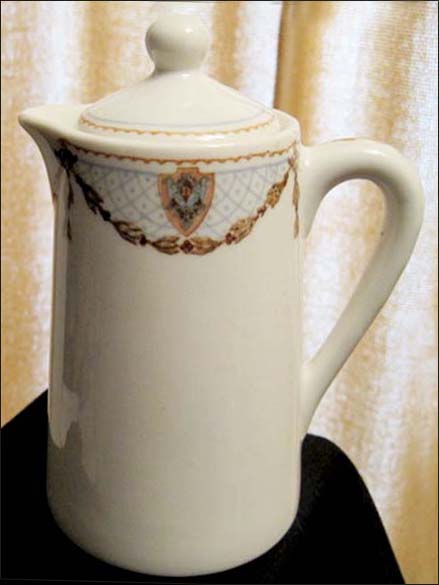 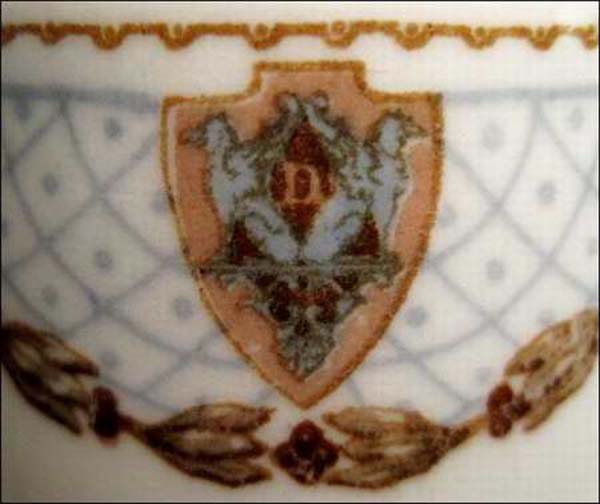 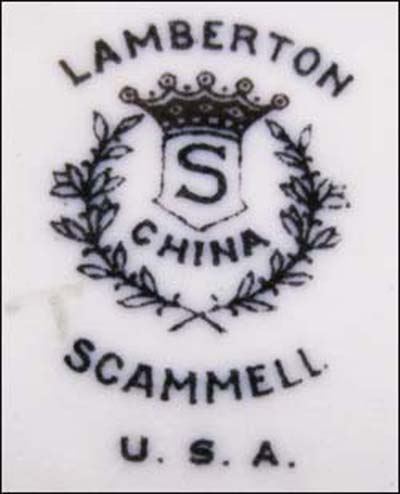 Lamberton China white body, 5.5" cocoa pot with sepia brown flower swags and pale blue spider web with dots within. Shield shaped crest with blue griffins and the letter "D" between them. Same logo as the other Deshler-Wallick items, only this one has just the letter "D."