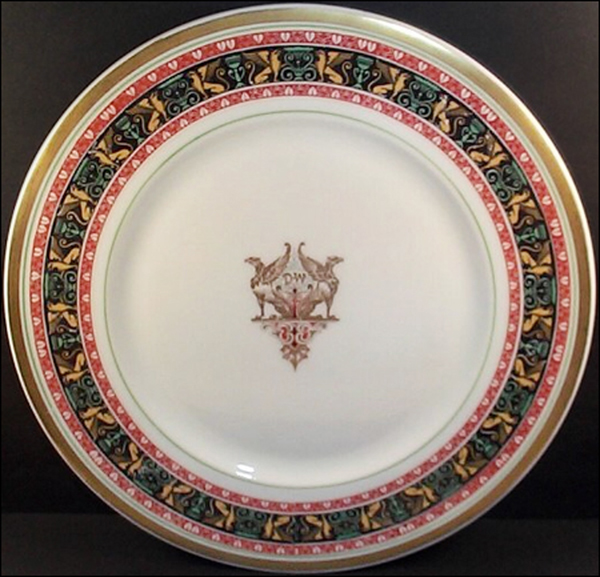 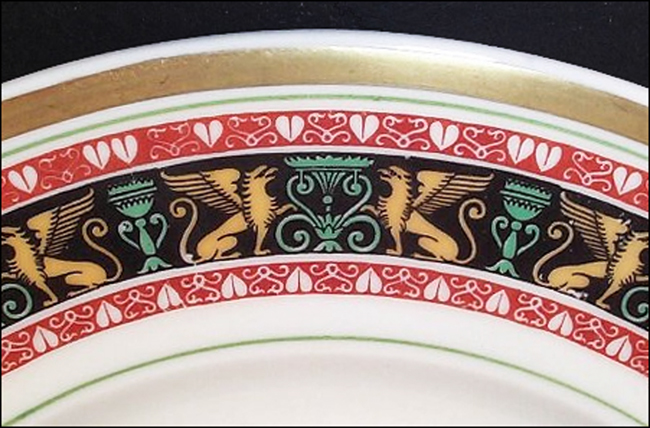 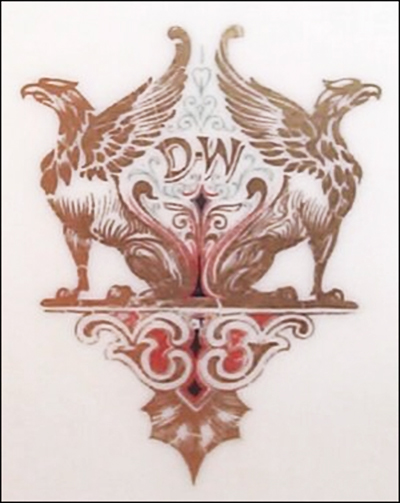 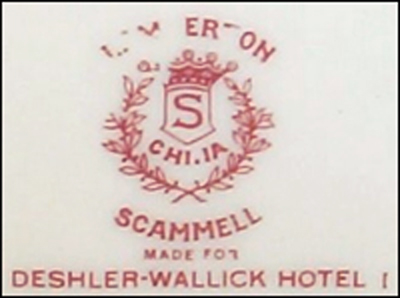 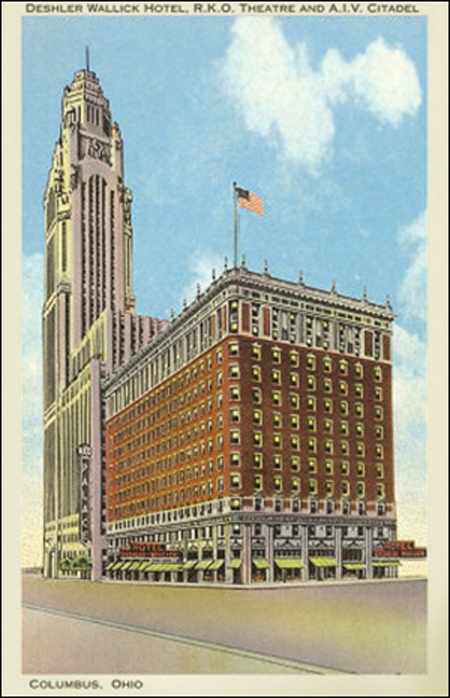 Lamberton China white body with gold bands, a red band of heart-like images, a black band with gold griffins and green objects, and a wonderful logo of back to back gold griffins with the initials D-W between them.