Malone pattern on border of US Naval Academy plate 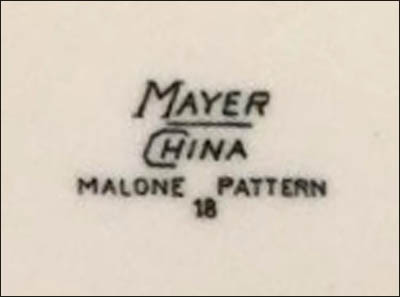 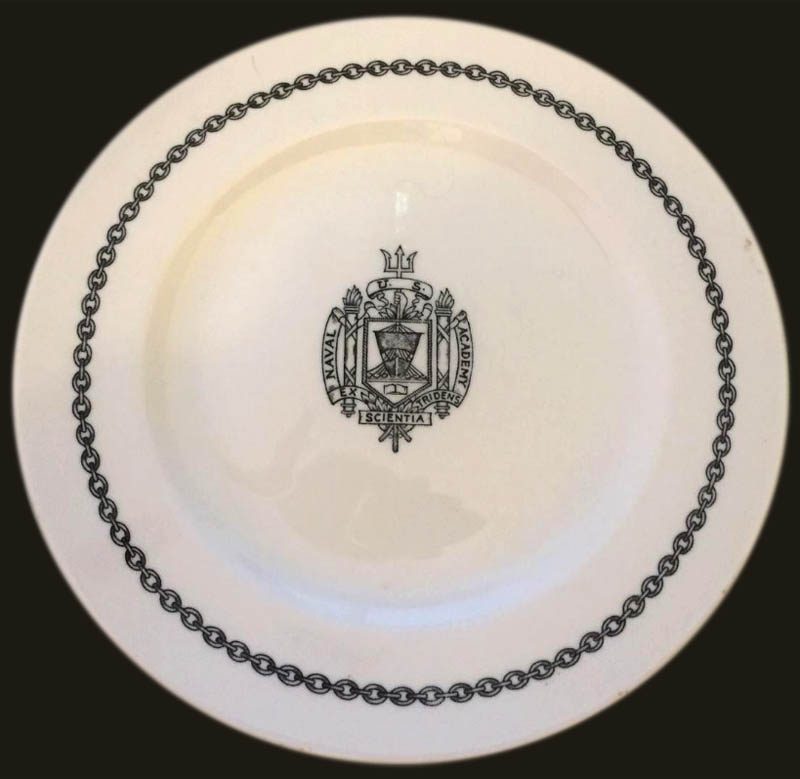 Notes: As you will see from the examples shown of the Malone pattern, it was a border patter of interlocking chain that was used to our knowledge on early topmarked All-In-One Sandwich System china and on topmarked china used by the U.S. Naval Academy. We have not seen an example of it on a piece by itself without an accompanying topmark and we have not found it in any Mayer catalogues.