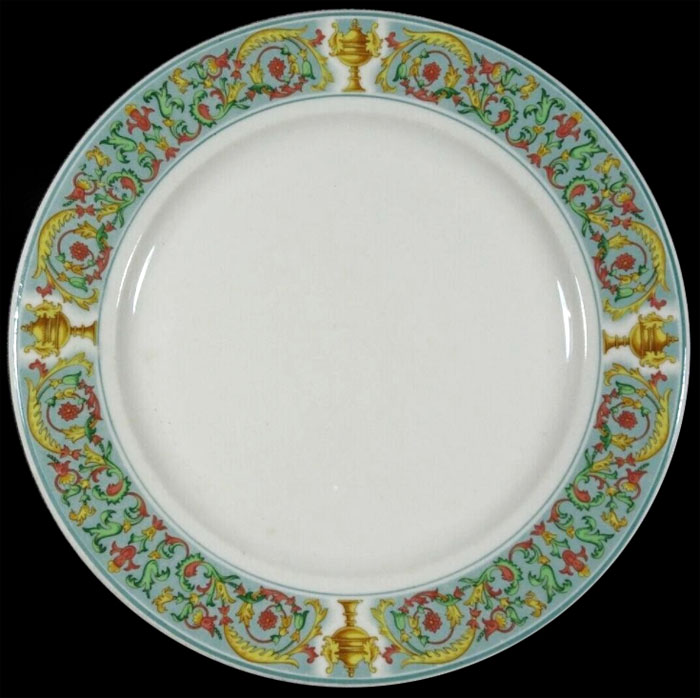 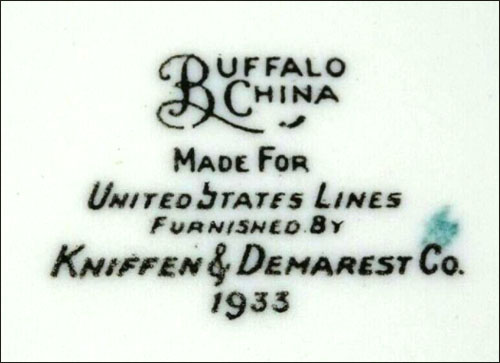 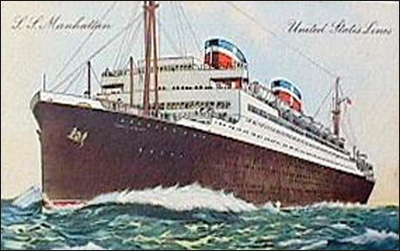 Notes: According to the wikipedia, "the Manhattan became the first ship actually built for the line" (1932). In 1941, it became the first US troop transport Wakefield and was scrapped in 1965.

White body, light green band with gold and brown urns and leaves. Dark green accent stripes above and below band.