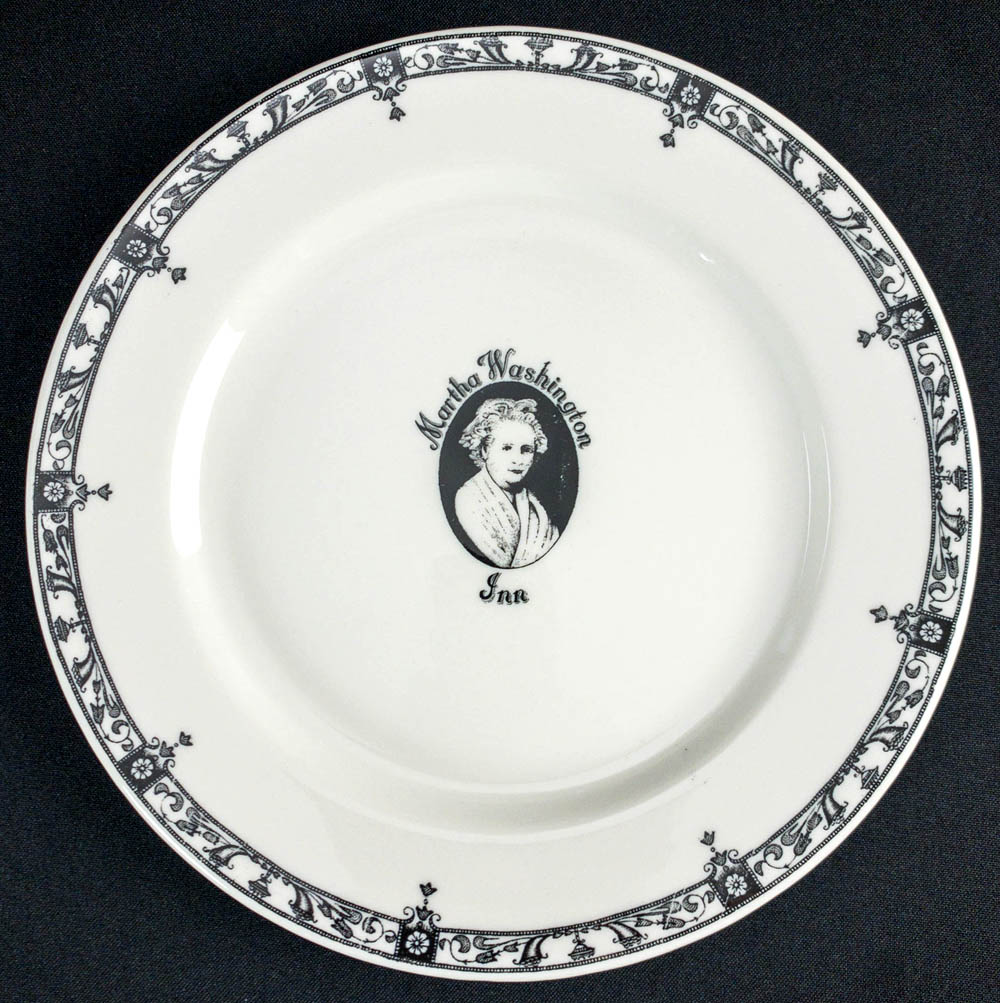 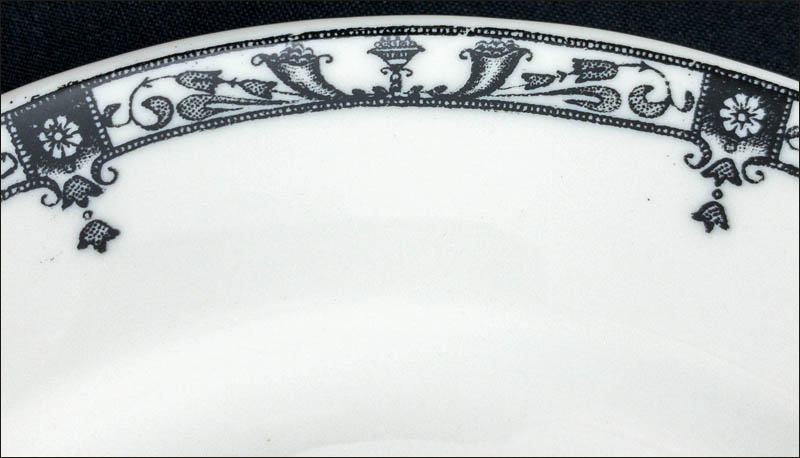 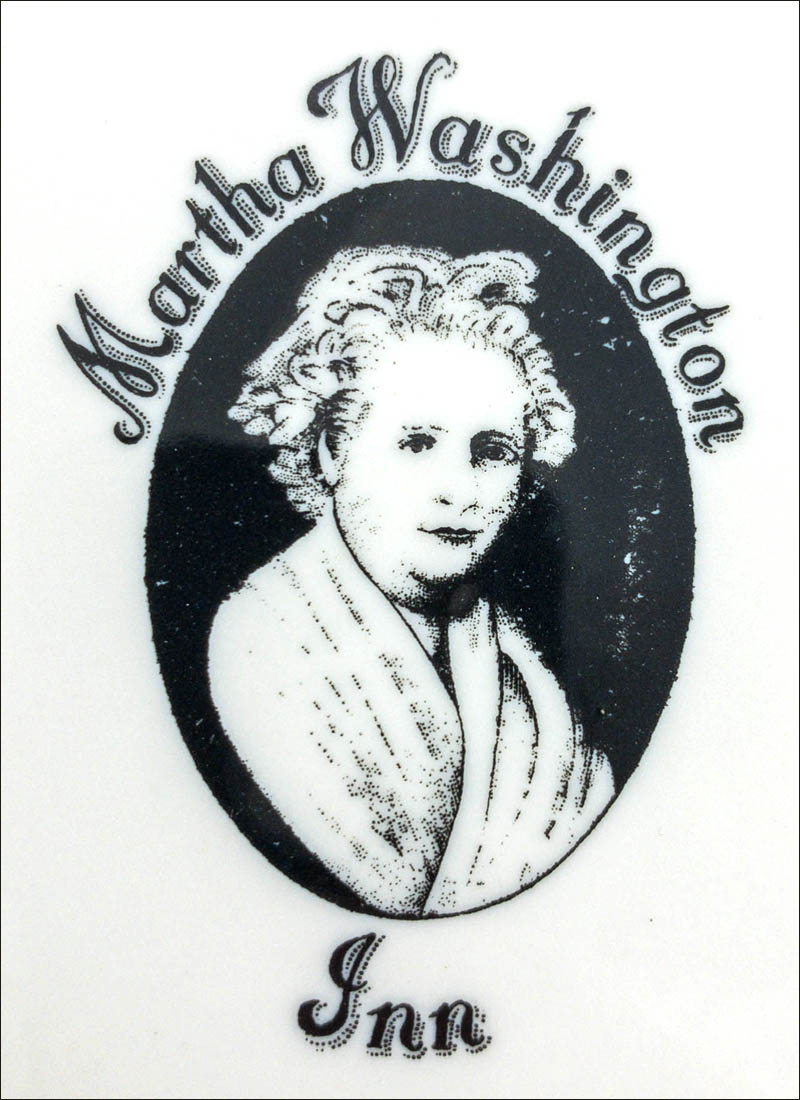 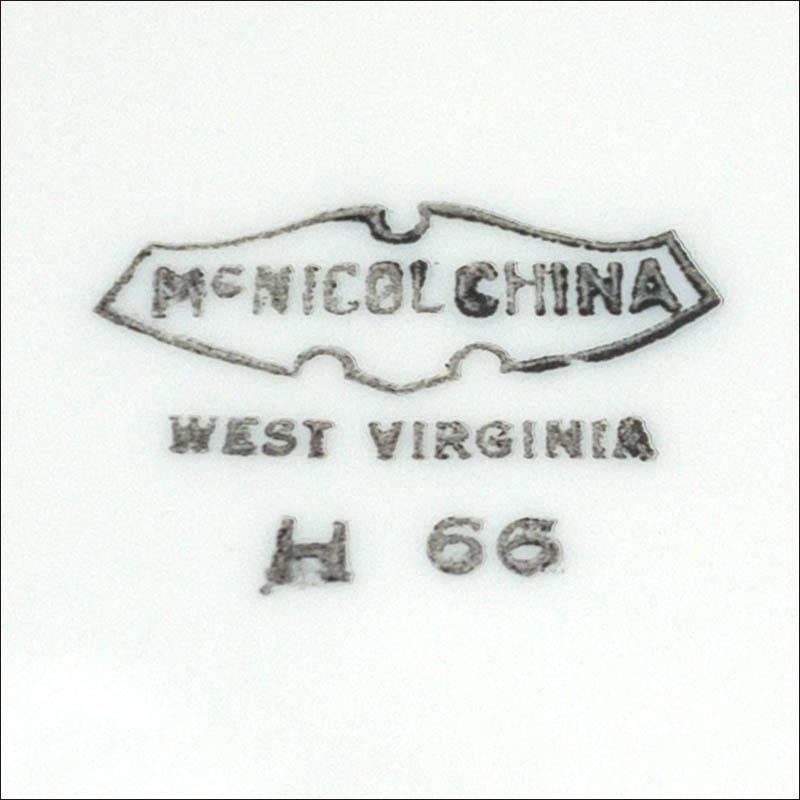 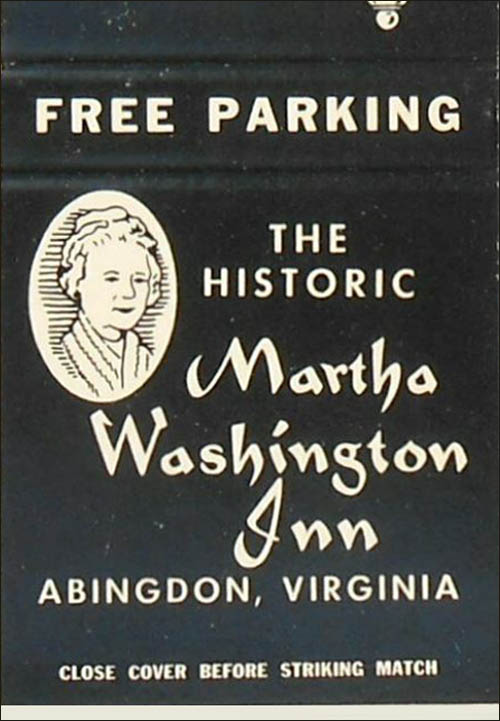 Notes: From Wikipedia, "The Martha Washington Inn is a historic hotel located in Abingdon, Virginia. Originally built in 1832 by General Francis Preston, hero of the War of 1812, for his family of nine children, over the course of the last 174 years, the building has served as an upscale women's college, a Civil War hospital and barracks, and as a residence for visiting actors of the Barter Theatre. In addition to hotel services, the inn now offers spa treatments. Many people say the house might be haunted by ghosts from the area.

"The Martha Washington Hotel & Spa is a member of Historic Hotels of America, the official program of the National Trust for Historic Preservation."

White body plate with McNicol's cornucopia pattern in black on the border. In the well of the plate is a cameo drawing of Martha Washington in black with the words "Martha Washington" wrapped around the top of the cameo and the word "Inn" at the base.