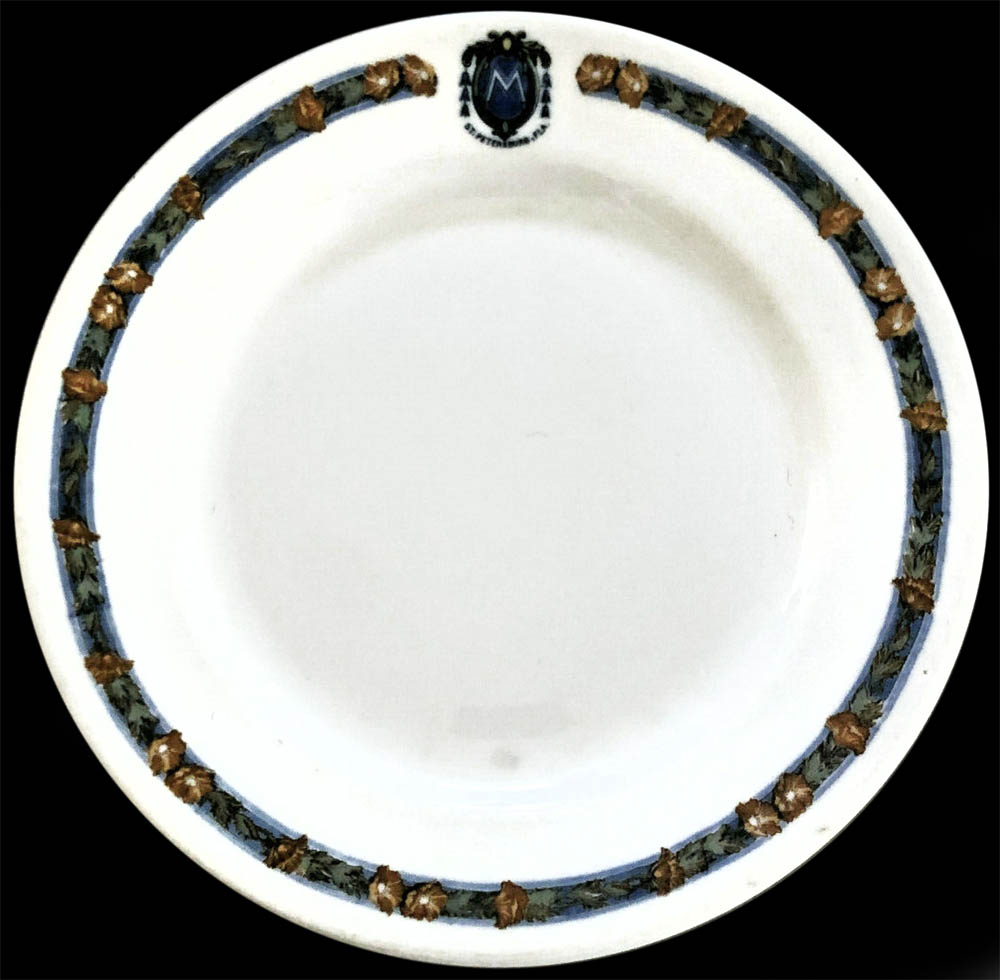 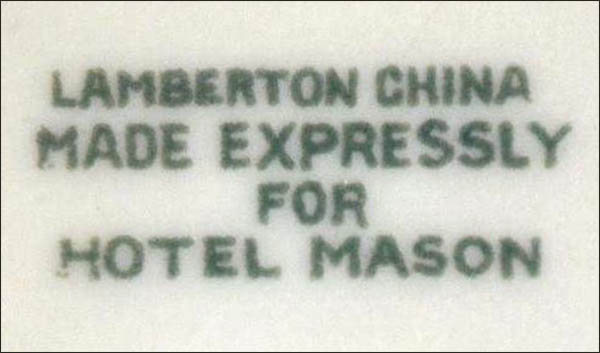 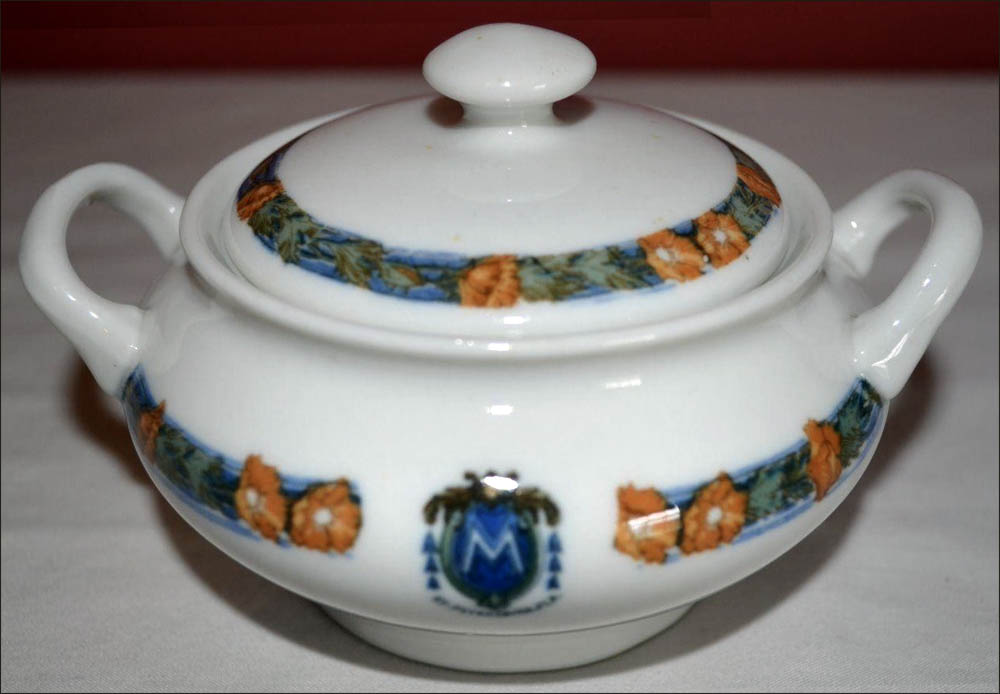 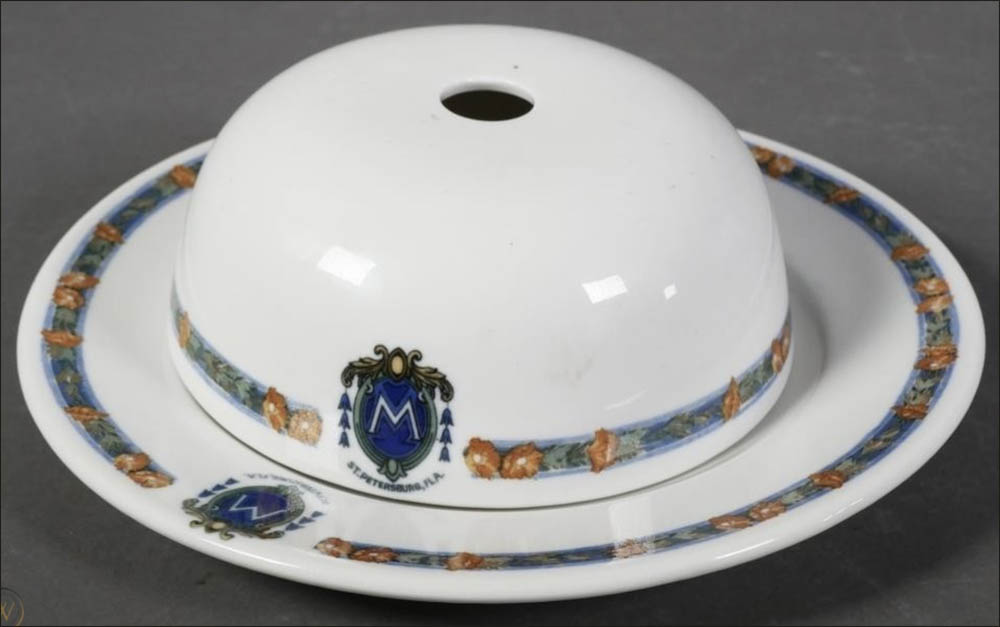 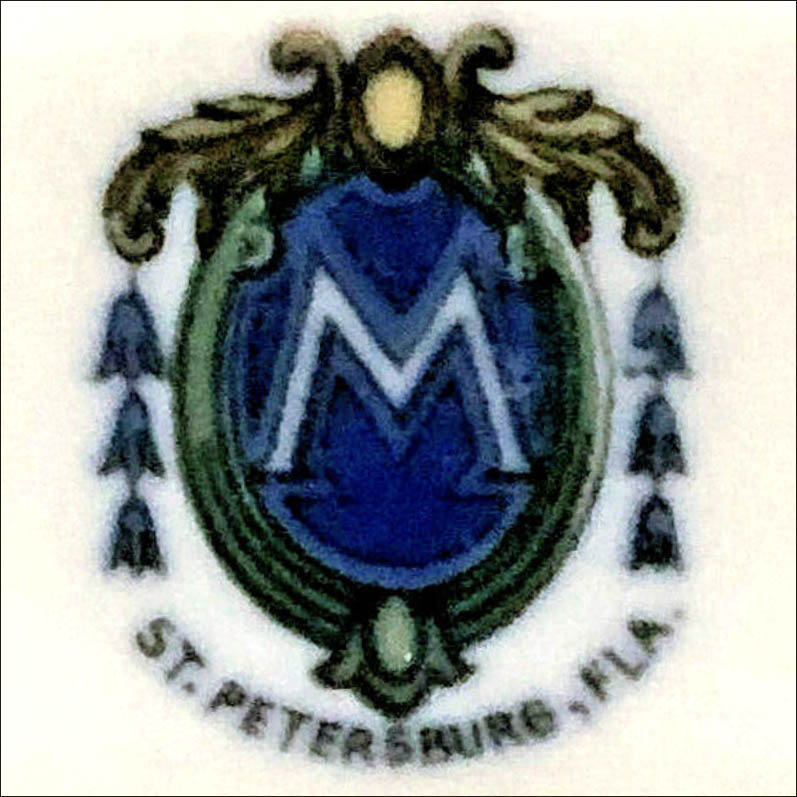 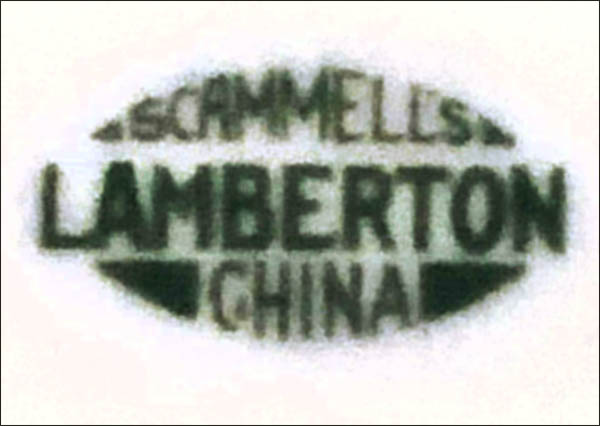 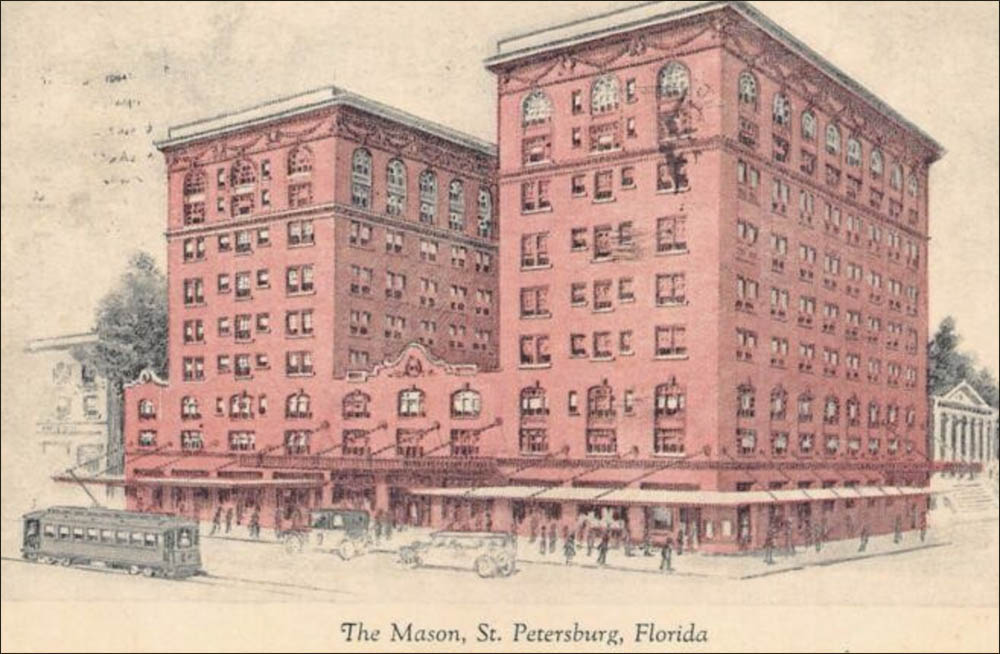 Notes: Former New York State steel magnate turned real estate builder; Franklin J. Mason chartered the Mason Hotel Company on March 29, 1923. On May 24, 1923, a $750,000 building permit was issued for the nine-story hotel, on the corner of 1st Avenue and 4th Street in St. Petersburg. The 250-room and bath Mason Hotel was completed in December 1924, at a cost of $2,000,000.  Franklin J. Mason and his Mason Hotel went bankrupt in 1926. This resulted in the Hotel being renamed the Princess Martha. The building survives in 2022 and is operated as a retirement facility.

Maddock began producing crested Lamberton China for the Mason while it was under construction. During the production of this china service the Lamberton Works changed its name from Maddock to Scammell, so some pieces are back stamped with just "Lamberton China" while other pieces are marked "Scammell." The decal crest is an oval shield with a white "M" against the blue background inside, scrollwork on top, three bellflowers down the sides. "St. Petersburg, Fla." is curved below. The decal border contains poppy flowers spaced around a blue band.  After the hotel was renamed Princess Martha, Scammell made new logo decals that added a "P" to the monogram. The border decal remained the same. This allowed the Princess Martha to continue using the old Mason china along with the newly ordered ware.