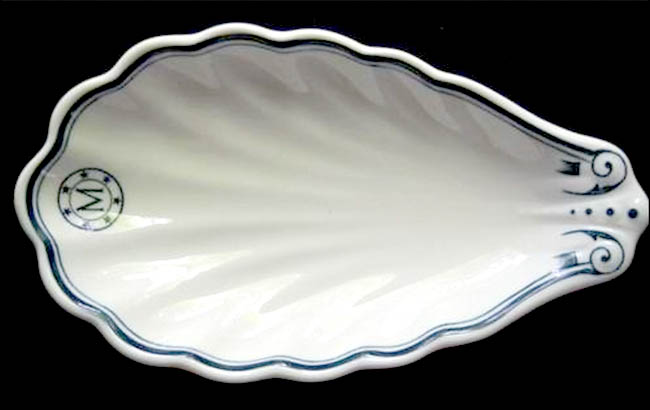 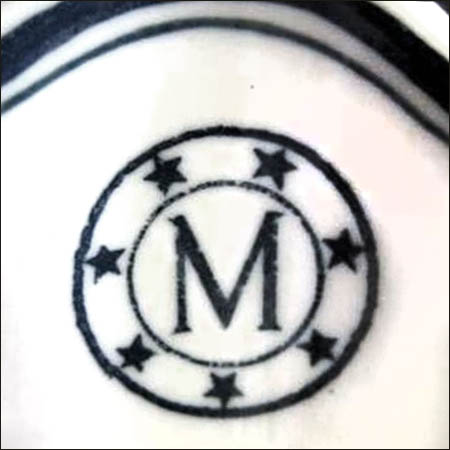 Notes: Matson Lines (Matson Navigation Co.) was incorporated in 1901, specializing in San Francisco and Los Angeles to Hawaii cruises from 1908-1971. During WWII all of Matson's ships served as troop carriers. In 1971, the Pacific Far East Lines took over its last two cruise ships, the SS Mariposa and SS Monterey.

White body pickle dish with two blue lines around the edge and scroll-work on the small end. The logo has two concentric circles with stars between them and a large letter "M" in the center.