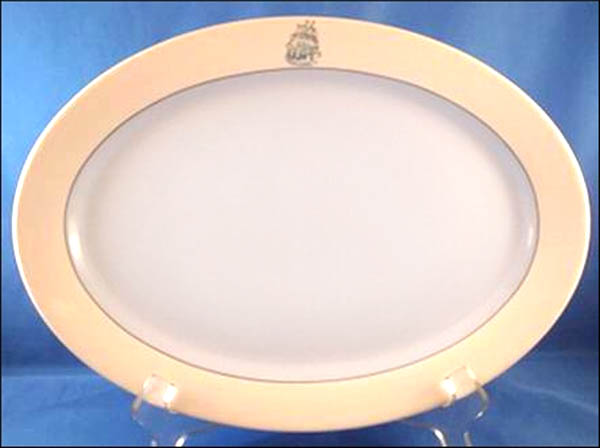 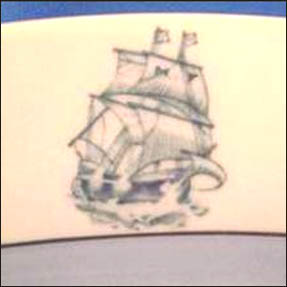 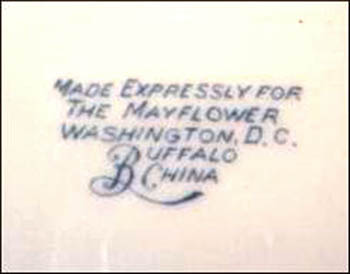 Lune Lamelle body in perwinkle blue and ivory with a black pin line inner-rim border. Topmarked by the Mayflower ship with the initials "MF" in the sails.