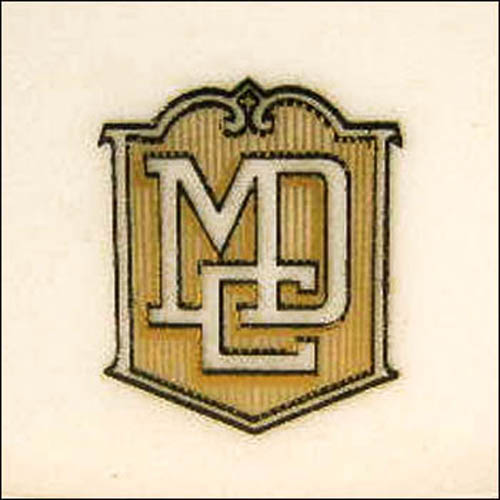 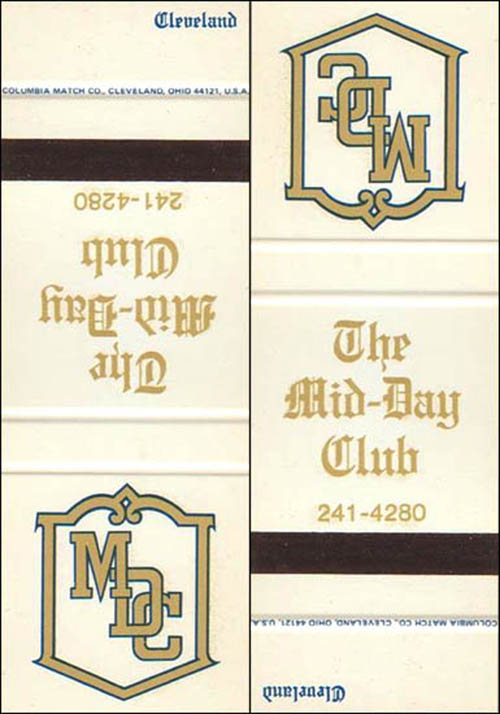 Notes: The 400-seat dining room of the Mid-Day Club opened in 1924 on the 21st floor of the Union Trust Building, located at 925 Euclid and 9th Streets in Cleveland, Ohio. The private club was a large rectangular room with windows on three sides below an arched ceiling. In 1991, the Mid-Day Club was converted into a public restaurant named "Metropolitan."

Sources:
Pre-1962 matchbook cover with slightly different arrangement of monogram letters within same style frame. Logo shown on a circa 1926 Scammell sample plate. The Mid-Day Club also is listed as customer in the 1931 Lamberton catalog.