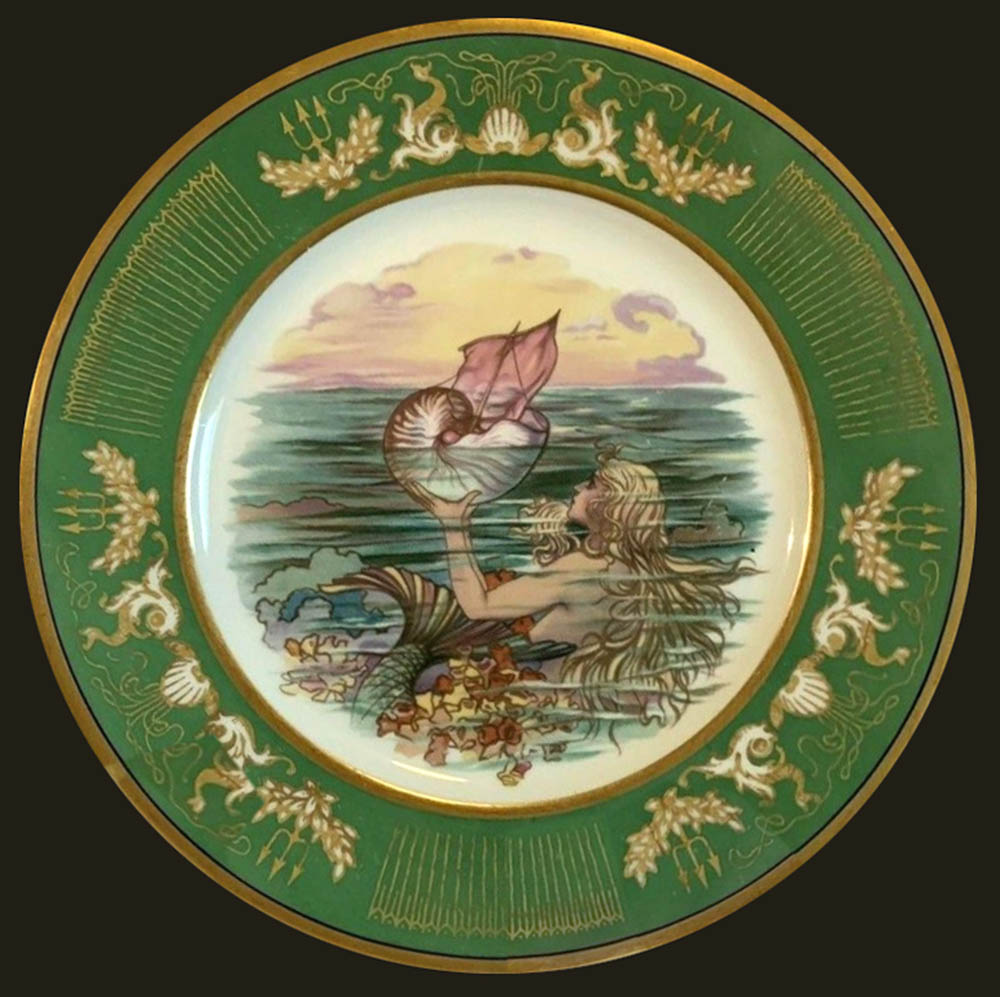 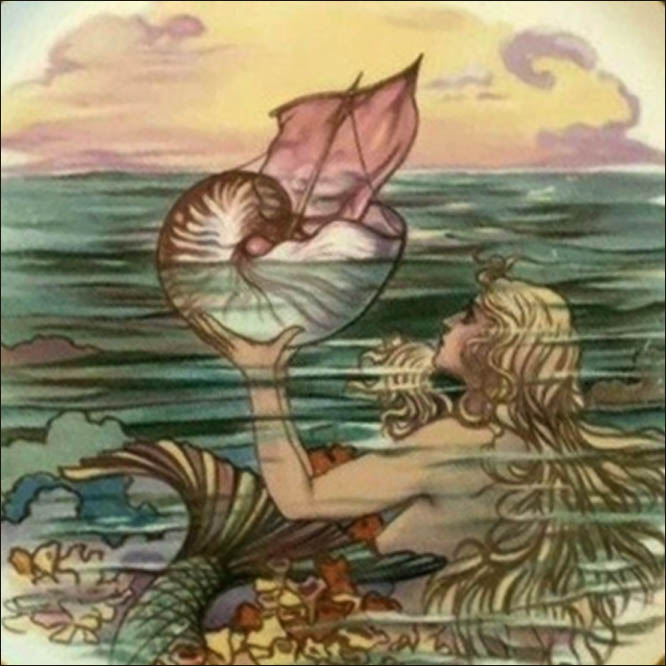 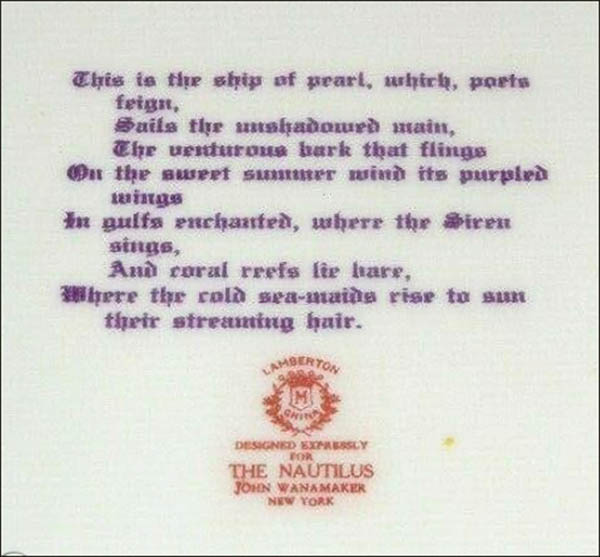 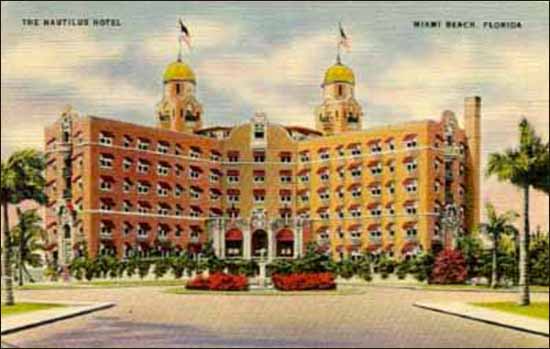 Notes: Opening on January 10, 1924 in Miami Beach, Florida, the Nautilus Hotel, was built by business and real estate entrepreneur Carl Graham Fisher (1874-1938) at a cost of $870,000. Fisher also owned other landmark luxury hotels, including The Boulevard, The Flamingo, The King Cole and The Lincoln. Designed and developed by Leonard Schultze and Spencer F. Weaver, the restricted hotel catered to wealthy gentile guests, offering lavish rooms, a swimming pool with cabanas, grand stairways and chandeliers, a gourmet dining room, and adjoining polo fields.

A devastating hurricane hit Miami Beach on September 17, 1927, hampering that year's tourist season. Two years later, in October 1929, the bottom fell out of the stock market and real estate values plummeted. In the years that followed the stock market crash, Carl Fisher sold his holdings in all Miami Beach hotels, and by 1932, his business enterprises had collapsed into bankruptcy.

The Nautilus hotel property on Collins Avenue became the first location of the Mount Sinai Medical Center, which opened in 1949. The hospital was established by a group of philanthropists and concerned citizens determined "to make healthcare services readily available to all people, regardless of race, color or creed, or their ability to pay, and to create a hospital where physicians would be allowed to practice medicine without fear of discrimination."