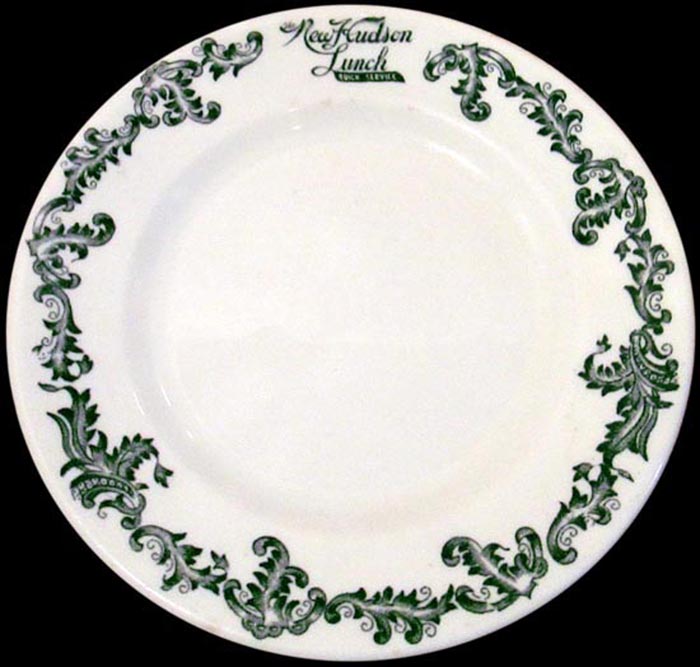 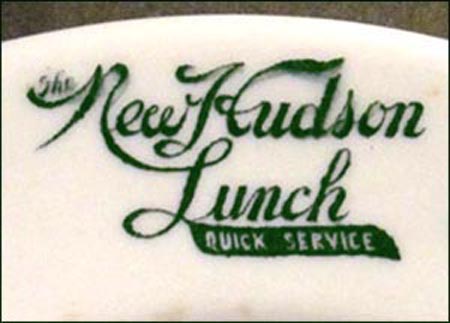 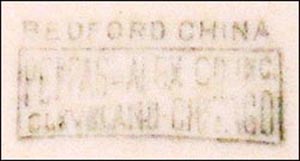 Notes: An article in the Sept. 16, 1918, issue of the Lima Daily News (in Lima, Ohio) announced the upcoming opening on Sept. 19 of the New Hudson Lunch at 234 N. Main St., "one of a chain of restaurants operated in Ohio, Michigan and Indiana."

The earliest mention found for the New Hudson Lunch at 628 North Calhoun in Fort Wayne, Ind., was in mid-1918, and no records were found for the chain in Michigan.

A more colorful commentary on its history comes from Floyd McKee, author of "The Second Oldest Profession – A Century of American Dinnerware": "The Bedford China Co. was built near Cleveland to make dinnerware and ran into evil days. Barry Bailey, an English potter who had come over to Homer Laughlin in 1914, and Al Walker, an Akron attorney, joined forces in 1923 to reorganize it as the Bailey-Walker China Company to make hotel ware."

The company was included in the 1917 Cleveland City Directory, which means that this plate could have been made between 1917 and 1923.

This plate has New Hudson Lunch in a script font, and QUICK SERVICE below it in white against the dark green underline formed by the L in Lunch.