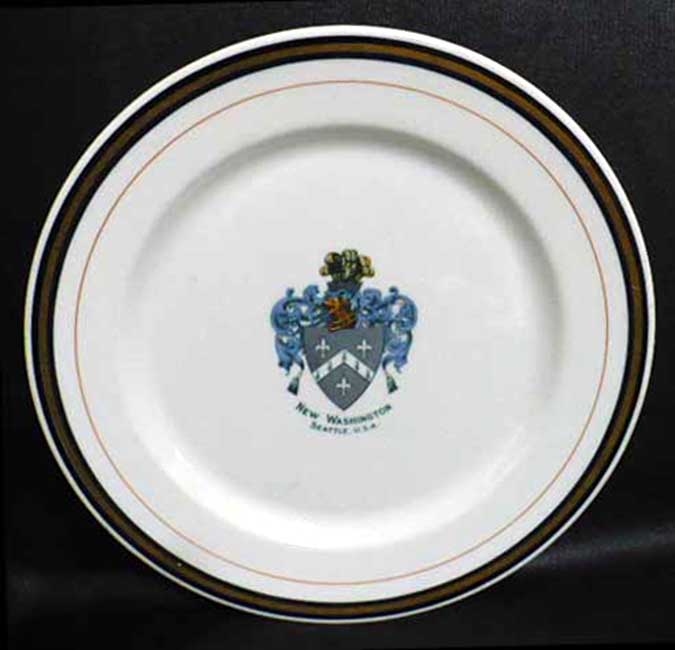 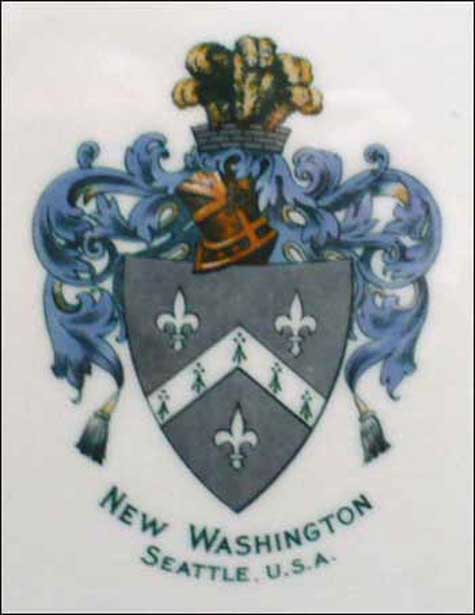 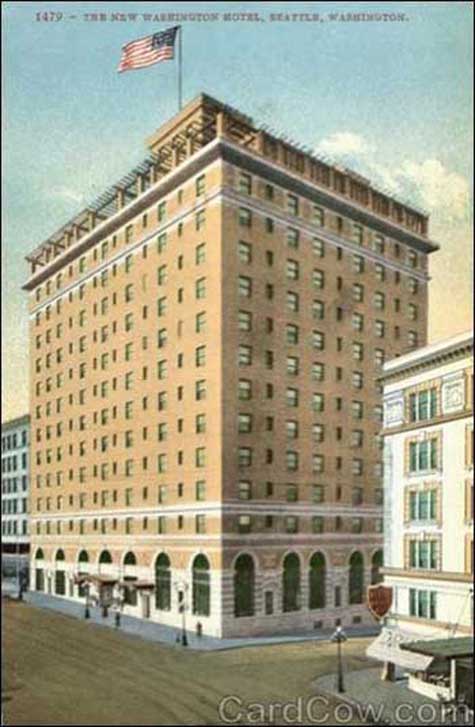 Notes: James A. Moore, who actually finished the 100-room Washington Hotel on Denny Hill, built a much larger hotel on Second and Stewart streets in Seattle, also naming it the Washington Hotel. The 14-story, 250-room (with bath) hotel was designed by Eames and Young, and opened in 1908. It was replete with drawing rooms, writing rooms, public and private dining rooms, cafe, grill, rathskeller, ball room and roof garden.

The building was purchased by the Catholic Archdiocese in 1963 for use as low-income house. In 1988, the building was designated a City of Seattle Landmark. In 2012, the structure is the Josephinum, a 222-unit apartment building.

White body service plate with alternating black, gold and black band rim. Elaborate logo in blue and gray featuring a two-sectioned shield with a fleu-de-lis and chevron, acanthus leaves on each side of the shield and a helmut above with crown and plumes. New Washington, Seattle, U.S.A. below.