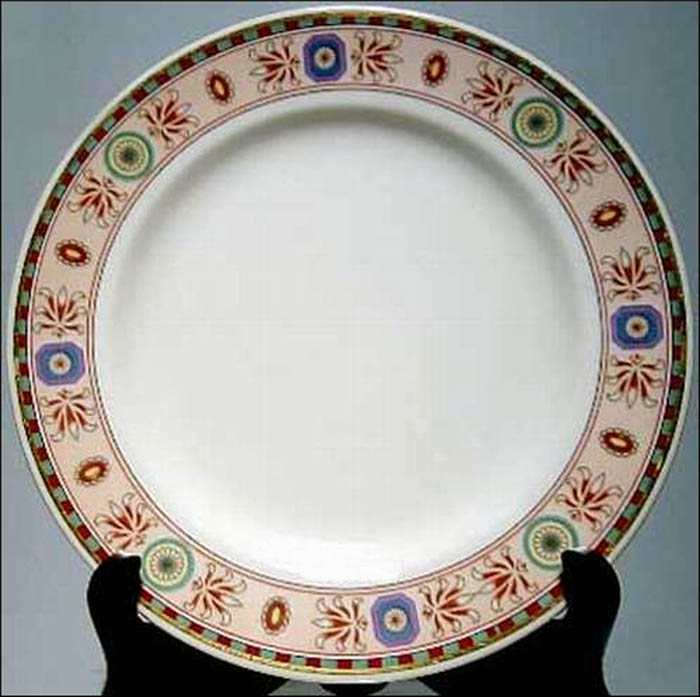 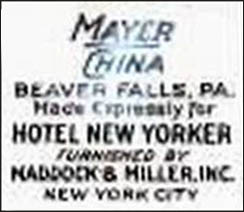 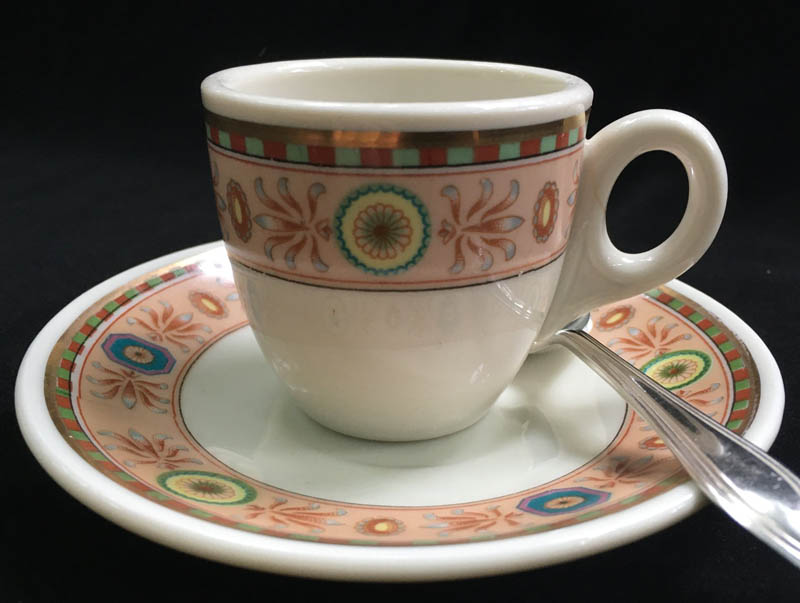 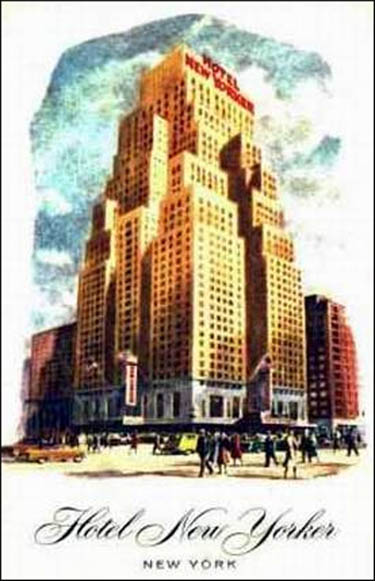 White body with wide, multi-colored ornamental border of alternating geometric shapes, florals and leaves in red, green, blue and pink. The border was designed by John E. Philips of Chicago in 1930.