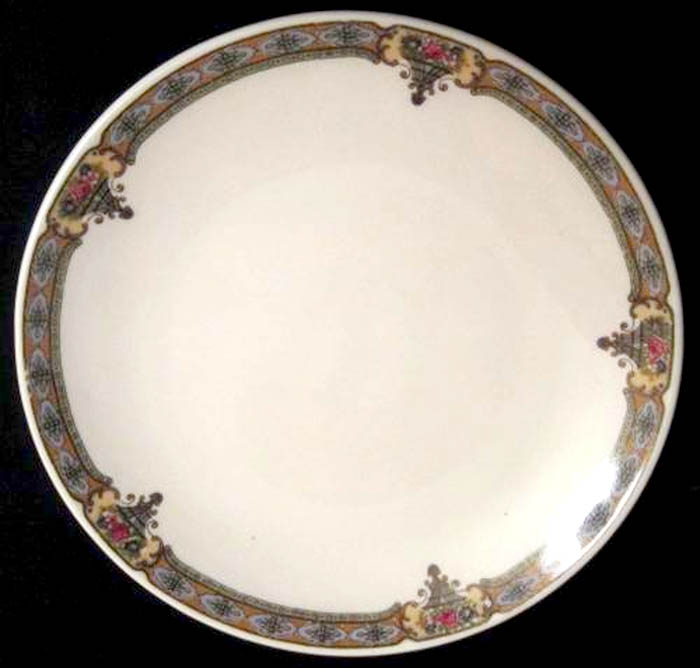 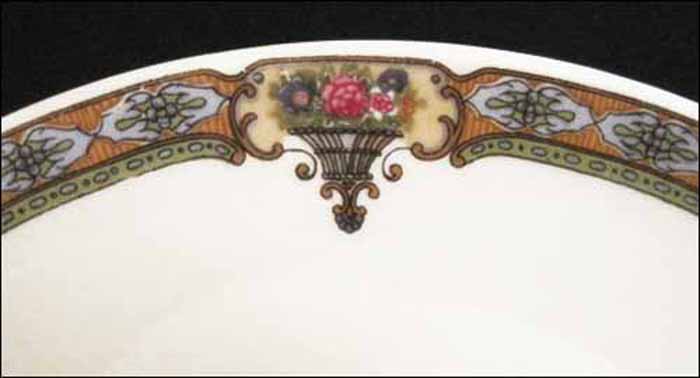 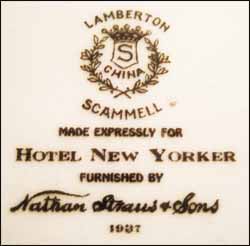 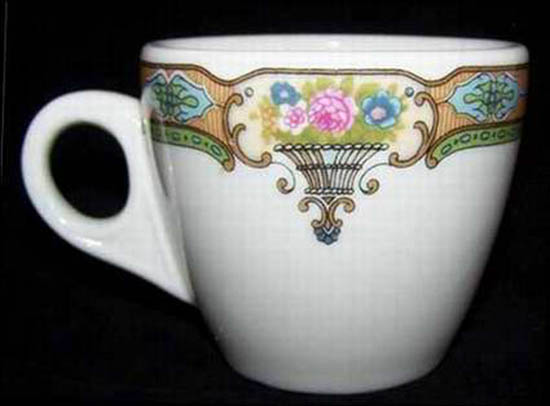 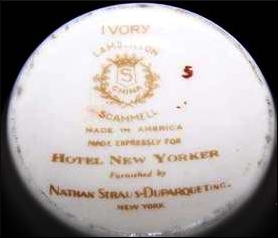 Ivory body with a wide band of purple, green, and brown, broken by baskets of red and blue flowers with green leaves.