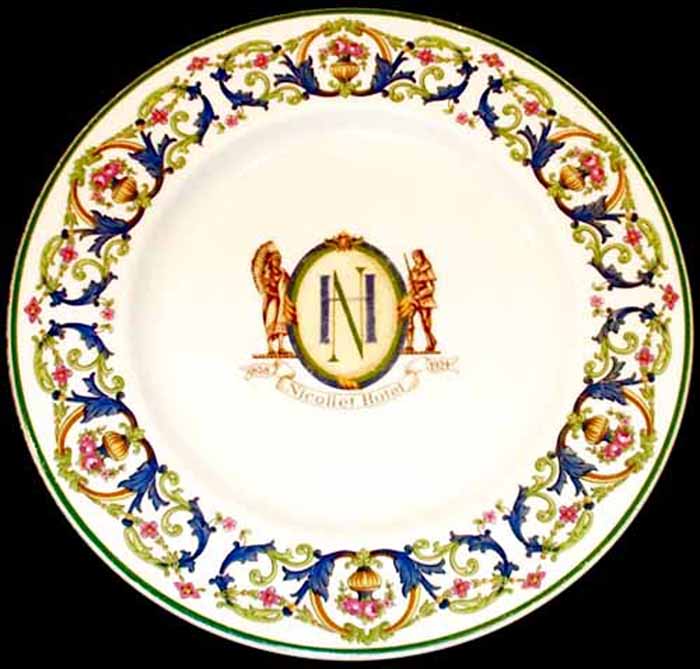 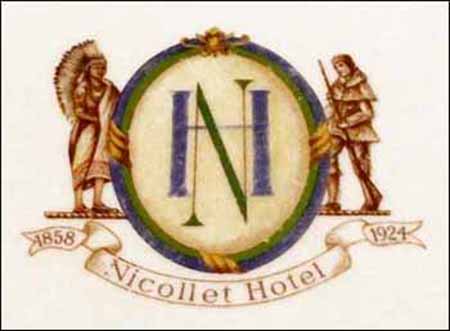 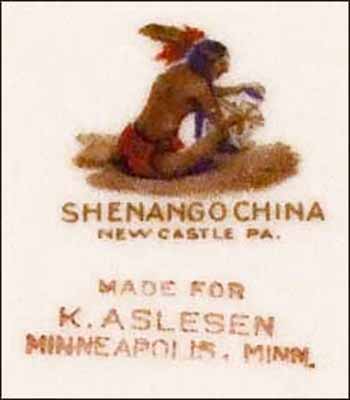 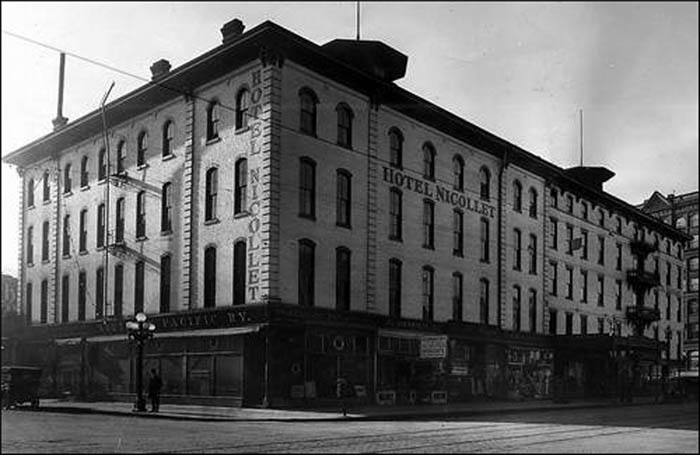 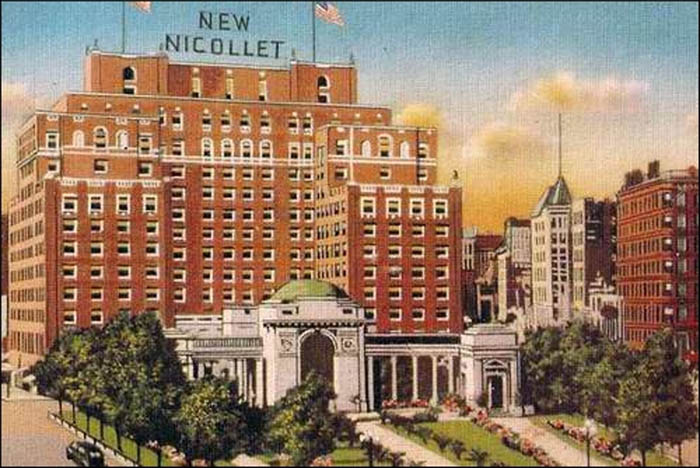 Note: The original four-floor, 79-room hotel was built on Nicollet Street and Washington Avenue in Minneapolis, Minn. in 1858. Some years later, an addition was added along the Washington Avenue side to bring the room count to 179. There were speaking tubes and call bells from every room to the front desk.

The short side of the hotel is on Nicolett Street and the long side is on Washington Street. The original building is on the left, while the addition runs down Washington Avenue on the right.

By late 1922, the old hotel was seeing better days and a consortium of 1,600 investors thought a new and larger hotel would be better suited for Minneapolis. The old hotel closed in early 1923. It was torn down and a new 12-story, 600-room, step-back hotel, designed by Holabird & Roche opened on the same site, June 1, 1924.

The New Nicollet cost $3.5 million. "An elegant hotel was considered necessary for the growth or urban outposts on the midwestern frontier. The Hotel Nicollet provided first-rate accommodations with eastern elegance in a setting of fine tapestries, wool carpets, marble floors, and period furniture. Beautiful banquet halls and elegant dining rooms hosted the region's most diverse and inspired meals. The dining rooms were so popular that on some evenings tables were known to turn over seven times."

In the 1930s, The Nicollet was headquarters for the Old Colony Club, Rotary Club, Kiwanis Club, and the Traffic Club of Minneapolis. It also housed the Minnesota Terrace (for big name entertainment) and the famous Waikiki Room. "The Waikiki Room's atmosphere was authentically South Pacific. Diners sat in chairs from Hong Kong, at tables from Hawaii, surrounded by Formosan bamboo, Philippine coral, Tahitian flowers, and Samoan decorations. Memories were made while savoring imaginative blendings of seafood or chicken in fruity sauces. And no one would ever forget the rum drinks – tall and frosty, sweet and sneaky."

In 1962, the hotel became the Pick-Nicollet. In the 1970s it was sold to a church and renamed Souls Harbor, and housed the aged and others who had fallen on hard times. The building was vacated in 1984 and demolished in 1991. The footprint of the building was a parking lot for years.

White body service plate with a green band on the rim with verdant green and blue acanthus leaves and urns with red roses. The logo in the well of the plate has a Native American on the left of a circular crest with a Frontiersman on the right. Inside the crest are the initials H N in green and blue. Beneath the crest is a banner with 1858 Nicollet Hotel 1924.