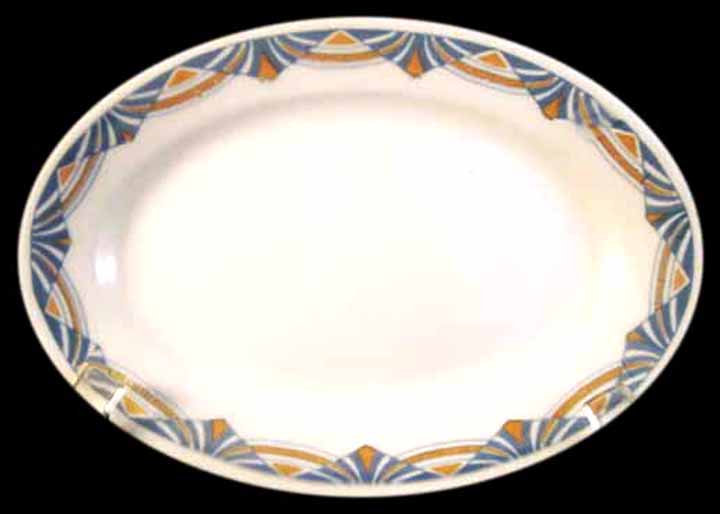 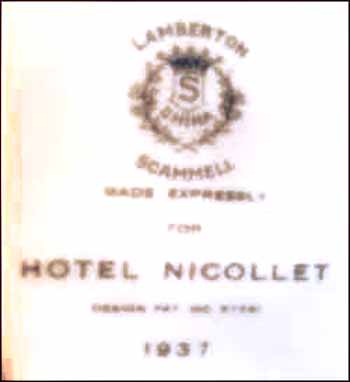 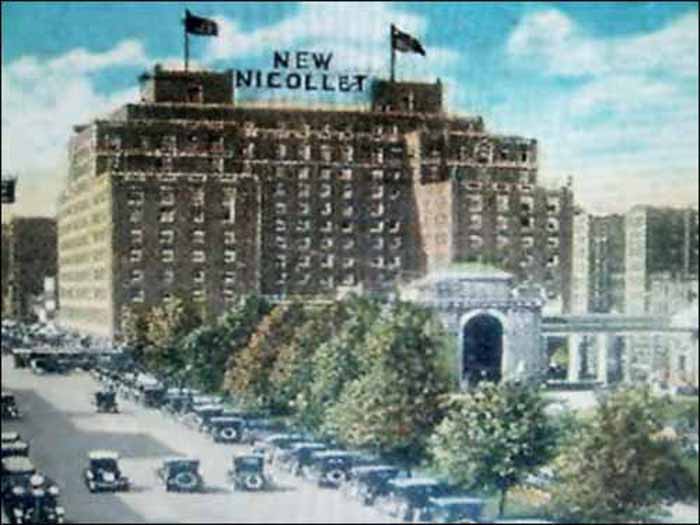 Notes: Long a landmark in the Gateway area of Minneapolis, Minn. the Hotel Nicollet stood at the corners of Nicollet Street and Hennepin and Washington avenues. It was built on the site of the original Nicollet Hotel, which was erected in 1858 and torn down in 1923 to make way for the new Nicollet.

The new Hotel Nicollet — where this piece was used — was a 12-story, 600-room neoclassical building, designed by Holabird and Roche of Chicago. The Pick Hotel chain bought the hotel in 1962 and changed the name to Pick-Nicollet in 1962. The hotel was closed in 1973 and later demolished in 1991.

US Patent Design D87981 was issued on October 18, 1932 to Emil L. Schnepf, assignor to the Scammell China Company.

Lamberton China white body with an Art Deco border of intersecting circles in orange or deep gold and blue.