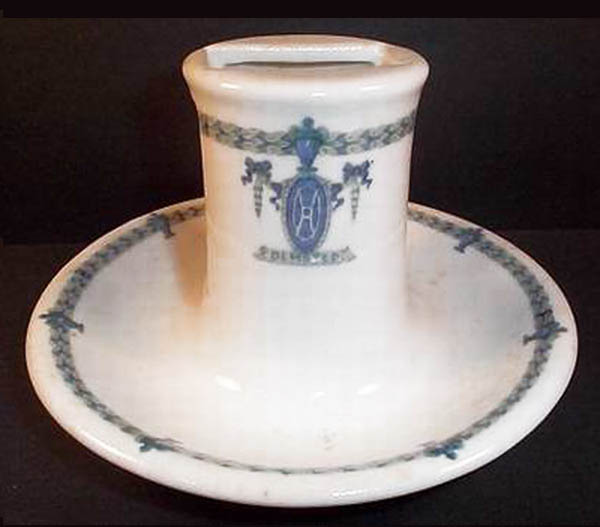 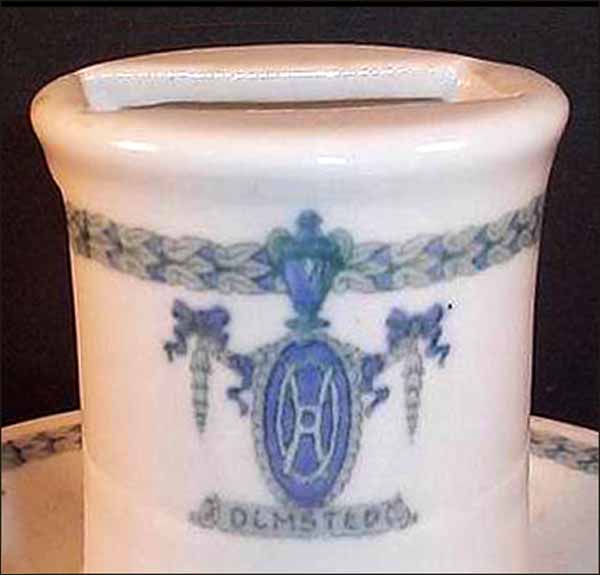 Notes: The Hotel Olmsted was built in 1916 and was located on East 9th Street at Superior Avenue in the Downtown area of Cleveland, Ohio. The hotel advertised as having its own coffee shop and the locally famous Bamboo Room. The hotel was an impressive 13-story, 253-room hotel that featured the European Plan for its guests.

In 1960, the Hotel Olmsted closed its doors. Later, it reopened as another hotel but that also ceased operations and the hotel's structure was eventually demolished circa 1997. The Hampton Inn Downtown now resides at this site.

Match stand has white body, blue and gray circular shield with HO in the center, bellflowers on either side with urn atop. Olmsted in gray banner below. Blue and gray leaf and urn border.

For a different topmark and pattern of the Hotel Olmsted, see the Shenango China pattern: Olmsted Hotel