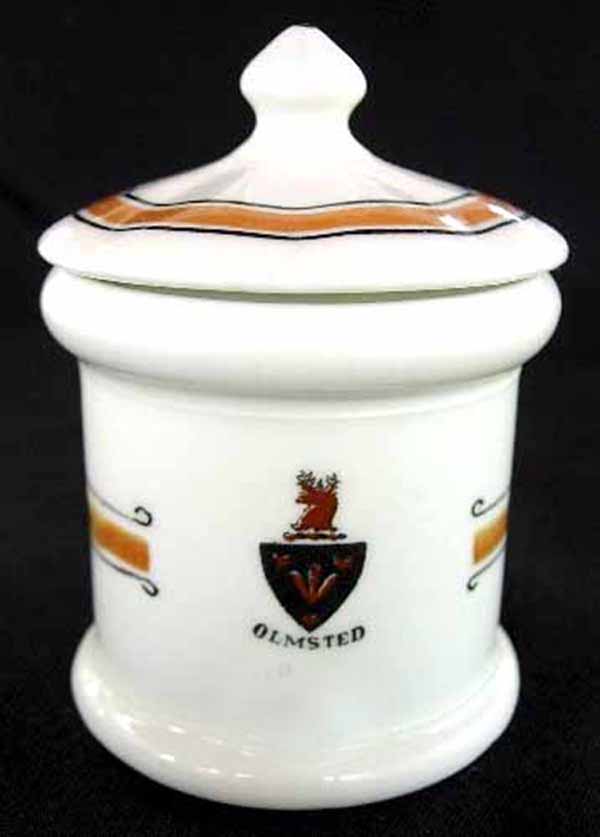 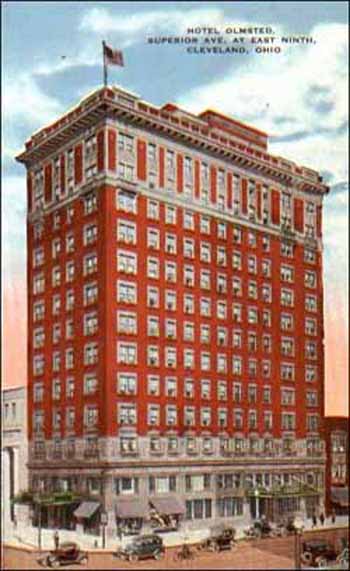 Notes: The Olmsted Hotel was built in 1916 in Cleveland, OH and closed in 1960. It reopened as The Regency House in 1964 with 116 rooms. It originally had 253 rooms with baths, bar, Bamboo Room, coffee shop. It was demolished prior to 1998 and the site is now occupied by the Hampton Inn Downtown.

White body, black and brown shield with brown deer head above with Olmsted in black underneath. Black and mustard stripes. Also found without the name Olmsted below shield.

For a different topmark and pattern of the Hotel Olmsted, see the Iroquois China pattern: Olmsted Hotel 2