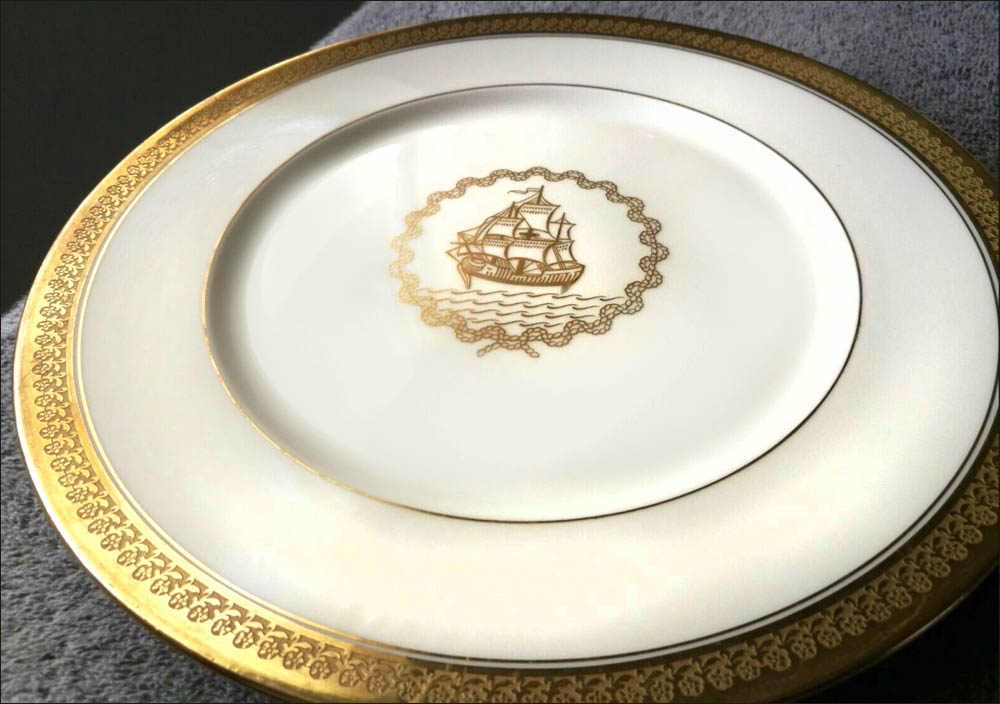 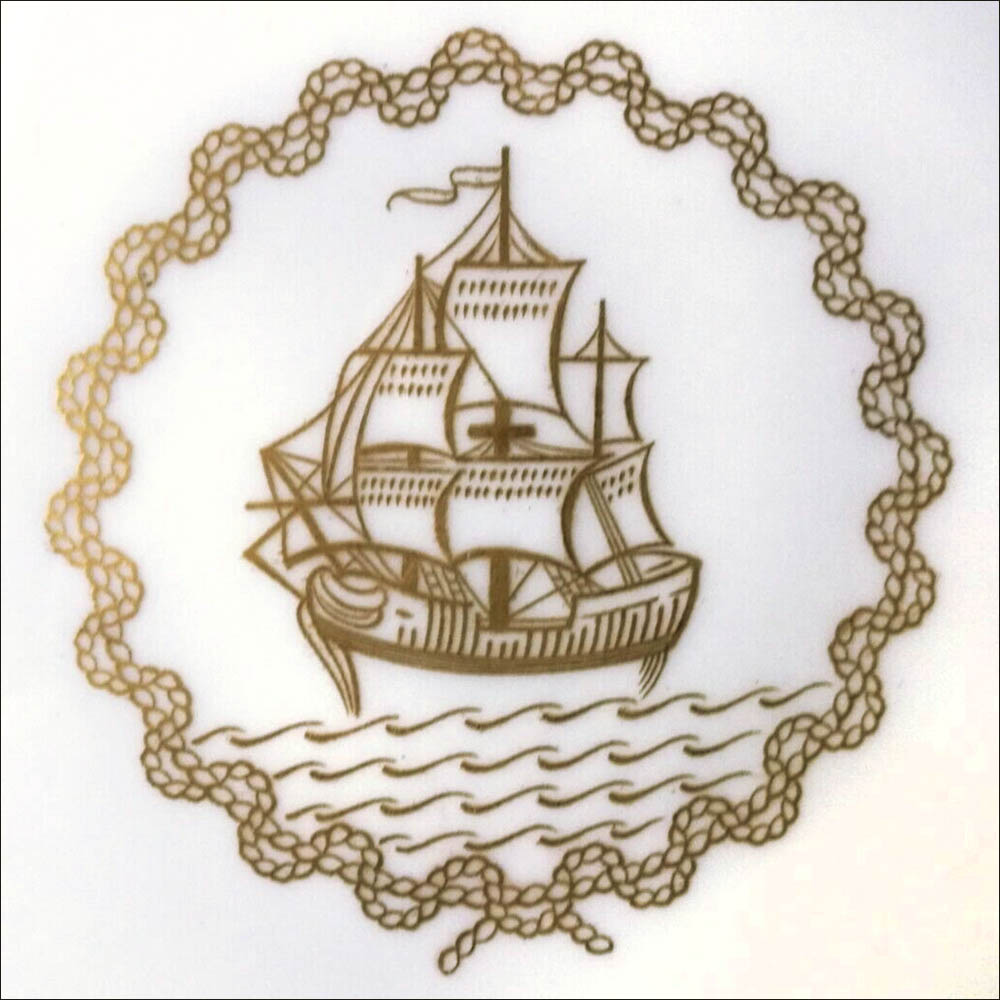 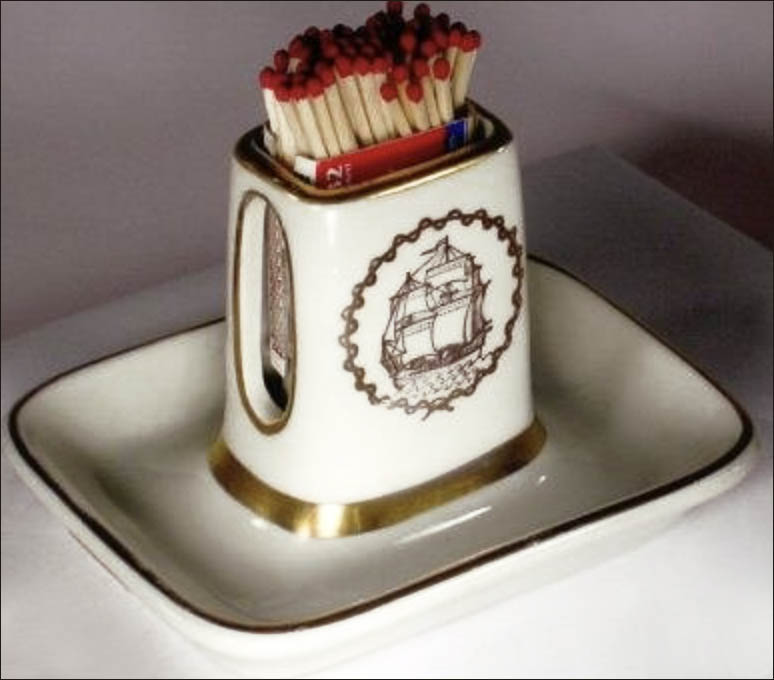 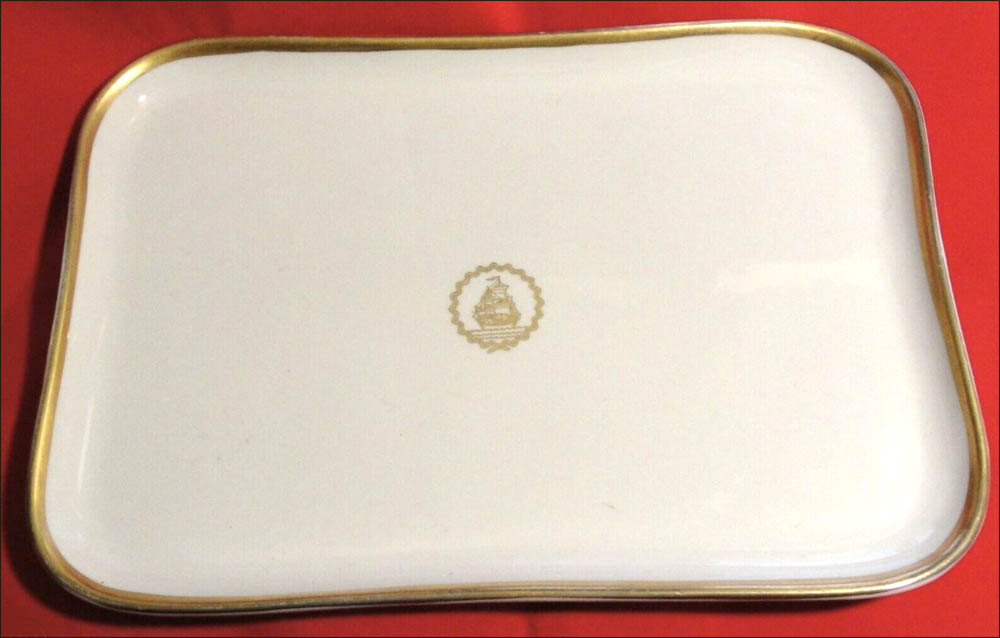 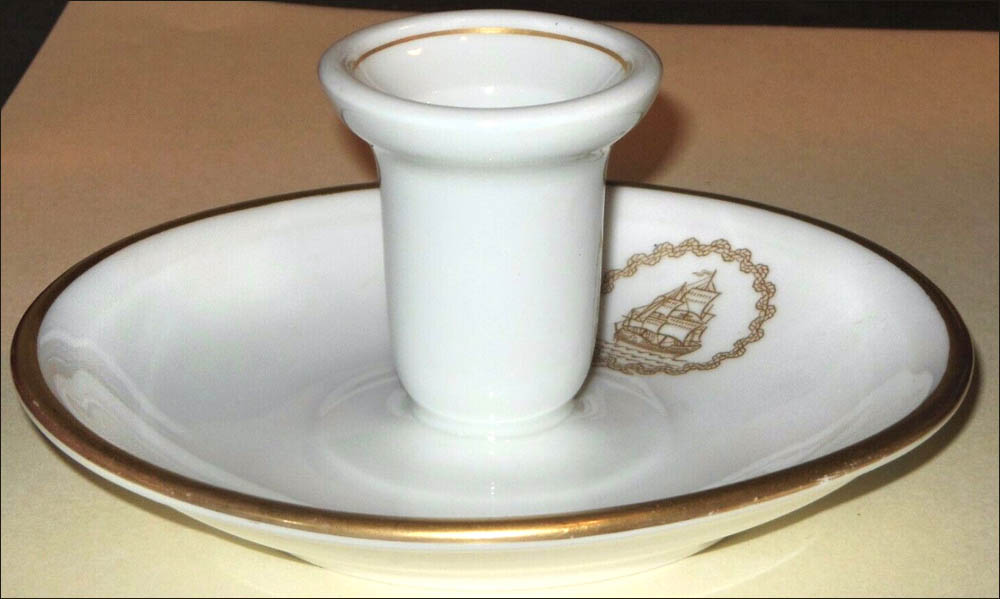 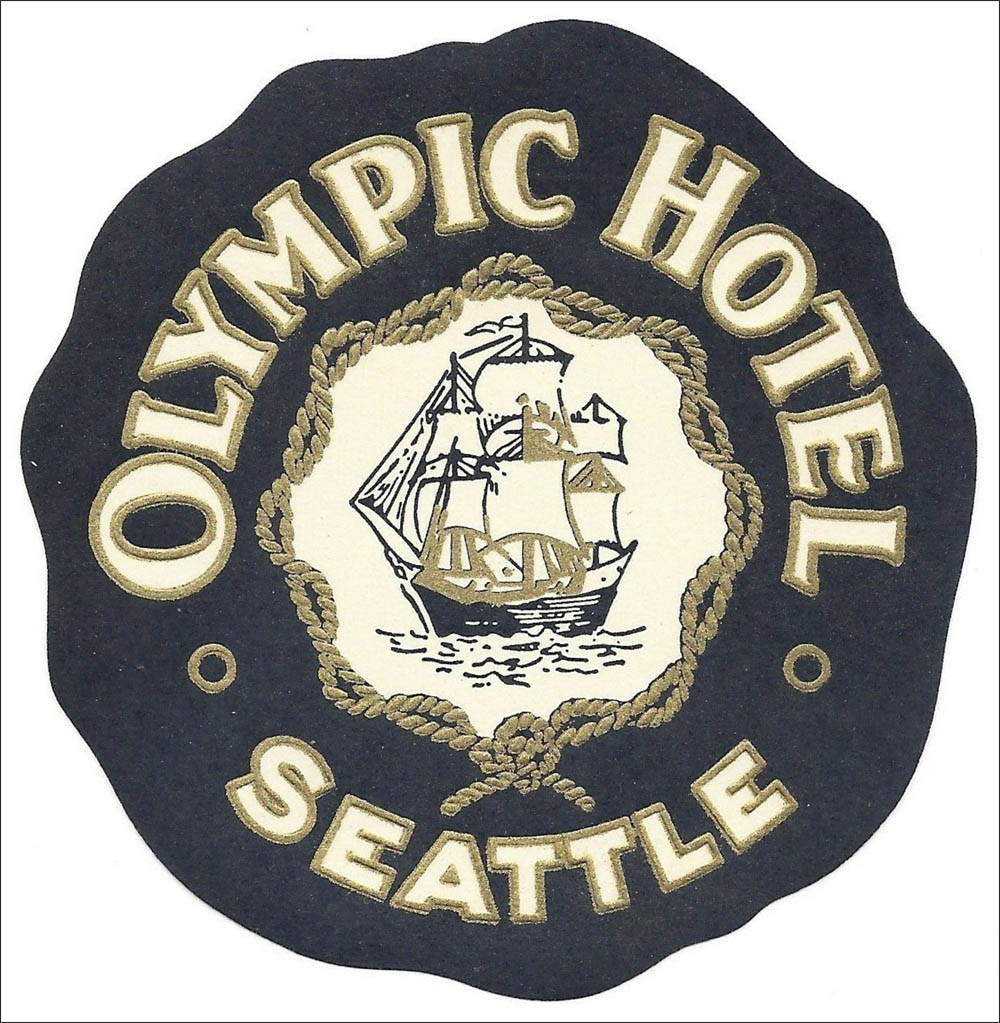 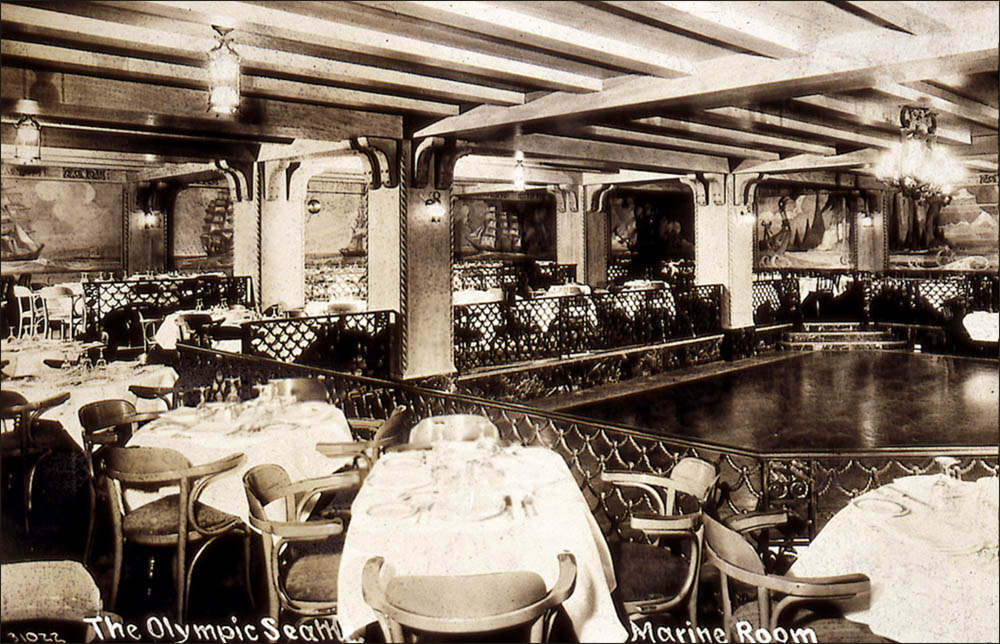 Marine Room at the Olympic Hotel 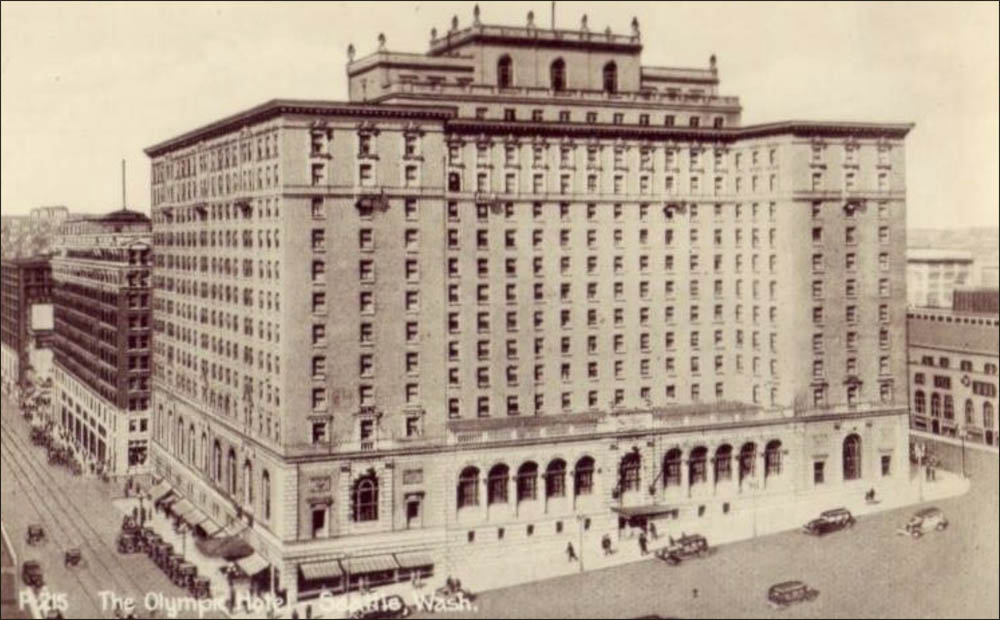 Notes: The Olympic Hotel, at 411 University Street in Seattle, Washington, was built by a group of investors operating as the Community Hotel Corporation. The 13-story hotel, with 618 rooms opened December 6, 1924. It contained several dining venues including the Georgian Room, Marine Room, Palm Tea Room, and the Spanish Ballroom.

Albert Pick & Company supplied the original furnishings at a cost of $800,000.  Over the years it was operated by several hotel companies, starting with United Hotels. In 2003, it became The Fairmont Olympic Hotel, with 450 guest rooms and suites.

The three-mast sailing ship within a rope work circle logo was produced as a coin gold crest by Scammell, Shenango, and Hall. Dresser trays, candle stands, and match holder/ashtrays were used in bedrooms.

Scammell made Ivory body service plates with this coin gold crest in the center of the well. The acid etched border design is finished in coin gold.

Sources:
The Olympic: The Story of Seattle's Landmark Hotel Since 1924, by Alan J. Stein, 2005
Seattle's Historic Hotels, by Robin Shannon, 2010

For additional info:
Olympic Hotel, The by Bauscher China