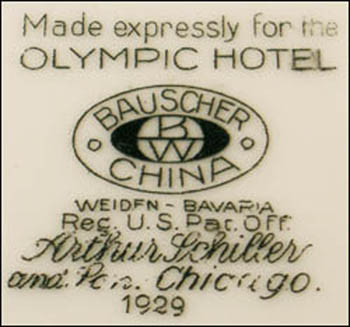 Notes: The 12-story Olympic opened December 6, 1924 in the heart of Seattle, Washington at 411 University Street. The gala opening of the Olympic hosted more than 2,000 guests in lavish Roaring Twenties style. By 1937, additions to the Italian-renaissance-designed hotel increased the room count from 617 to 1,000.

Today, this grand, historic hotel is known as The Fairmont Olympic Hotel and is listed on the National Register of Historic Places.