Order of the Eastern Star – OES 2 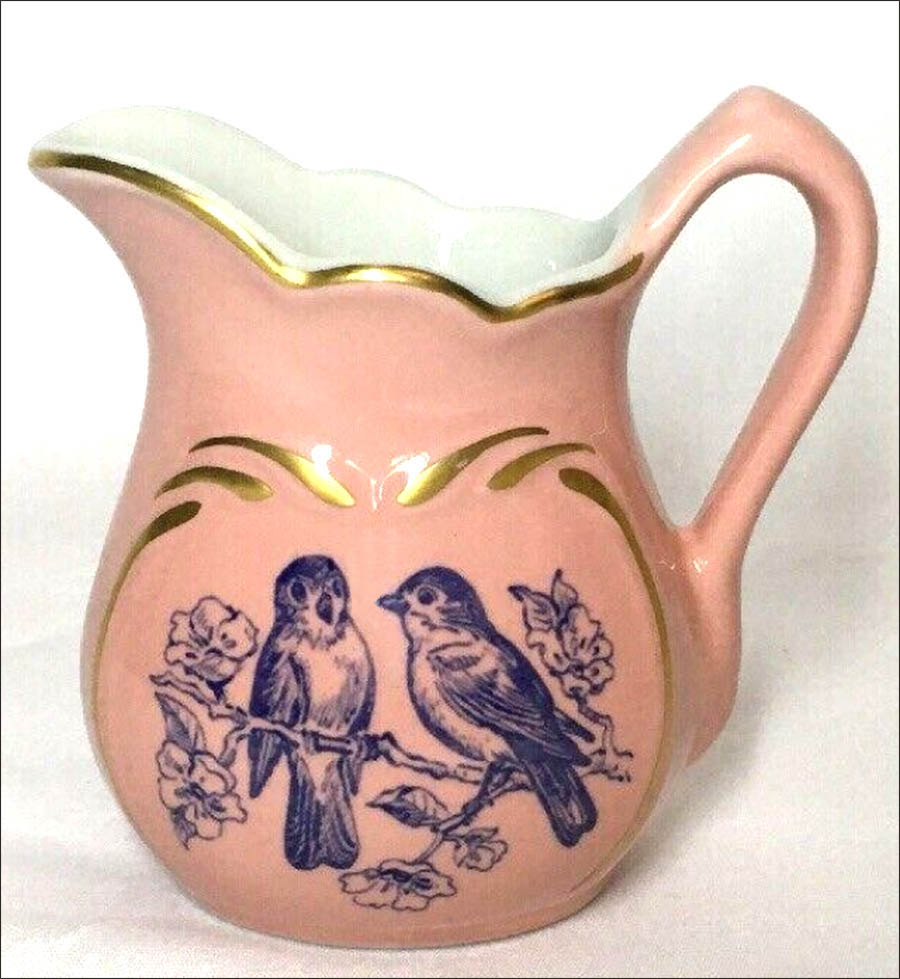 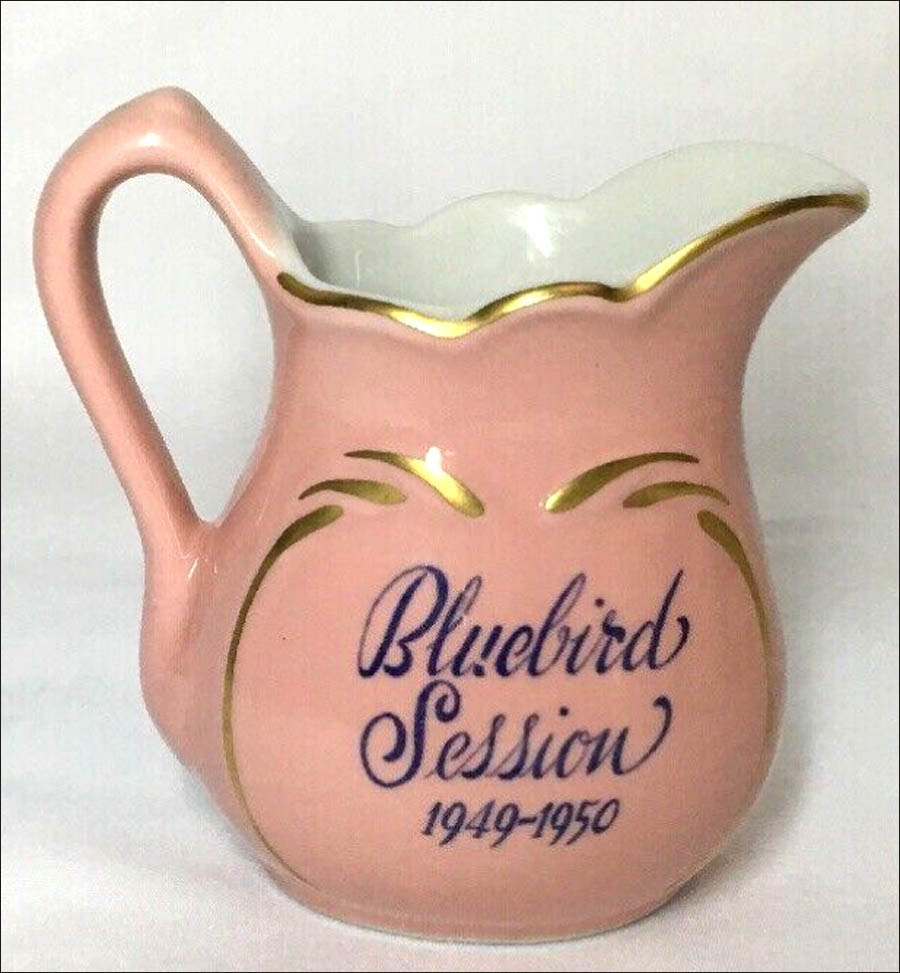 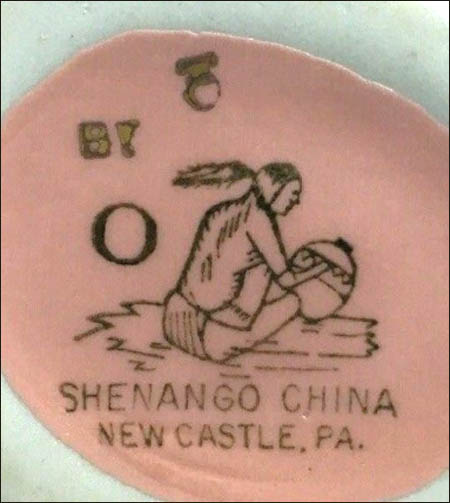 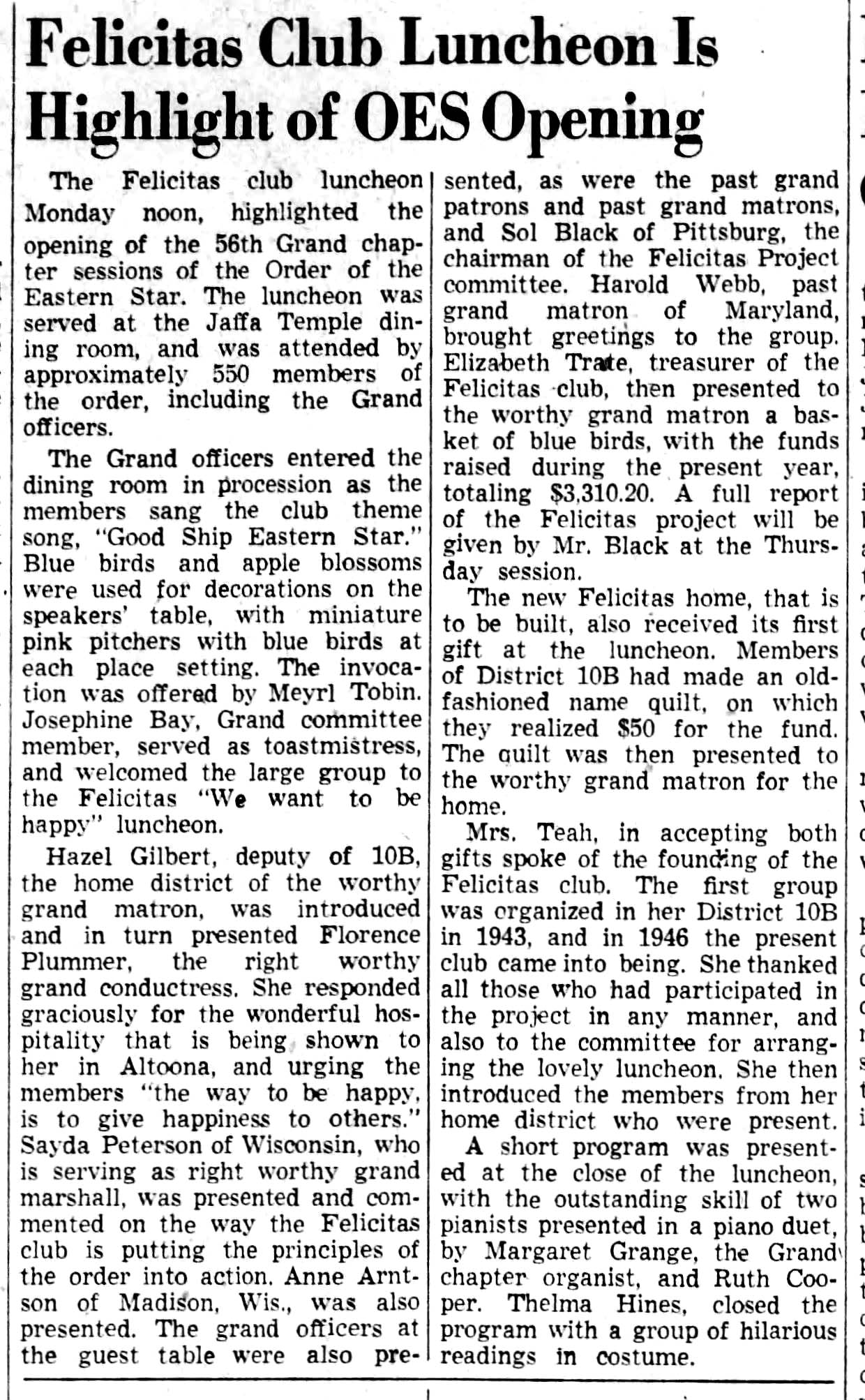 Notes: The Pennsylvania Order of the Eastern Star held its 56th Annual Grand Convention at Jaffa Mosque in June 1950. Located in Altoona, Pennsylvania, the Jaffa Shrine is a chapter organized under Shriners International.

According to Wikipedia, the Order of the Eastern Star (OES) is the largest fraternal organization in the world whose membership includes men and women.

The newspaper clipping shown above from the June 13, 1950, issue of the Altoona Tribune, describes in depth an open session of the convention with a Felicitas club luncheon served at the Jaffa Temple and attended by "approximately 550 members of the order." "Blue birds and apple blossoms were used for decorations on the speakers' table, with miniature pink pitchers with blue birds at each place setting." And the program from the convention (not shown) prominently features a bluebird on it front.

Pink creamer with highlights of coin gold across molded design and rim with two bluebirds – in blue – facing each other on a branch. The reverse side has, in script in blue: Bluebird Session 1949-1950.

For related info:
Order of the Eastern Star by McNicol China