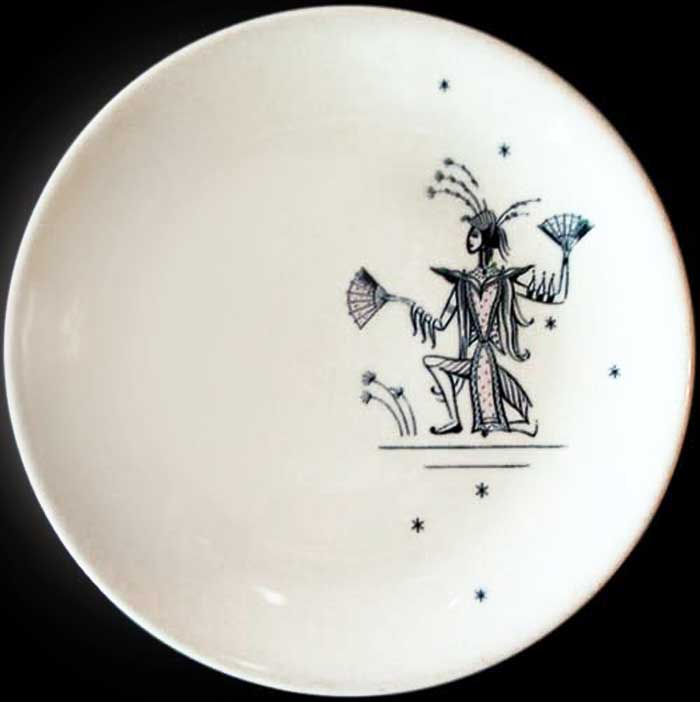 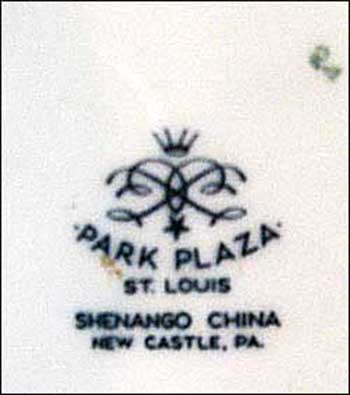 Notes: This plate is clearly marked on the back for the Park Plaza, St. Louis, and includes the hotel's distinctive reversed P logo with crown and star.

Construction of the 30-story Park Plaza in St. Louis, Missouri began in 1929 and was completed in 1931. At the time it was completed, the owner of the Park Plaza also acquired control of the adjoining Chase Hotel, and by the mid-1950's the two hotels had combined operations and became the Chase-Park Plaza Hotel, which remains open today.

It was during the 1940s that Hollywood artist/designer Tony Duquette created the interiors for the Park Plaza in St. Louis, as well as for the Park Sheraton in Washington, D.C. It is believed that this plate was part of that design, with its Kismet or Persian style fan dancer motif in pale pink and deep blue that is very similar to interior photos from that era of both hotels.

Hutton Wilkenson, who was a design and business partner of Duquette, was contacted about this plate and said, "It was a custom order for them and never repeated or reproduced … Tony Duquette only did custom orders."

ID and photos contributed by myhermitude