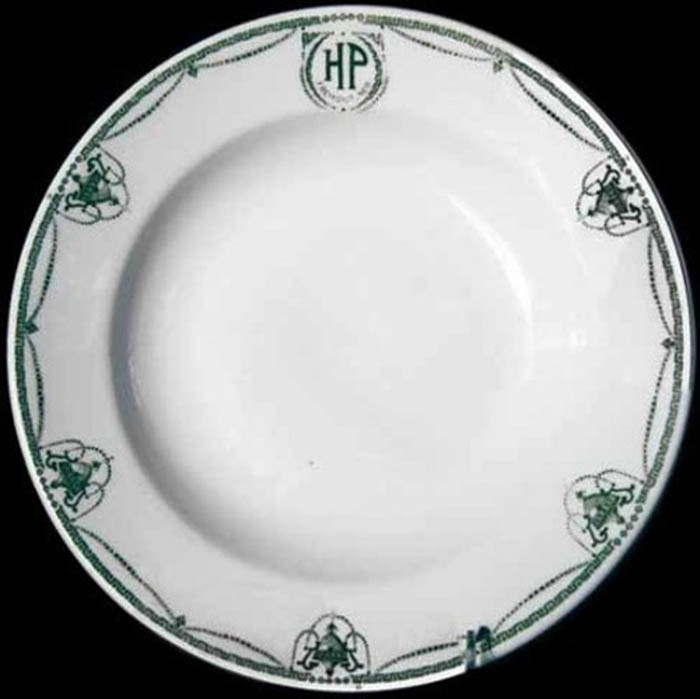 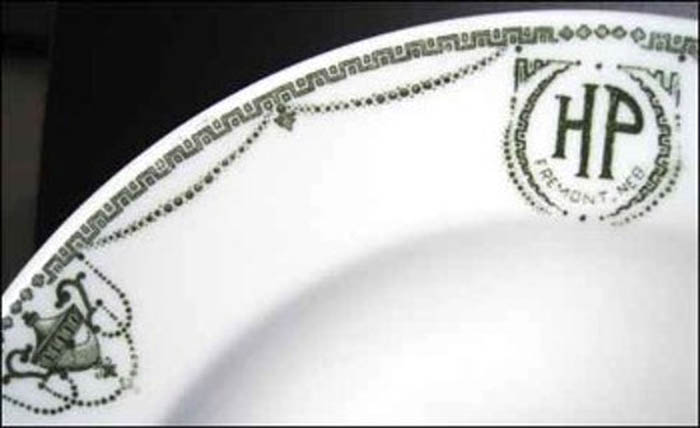 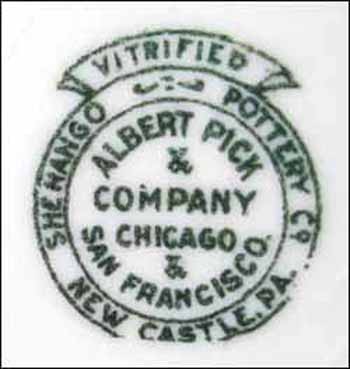 Notes: Located at Sixth and Broad Street in Freemont, Neb., this six-story, 115-room hotel opened in 1917 on the site of the former Eno Hotel. Originally owned by R. D. McFaddan, in the mid to late 1920s it was a Dressel & Dressel hotel and from 1940 to 1956 it was an Edward Boss hotel. The hotel became low-income housing in the early 1970s.

"On January 10, 1976, the Pathfinder Hotel exploded due to a natural gas leak in the basement. At the time the hotel was being used as apartments, mostly occupied by senior citizens. It also was a meeting place for philanthropic and business organizations, and had a drug store on the northwest corner. This explosion shattered windows around the city and the ensuing fire killed 23 people and destroyed most of the city block which the hotel sat on."

White body, green geometric line with swags, garland and urns on the verge, circular wreath with HP inside and Fremont, NEB below.