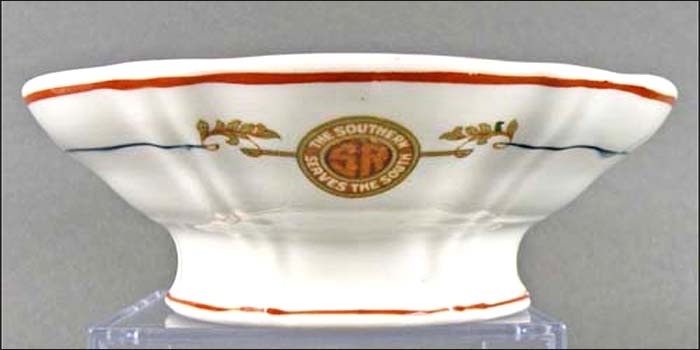 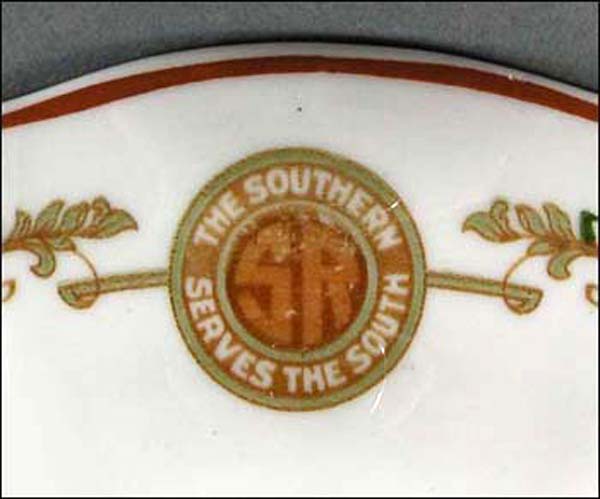 Notes: Peach Blossom was the name given to this design by railroad authors. In his book "The Official Guide to Railroad Dining Car China" Doug McIntyre called Peach Blossom a stock pattern (without the topmark) and wrote that it was "referred to by Buffalo as the Rice Hotel pattern."

The design was customized for railroad use either by the placement of the Southern Railway topmark or by a backstamp, and occasionally by both.

Pieces without the topmark or a Southern backstamp would not be considered to have seen railroad use.

The topmark on this footed bowl is an olive green circle that has the words in white, THE SOUTHERN SERVES THE SOUTH, placed in a circle. In an concentric, interior circle are the letters in orange, SR, on a dark orange red background. Also on the border is a deep orange red line and a basket of (ostensibly) peaches and vine design, in green.