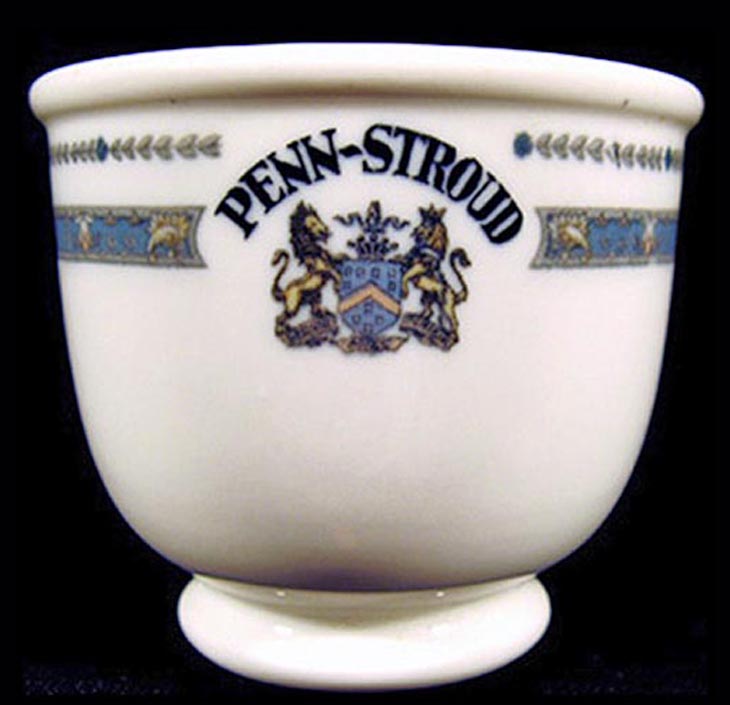 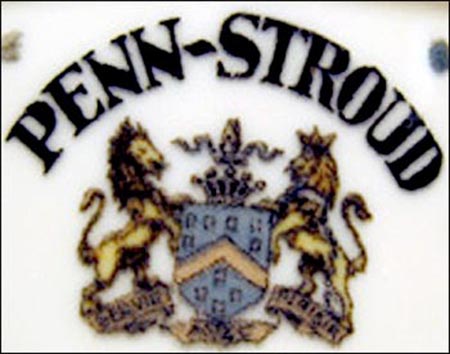 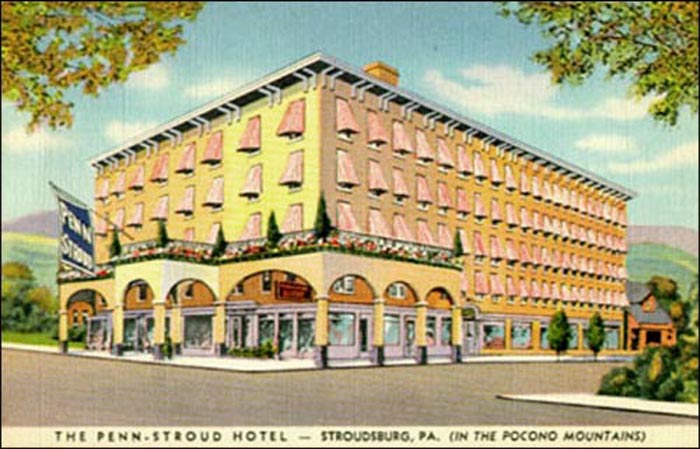 Trenton China white body with ornamental border in shades of blue, brown and tan. Topmarked Penn-Stroud in black above a multi-colored coat-of-arms crest, featuring a blue shield with small squares divided by a chevron, flanked by two rampant lions. There is a crown and scroll above the shield and a three-part latin-inscribed banner beneath the shield.

Photos of eggcup contributed by teabear