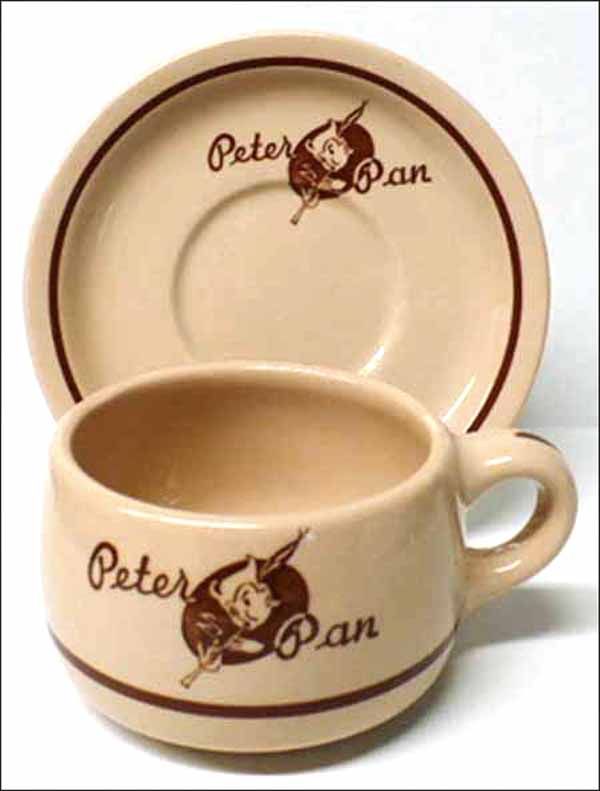 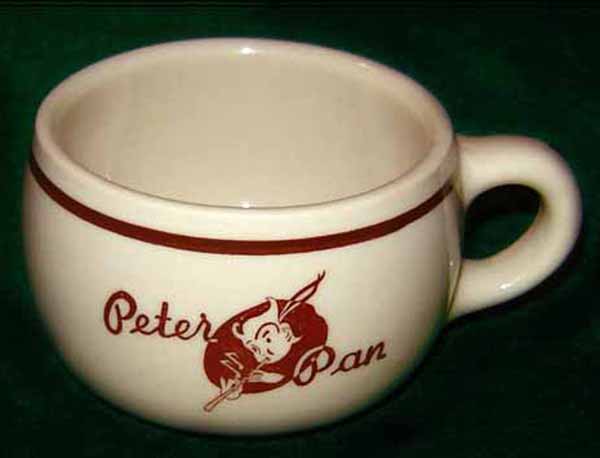 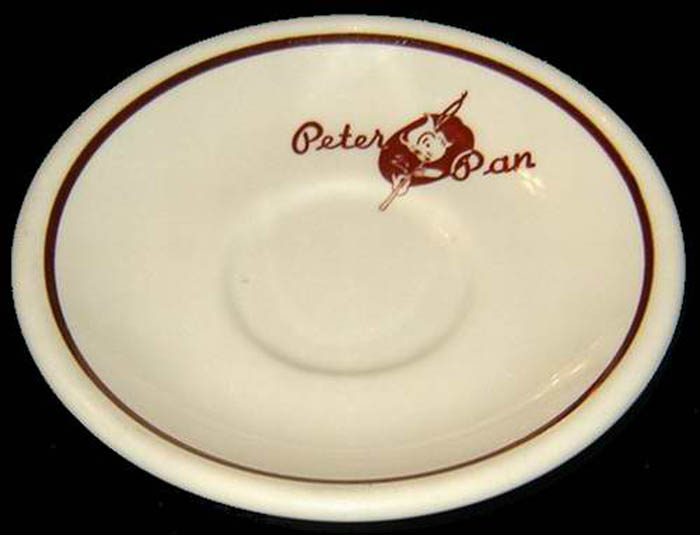 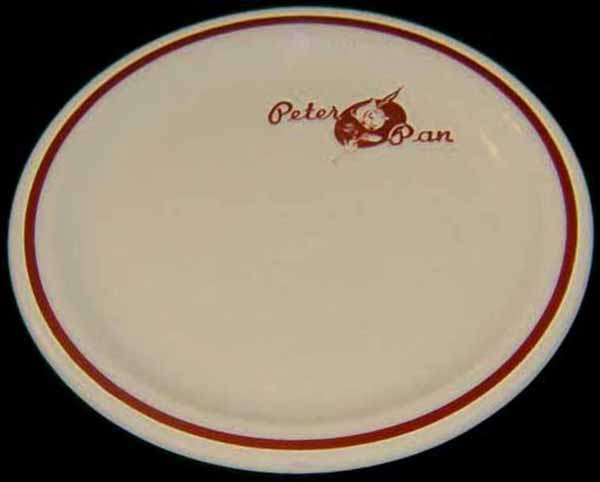 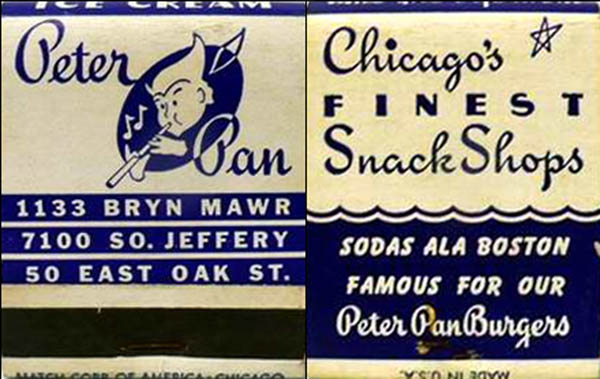 Notes: Notes: According to ChicagoTonight, the first Peter Pan Snack Shops opened in Chicago somewhere between 1942 and 1945 (depending on source) in the Edgewater neighborhood. The owner was Chris Carson, and he began the chain of what was to be seven or eight restaurants in the Chicago area.

Ads for the restaurants touted them as the place "Where Happy People Meet to Eat."

Carson sold the business to Mid-West Drive-In Theatres, Inc. in 1952 or 1953 (again, depending on source). Based in Boston, Mid-West expanded its business to drive-in restaurants by 1960 and built the existing chain to 18 stores, including locations in Detroit and Boston. At that time it had changed names to General Drive-In.

In 1961, however, Drive-In's founder Phil Smith died, and his son-in-law, who was also involved in the business, died as well. Without their leadership, within a few years the restaurants had been sold so the company could concentrate on its movie theaters.

Tan body with a dark brown stripe border. Topmarked in dark brown with a logo of Peter Pan playing a flute, his head tilted downward, adorned with a feathered elfin hat. This was the first of two logos used by the chain.

Photos contributed by matthanne1 and kathleen