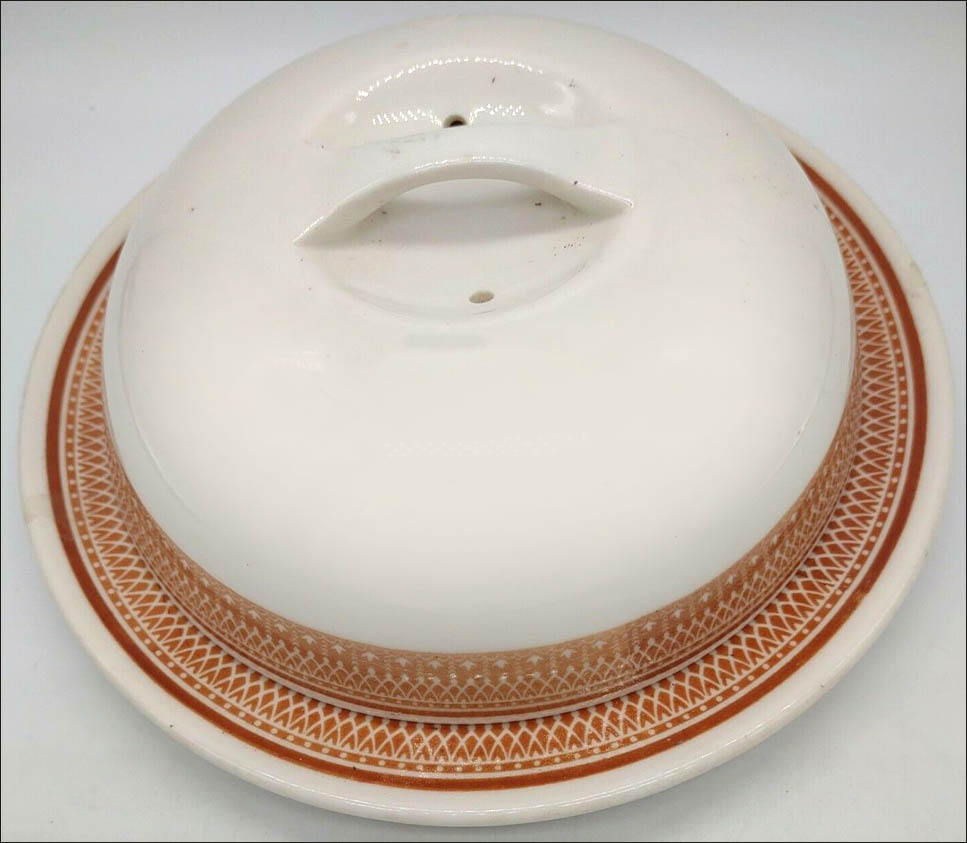 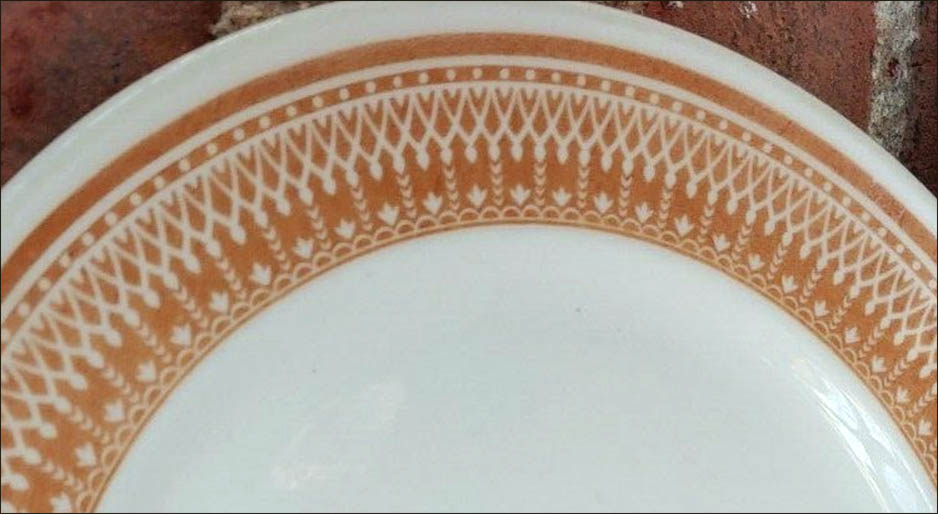 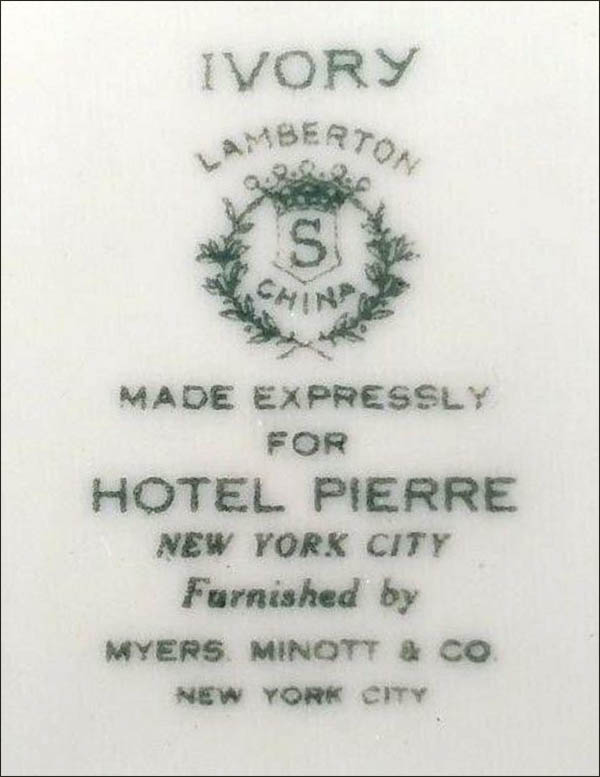 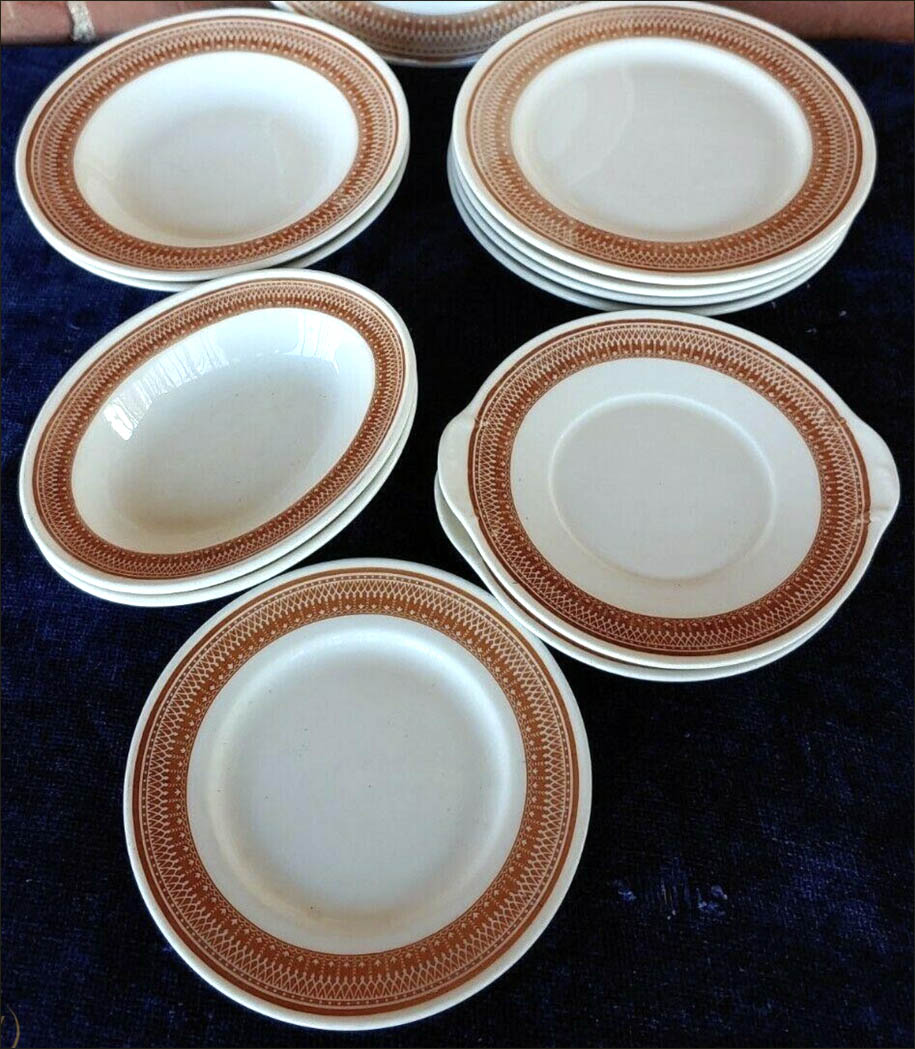 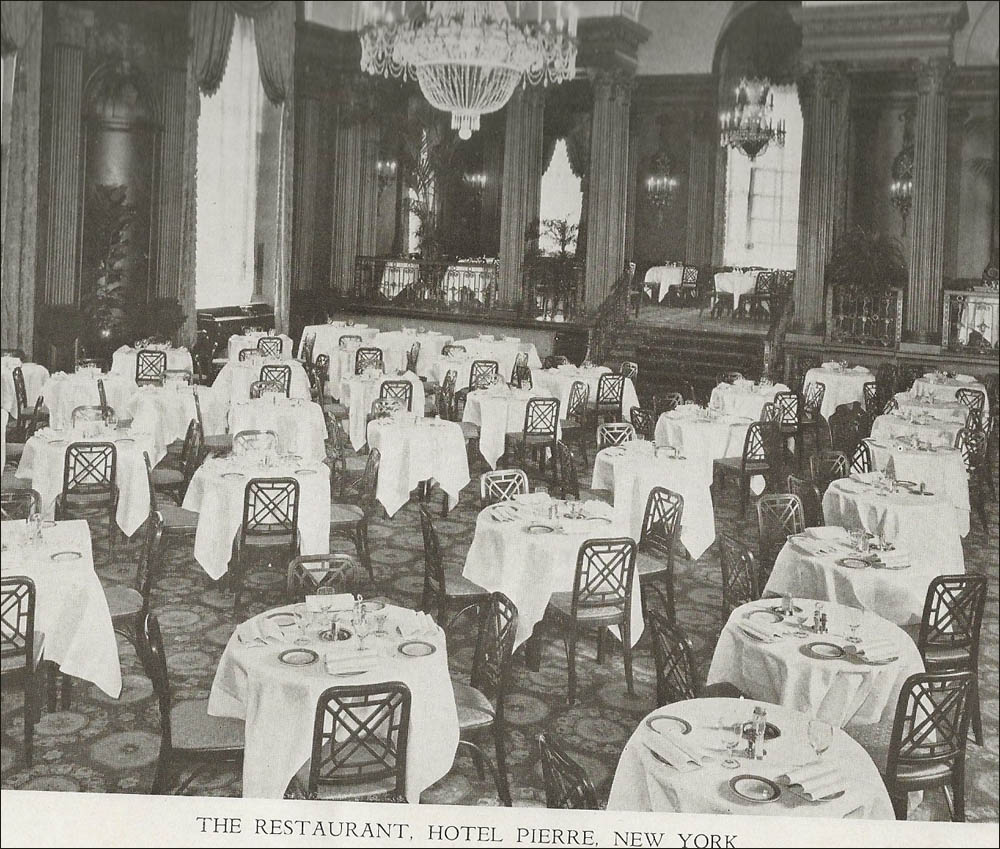 Dining Room at the Hotel Pierre 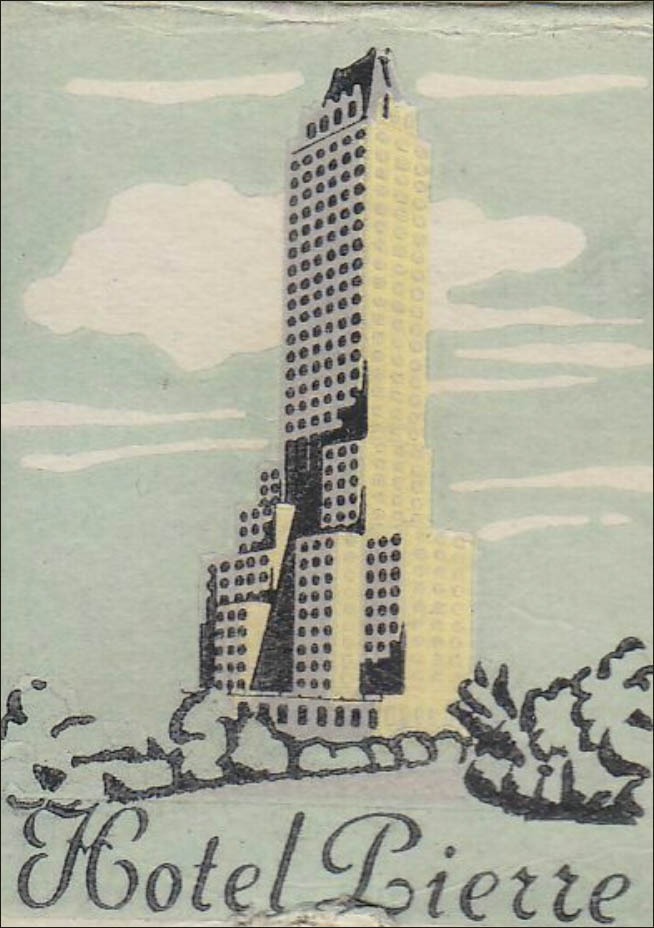 Notes: The 45-story, 714-room Hotel Pierre, on the corner of 5th Avenue and E. 61st Street in New York City, opened October 1, 1930.  It was built by a group of wealthy investors, with French-born chief Charles Pierre Casalasco as president. It contained several dining venues when it opened, and a roof garden, opened in 1934. The Pierre went bankrupt in 1932. Oil millionaire J. Paul Getty bought the Pierre in 1938. In 2005, it was leased by the Taj Hotels Group. In 2010, it underwent a $100 million renovation.

Scammell got a contract to supply one of the several patterns used in the Pierre.  This pattern, on Ivory Lamberton body, has a full border design in drop out ivory on a reddish-brown background.

Myers Minott & Company, of New York City, was the distributor. This china is shown on the tables in a 1930 promotional booklet published by Myers Minott.