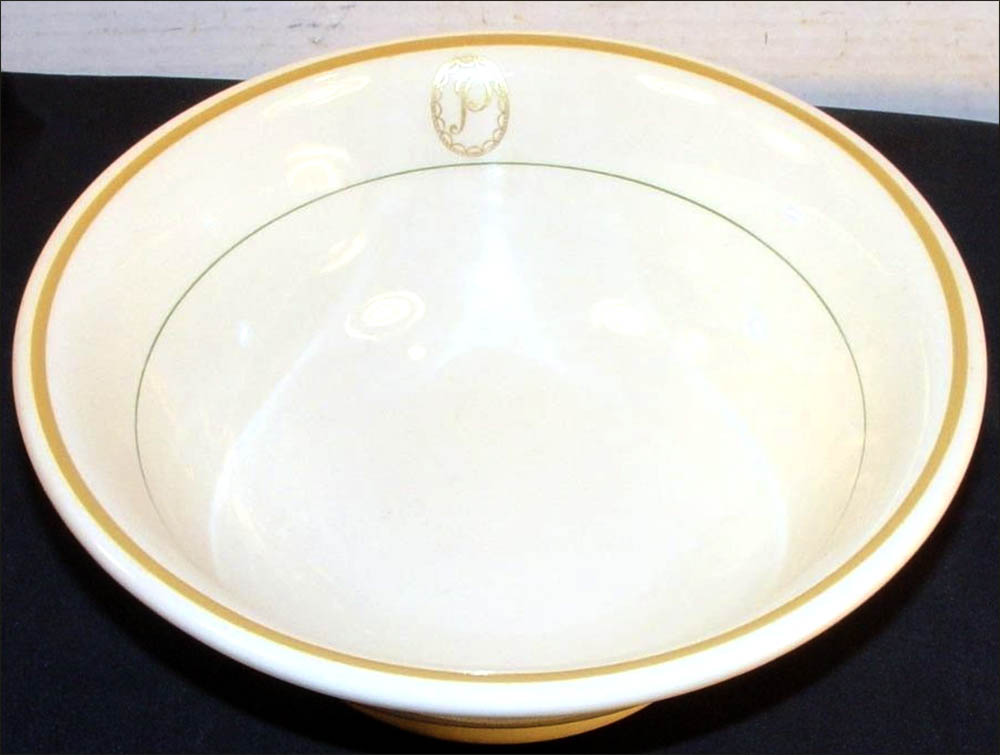 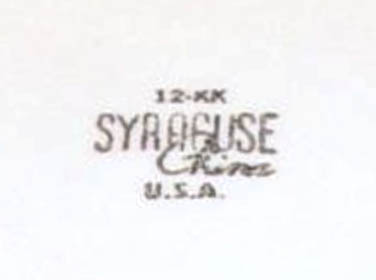 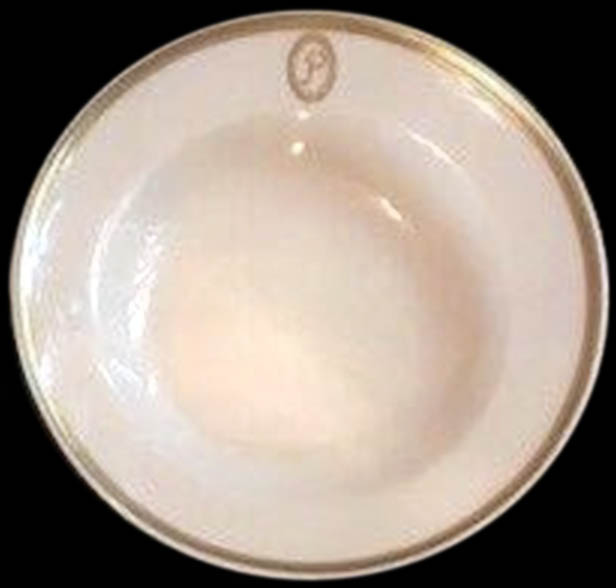 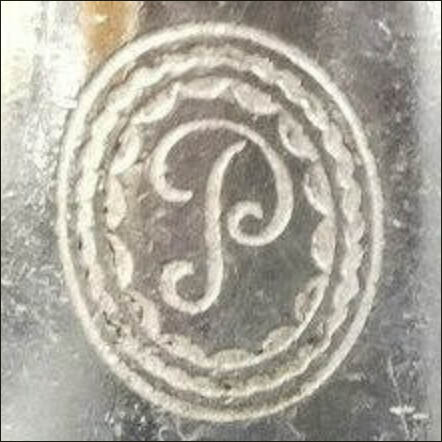 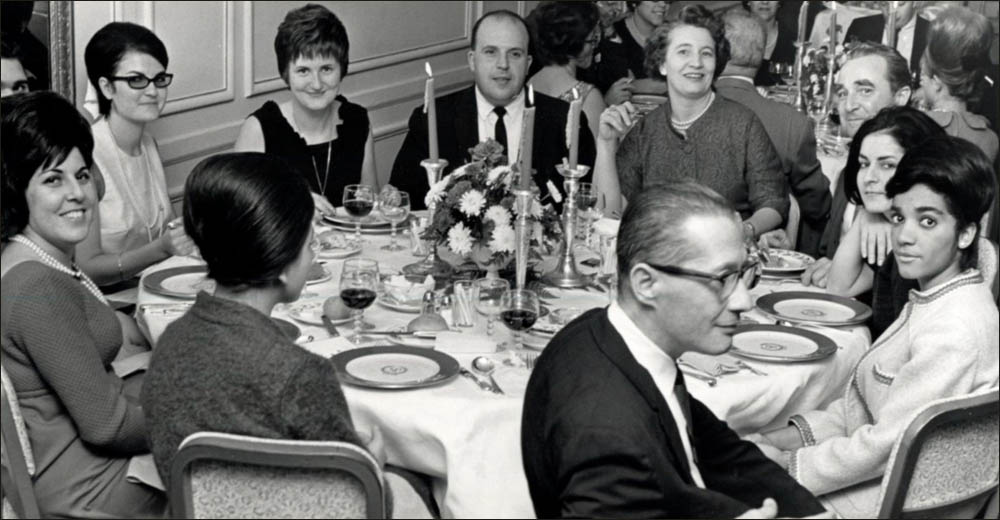 1960s Photograph of Service Plates in use at the Hotel Pierre 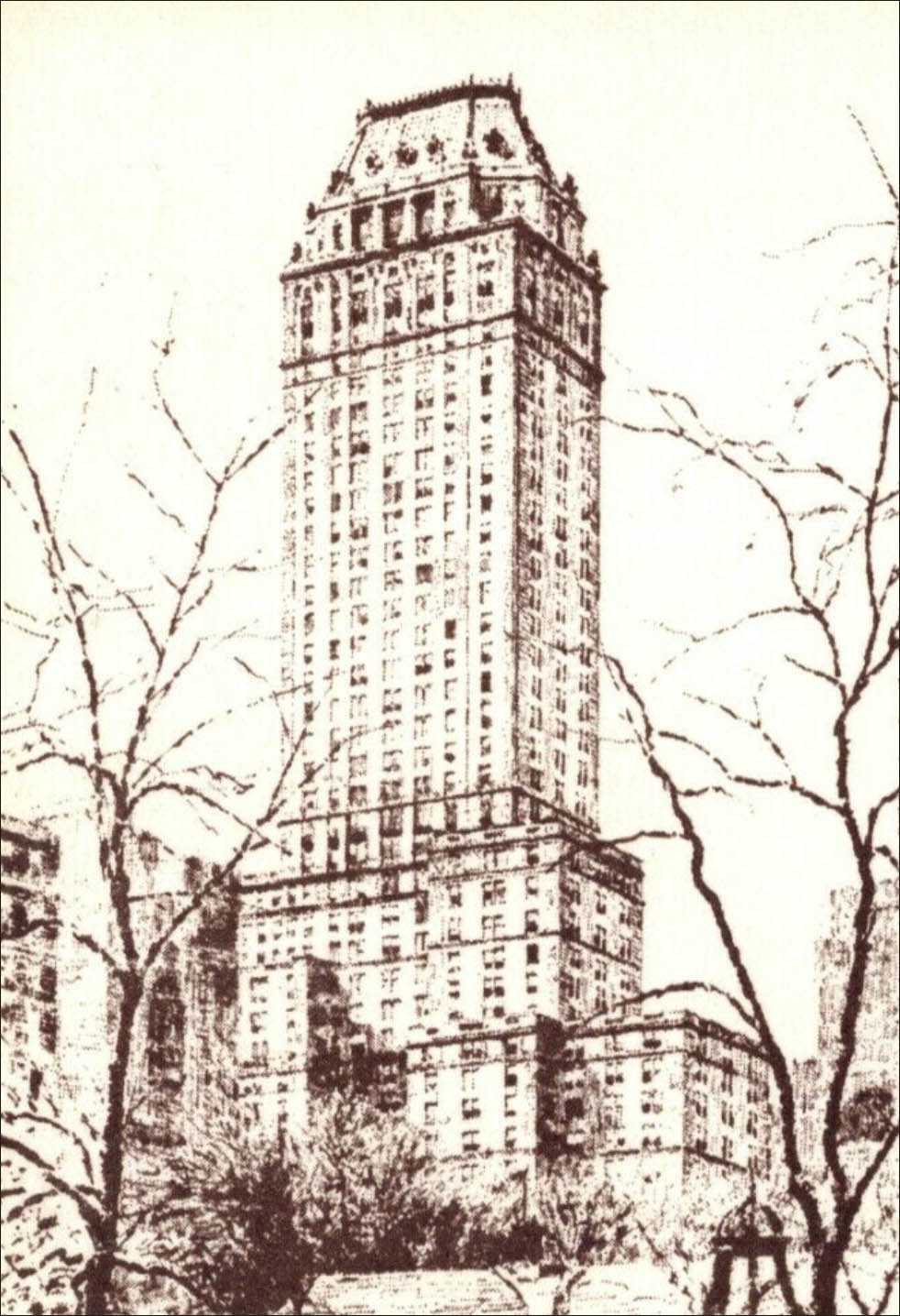 Notes: The 45-story, 714-room Hotel Pierre, on the corner of 5th Avenue and East 61st Street in New York City, opened October 1, 1930.  It was built by a group of wealthy investors, with French-born chief Charles Pierre Casalasco as president. It contained several dining venues when it opened, and a roof garden, opened in 1934. The Pierre went bankrupt in 1932. Oil millionaire J. Paul Getty bought the Pierre in 1938. In 2005, it was leased by the Taj Hotels Group. In 2010, it underwent a $100 million renovation.

Scammell got the contract to supply Lamberton China crested in coin gold with a script "P". The initial is in a vertical oval with an outer rope border and inner loops.  This china has coin gold rim lines.

Syracuse also produced this pattern. The one known survivor is a salad bowl with a "12kk" date code, which is for December 1956.  This bowl has a mustard gold rim band and a green verge pin line. It may be that Syracuse received the contract after Scammell closed in 1954.  There are International Silver Company hollowware pieces with this oval crest. The known silver pieces date from 1947 to 1970. This may be a pattern that was introduced following WWII. A 1960s photograph shows service plates with the oval crest in the center of the well, and a dark border.