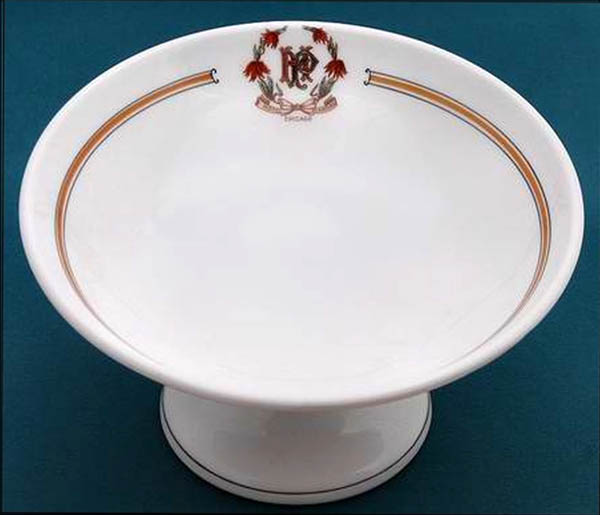 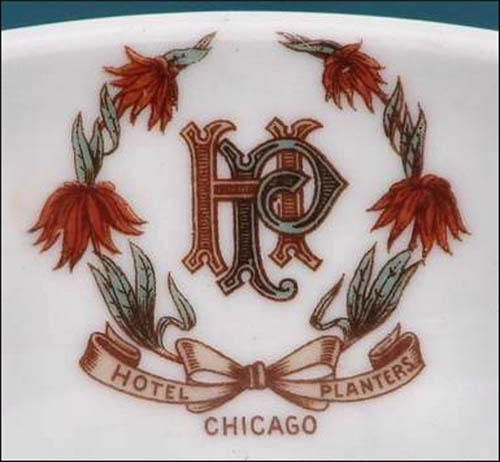 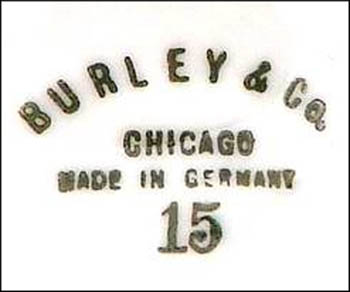 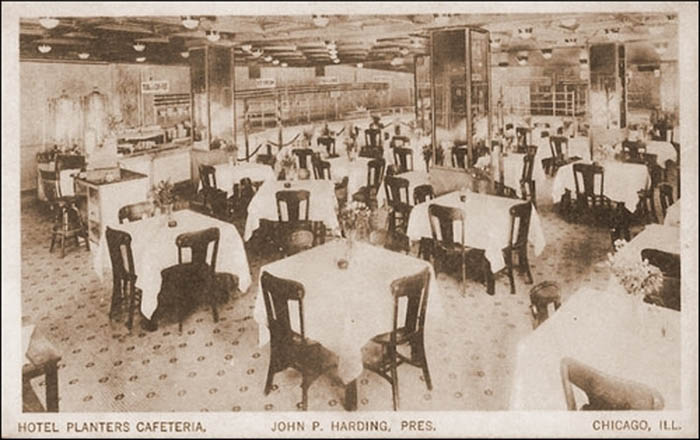 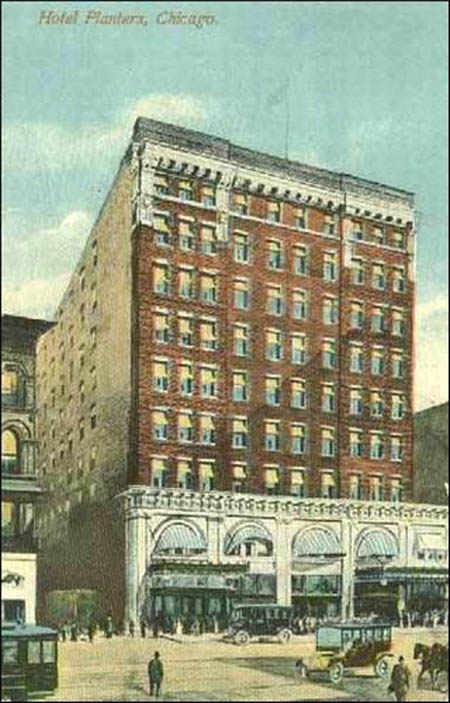 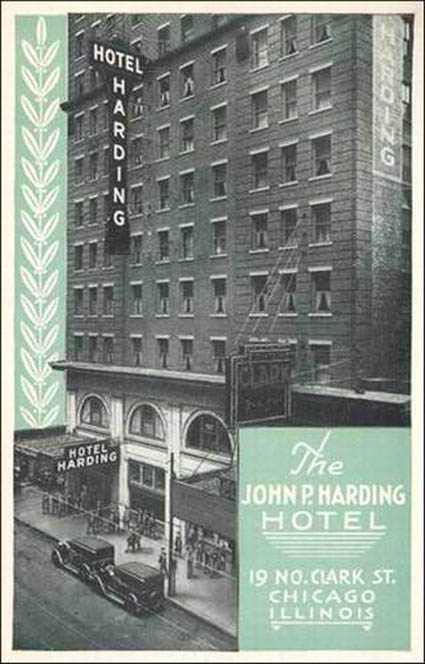 Notes: The 9-story building located at 19 North Clark Street in Chicago, IL was designed by Architect John O. E. Pridmore and consisted of a 200-room first-class hotel, a restaurant and a first-floor theater, known as the little red Columbia Theater. In 1910, The Gayety Theater Company of New York first leased the hotel section to wealthy liquor distributor Martin J. Breen, who died unexpectedly in April 1911. After Breen's death, John P. Harding assumed the hotel lease with the Gayety Theater Company of NY and was president of the Hotel Planters Company through 1922.

In December 1922, the Gayety Theater Company sold the Planters Hotel and the Columbia Theater to Albert H. Woods (who renamed the theater the Adelphi, and years later it became the Clark Theater). Woods apparently sold the hotel posthaste to Erwin L. Wenzel of the Wenzel Hotel System, as The Who's Who in Chicago published by Albert Nelson Marquis, confirms that Wenzel purchased the Planters Hotel in 1922. Wenzel then sold the hotel in January 1926 to Frank W. Warden and William E. Bayfield, and six months later (June 1926), William Bayfield sold his 50% hotel interest to George W. Youst. The 1931 Wrigley's Hotel Directory listed G. W. Youst as the President & Manager of the Planters Hotel.

In April 1933, John P. Harding — who by then owned the Harding Hotel Company and a successful Chicago chain of grill rooms & sandwich shops under the John P. Harding Restaurant Co. — once again leased the Planters Hotel for a five-year term, invested $90,000 in hotel modernization and renamed it the John P. Harding Hotel. After Harding's death in March 1943, the hotel went back to its original name, and it was listed in the 1948-49 Hotel Red Book as the Planters Hotel with E. L. Wenzel as President (yet again).

In the years that followed, the hotel suffered from severe urban blight, which Chicago Tribune reporter James O. Jackson summed up: "If hotels could have police records, the Planters would have one as long as its fire escape." By January 1974, the hotel had been evacuated and the First National Bank demolished the hotel floors that year. A few years later, the entire building was razed for the construction of the Three First National Plaza Building (completed 1981).

White body with black pinlines on each side of an orange band around the rim. Topmarked with an intertwined dark orange and gray-green "HP" within a wreath of orange flowers and long gray-green leaves. The wreath is joined by an orange bow with the words "HOTEL" and "PLANTERS" written in the ribbon streams. The word "CHICAGO" appears beneath the wreath.