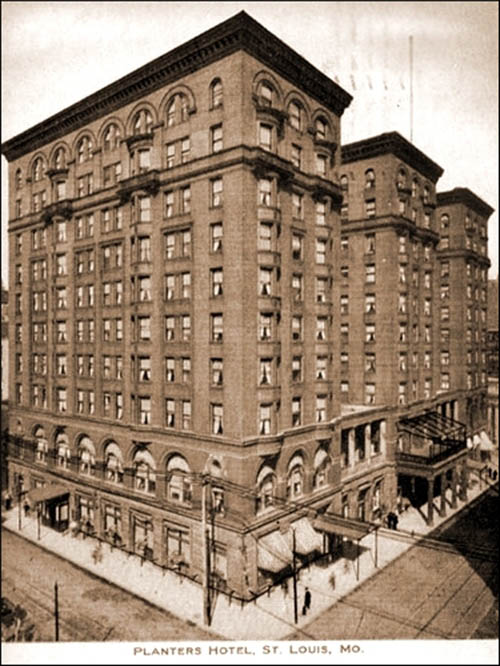 The third, 400-room, ten-story Planter's House Hotel was built in 1894. This hotel closed in 1922, was converted to office space and later renamed the Cotton Belt Building in 1930. It was headquarters for the Cotton Belt RR until the mid-1950s. It was razed in 1976.

White body with a dark green scrolling floral and leaf border; topmarked with the Planter's Hotel crest featuring two griffons flanking a shield with intertwined initials, a helmet on top and a banner beneath that reads: Planters Hotel.