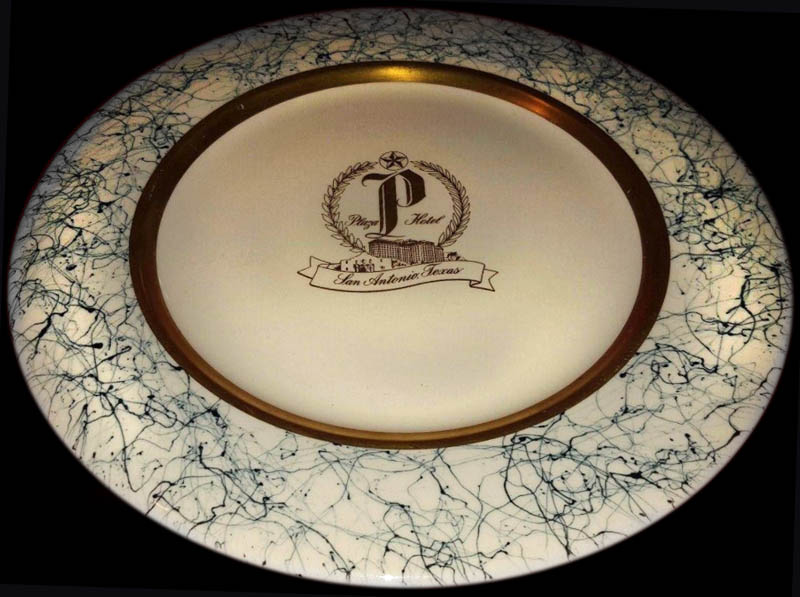 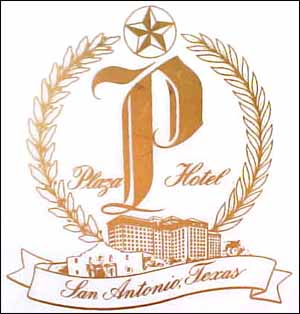 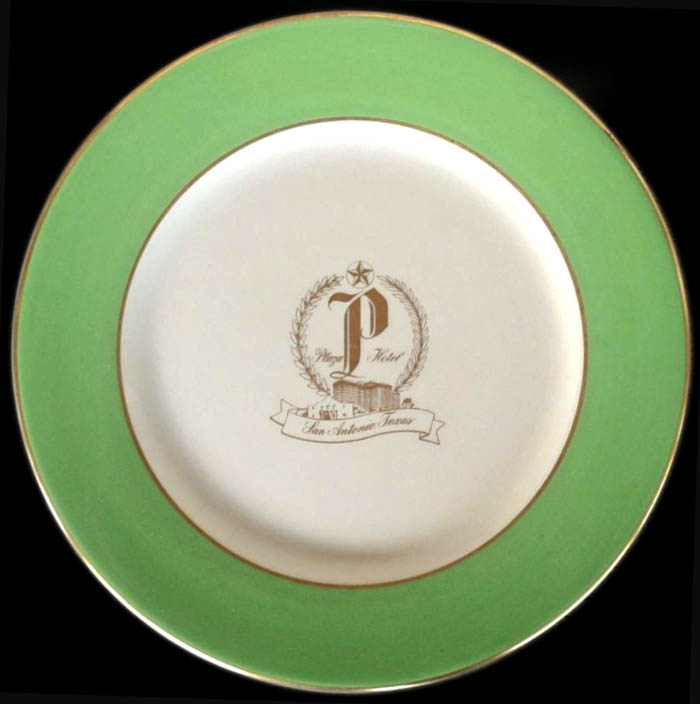 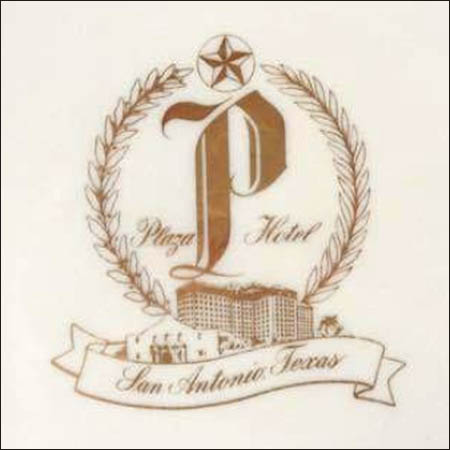 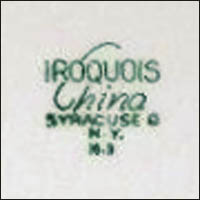 Notes: Located at 309 South St. Mary's Street in San Antonio, Tex., this 12-story, 500-room hotel opened its doors in April 1928. Conceived as part of the Bowen Island Skyscraper Project, which included the Tower Life (Smith-Young) Building, the project was halted by the Great Depression.

The hotel became part of the Hilton Chain by 1959 and became the Granada Hotel in 1961. The hotel was not listed in the 1968 Hotel Red Book and it is now used for senior housing.

Ivory body in well of plate with a gold logo of the hotel, the Alamo, and a star. The rim treatment is dark blue drizzled enamel on a white body. The plate is also shown above with a soft green rim.