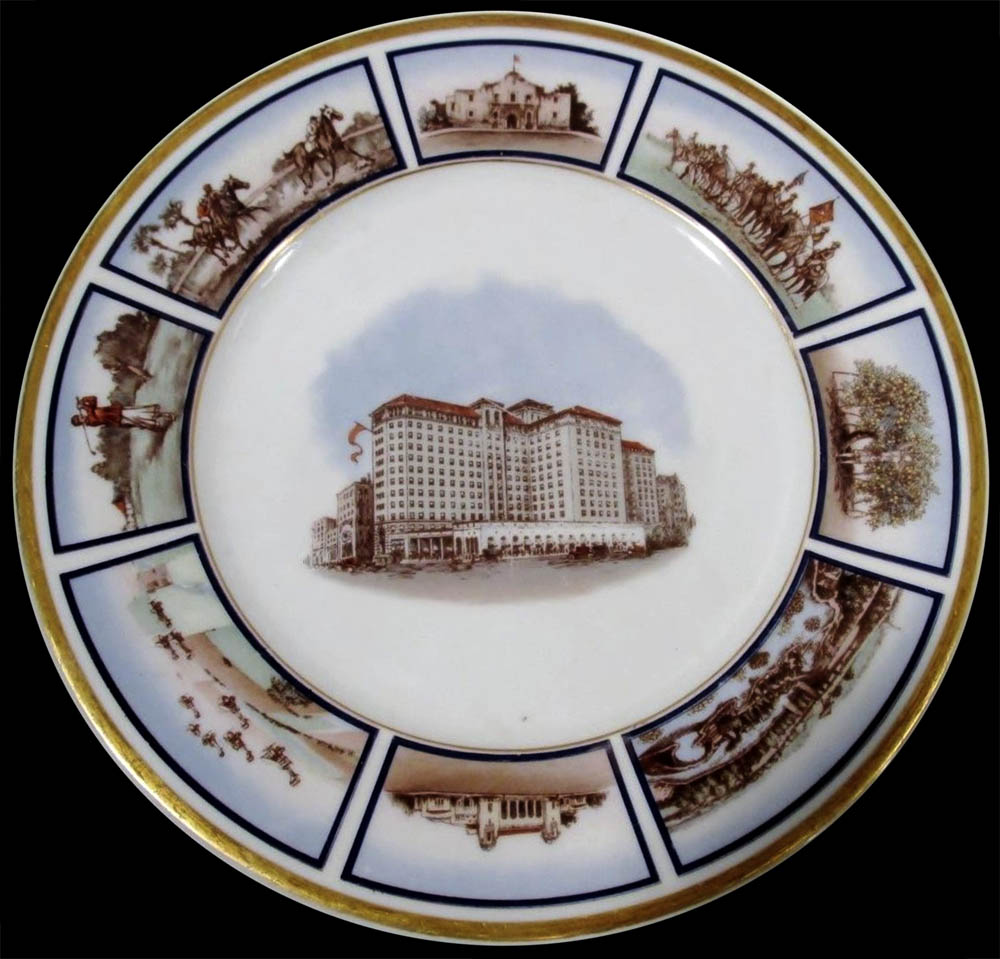 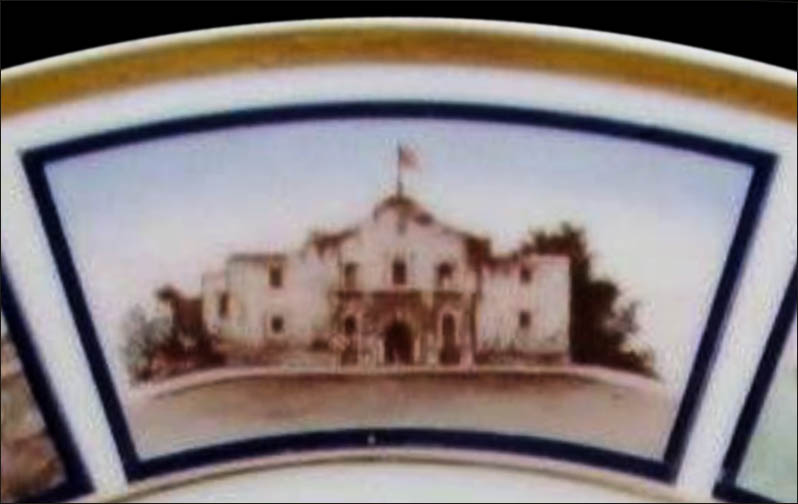 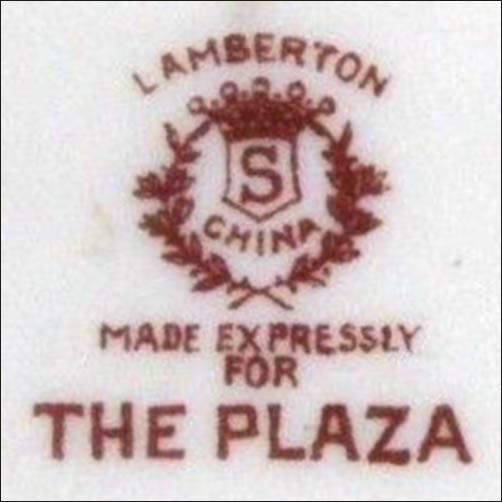 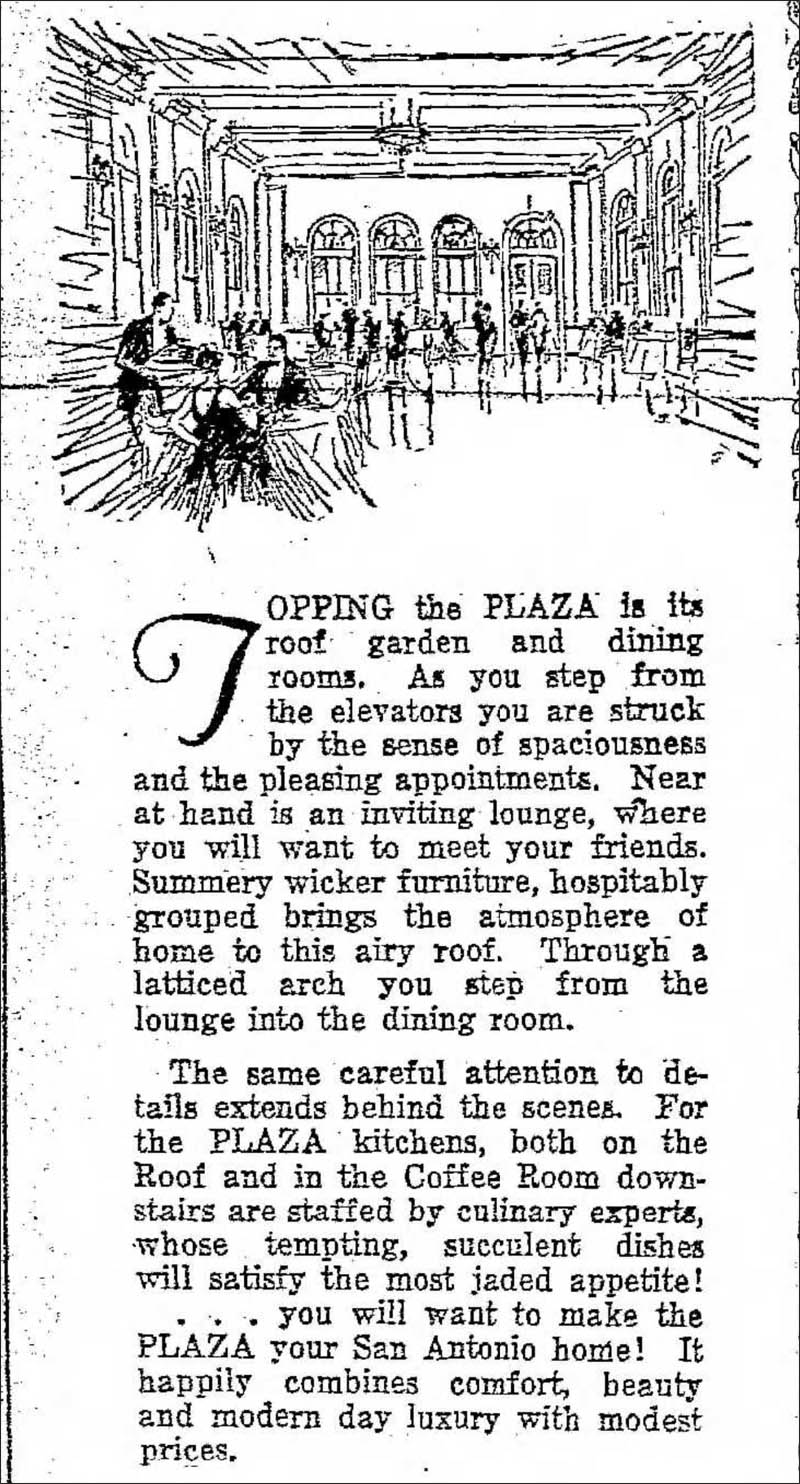 1927 Advertisement about the Plaza Hotel in San Antonio 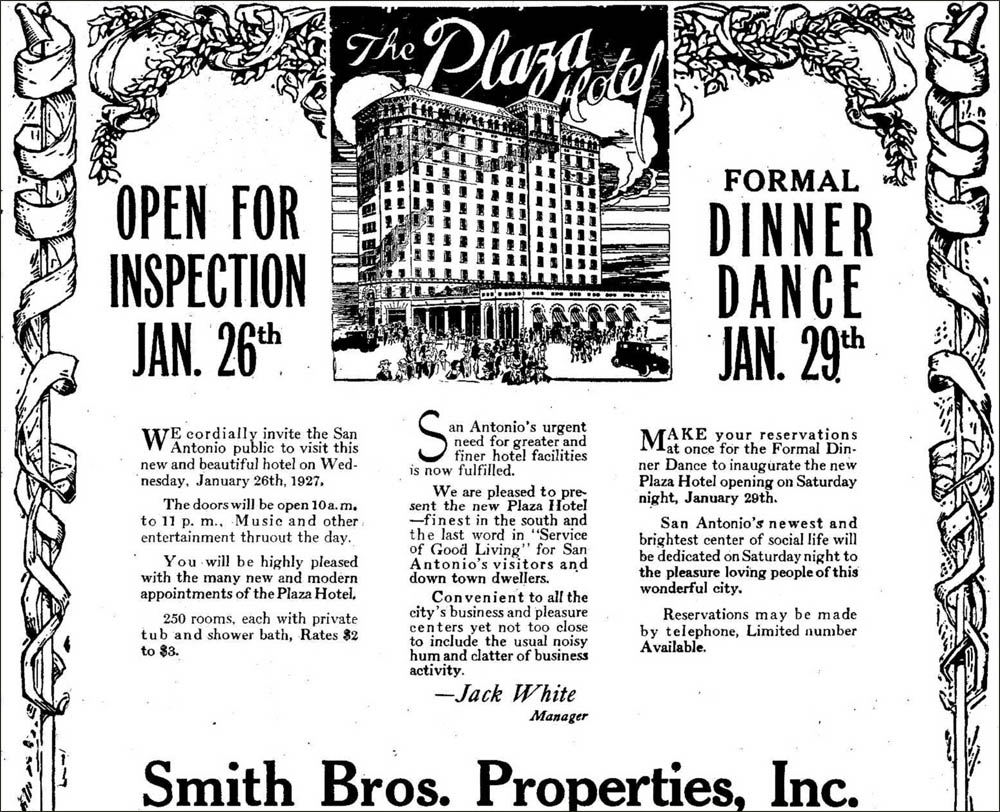 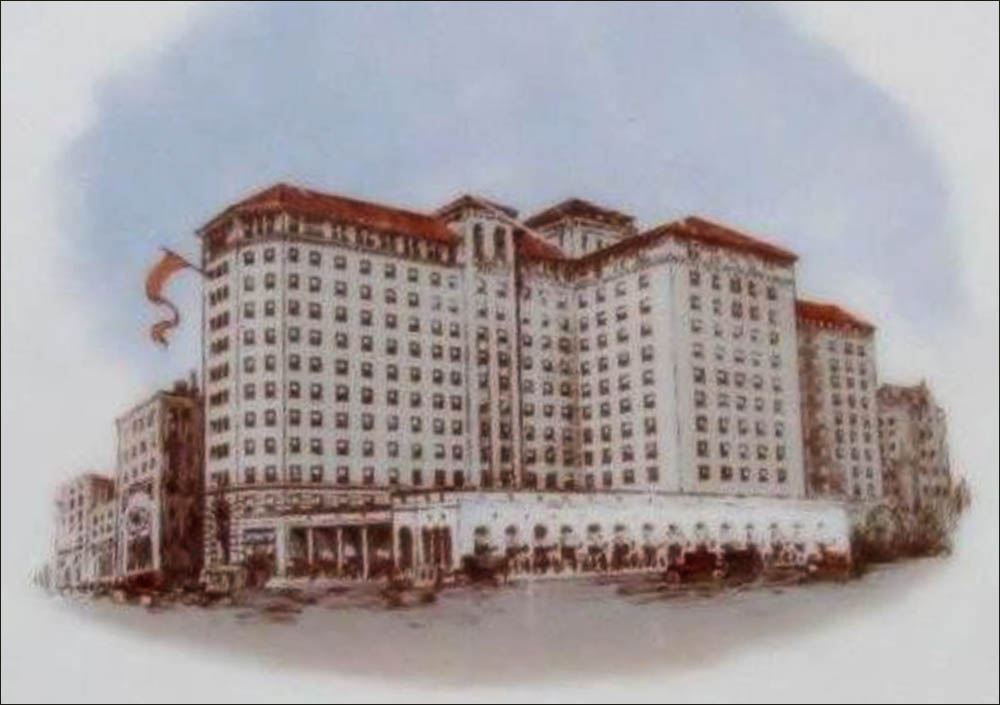 Notes: The twelve-story Plaza Hotel, at 309 S St. Mary's Street in San Antonio, Texas, opened with a three-day celebration on January 26, 1927. In addition to the 250 original guest rooms there was a dining room and a 47' by 100', 500-seat, Roof Garden ballroom. The coffee shop was on the lobby level with windows overlooking the river.

By August 1927, plans for an addition that would double the room count were announced. The addition, with a ballroom on the second floor, opened April 25, 1928. In May 1956, Hilton Hotels bought the Plaza. Around 1964, the hotel was renamed the Granada. In 1966, it was converted into apartments for senior citizens.

Scammell made Lamberton China service plates for the Plaza that feature a view of the hotel exterior in the center of the plate's well.  Around the rim there are eight scenes depicting events in San Antonio history and activities that guest could enjoy.  The rim and verge have coin gold lines.