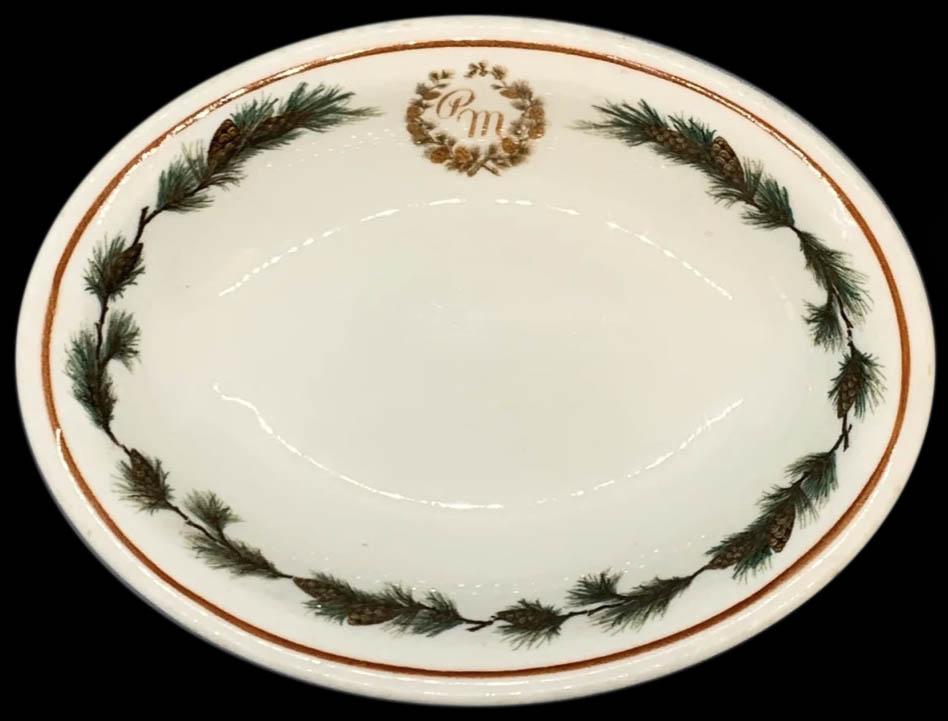 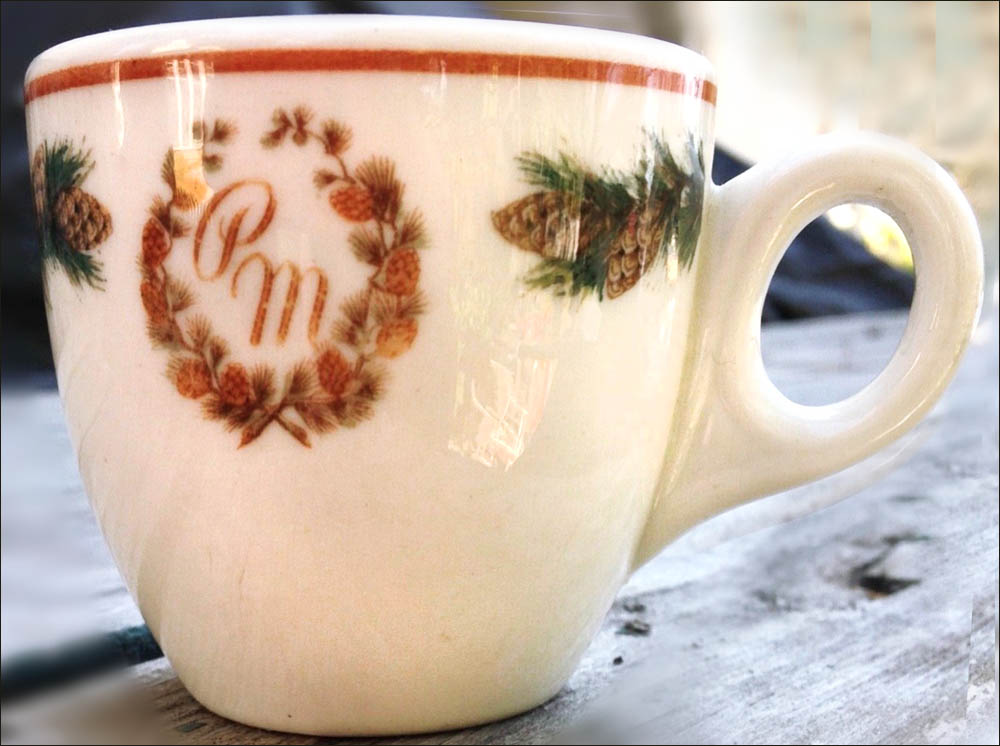 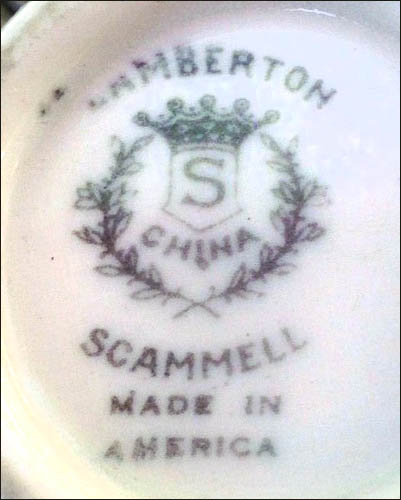 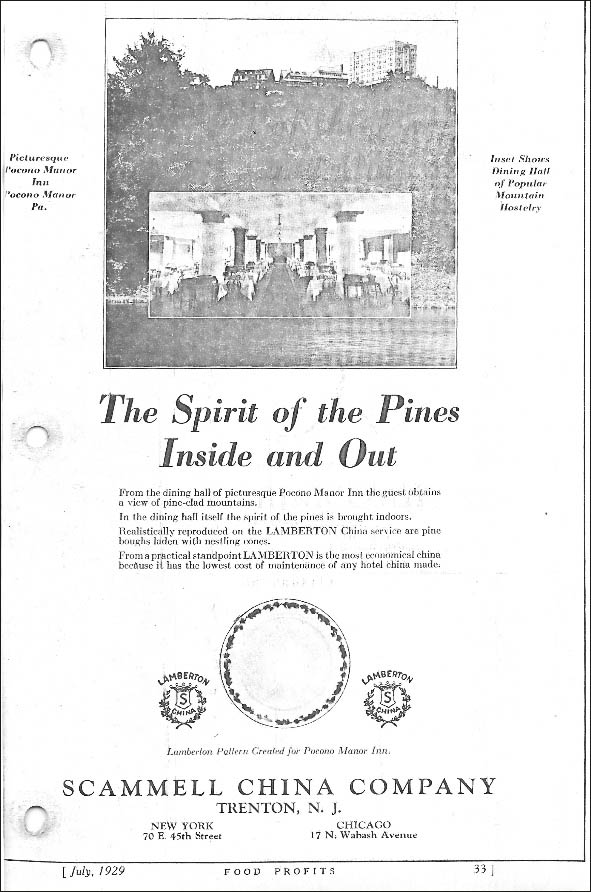 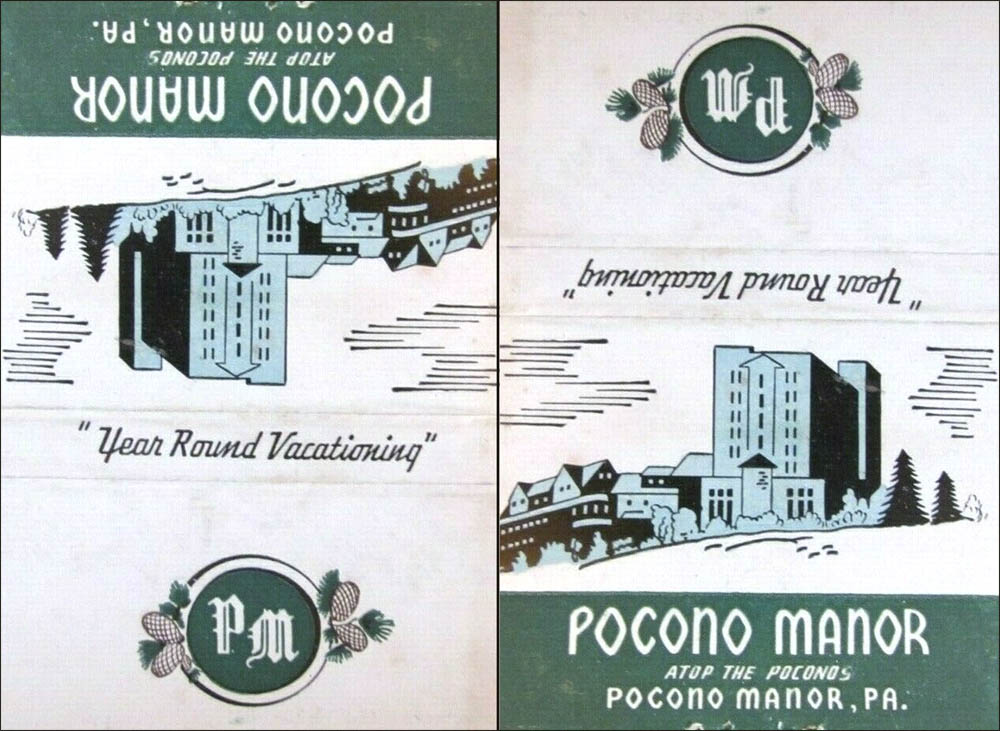 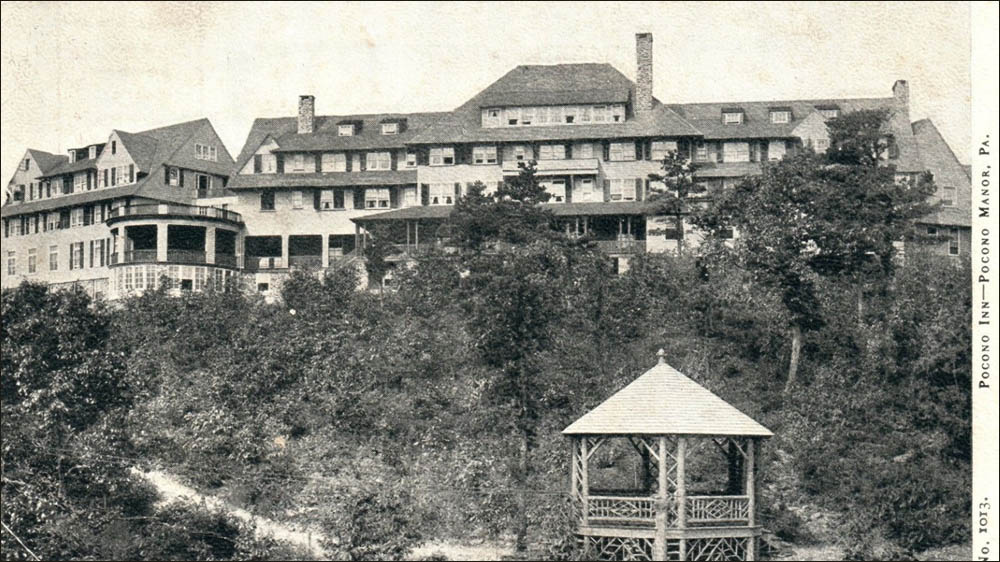 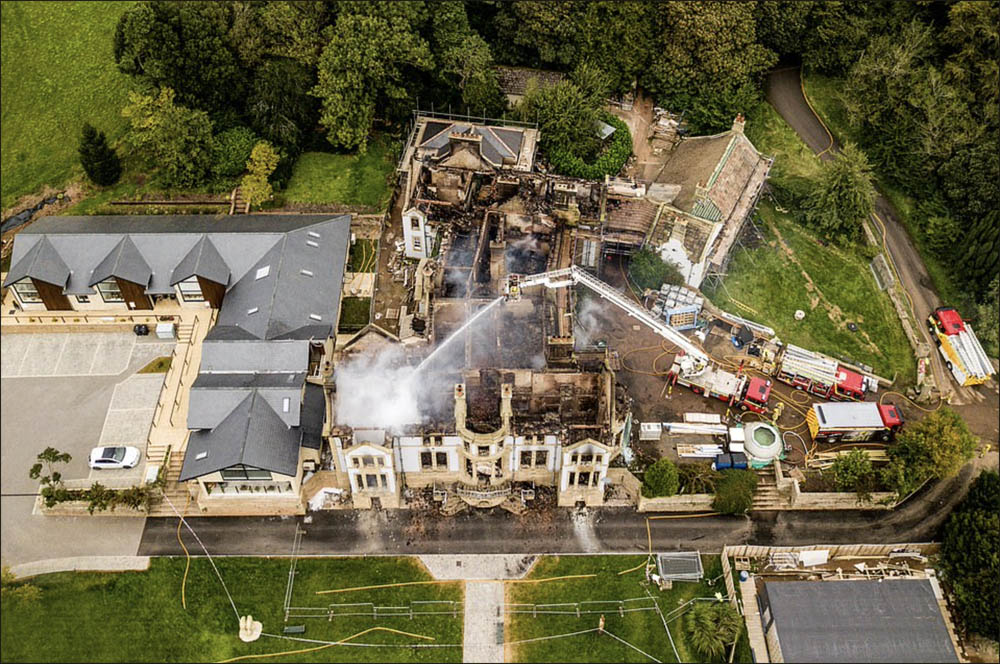 Notes: In 1901, a group of Philadelphia Quakers, more formally known as the Society of Friends, purchased land on Little Pocono Mountain for a summer retreat site. Construction began on April 15, 1902, and Pocono Manor Inn opened August 16, 1902. The inn originally contained 65 guest rooms. The following year 42 more rooms were added. The Winter Inn section was built in 1907, on the side hill below the summer section. In 1925, the nine-story brick tower wing was constructed. The main dining room is located in the tower section.  The Quakers sold the inn to Samuel Ireland in 1966. The Ireland family owned it until 2005, when it was purchased by an investor group headed by the Bailey family of New York. A five-million-dollar renovation was completed in 2011. On November 1, 2019, a fire that started in the kitchen destroyed the 117-year-old Pocono Manor Inn.  Plans to rebuild were underway in 2022.

The china that Scammell produced for Pocono Manor Inn is crested with a script "PM" monogram within a pine needle and cone wreath. The flanking decal border of realistic pine boughs laden with nestling cones was used by other Lamberton Works customers. A red orange rim line completes the Pocono Manor pattern.  A full-page Scammell advertisement in the July 1929 issue of Hotel Management features this pattern and its use in Pocono Manor Inn.