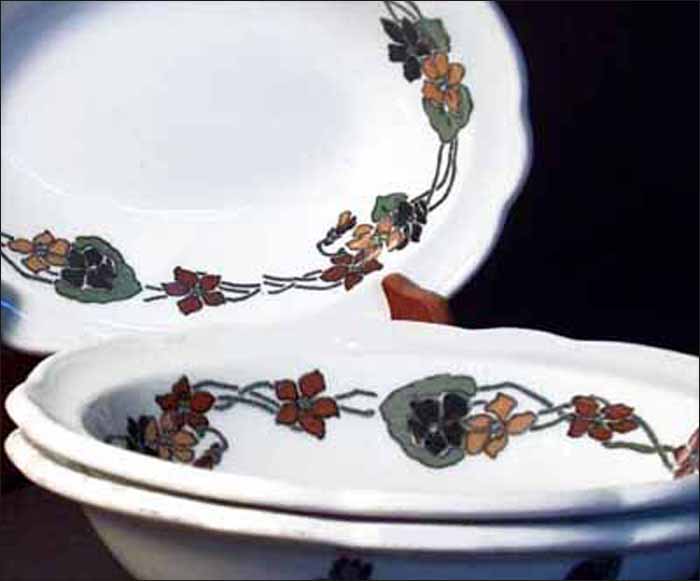 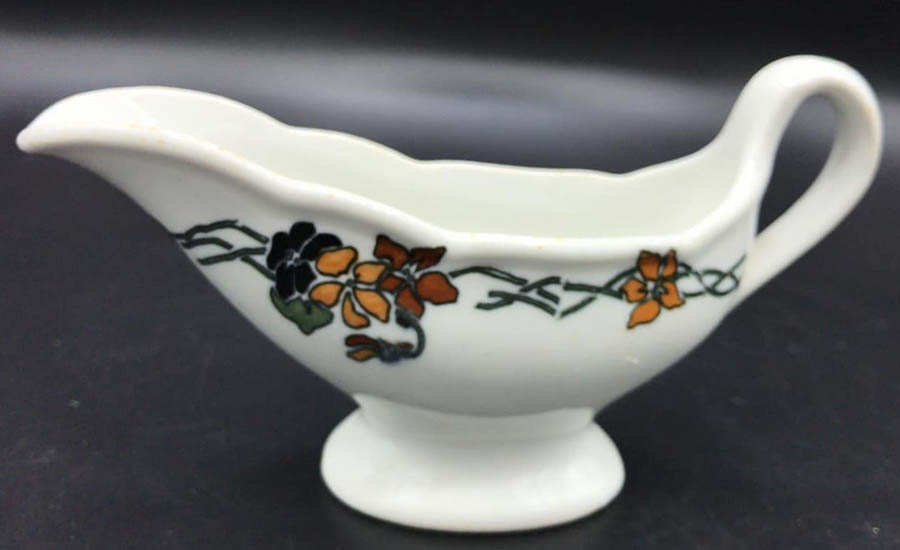 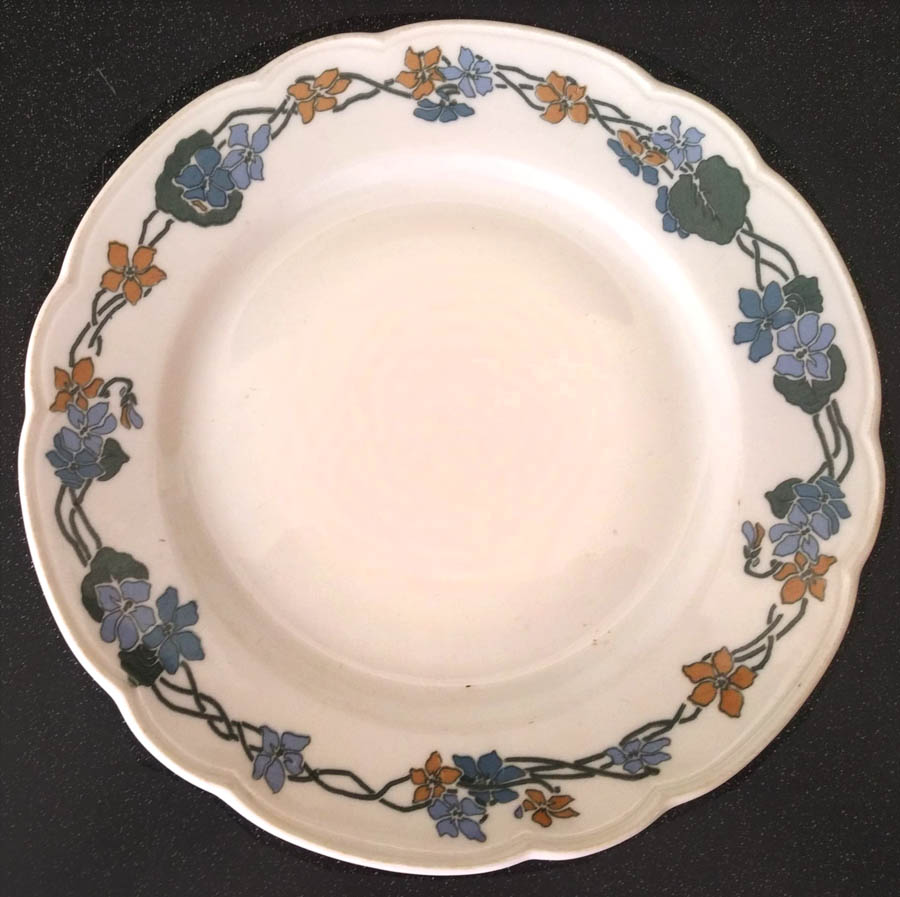 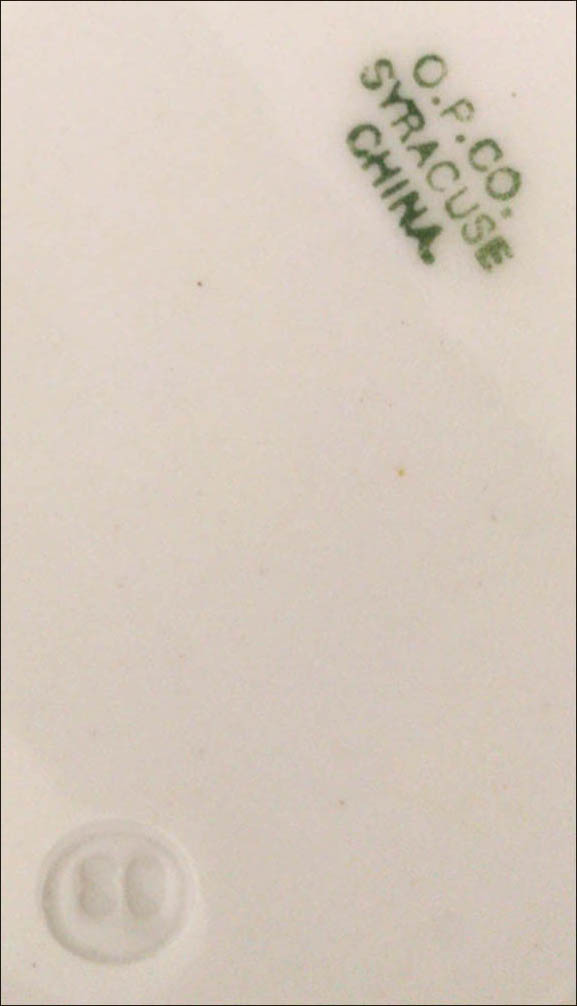 Notes: This pattern is identified on page 4 of the book "Syracuse China," by Cleota Reed and Stan Skoczen as an example of Art Nouveau and Arts and Crafts Movement patterns on Syracuse China.

The version shown on the bowl in deeper colors of orange, rust, navy blue and dark green is associated with the Poughkeepsie pattern named by railroad dining car authors only when topmarked, for example, by the New York Central & Hudson River Railroad or the Chicago, Milwaukee Electric Railway (Ravina Park) in the early part of the 20th century.

The pattern version shown on the plate has more muted colors in dusty blues, green and orange.