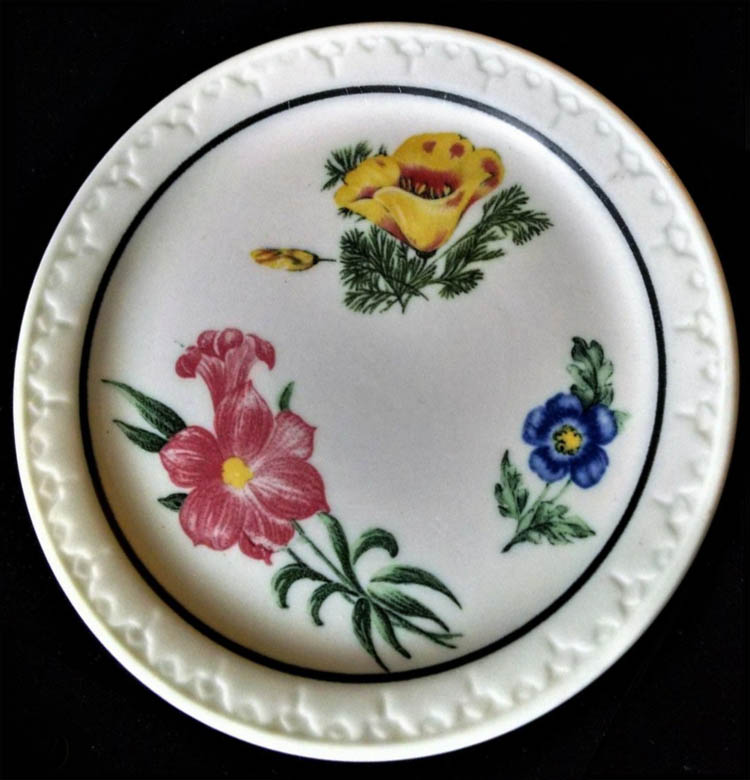 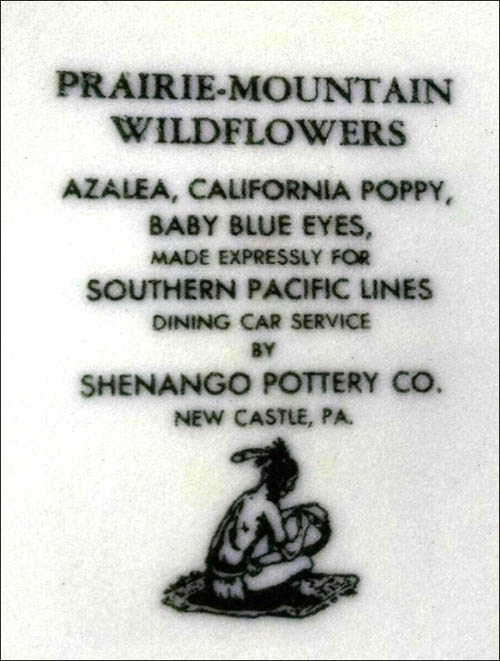 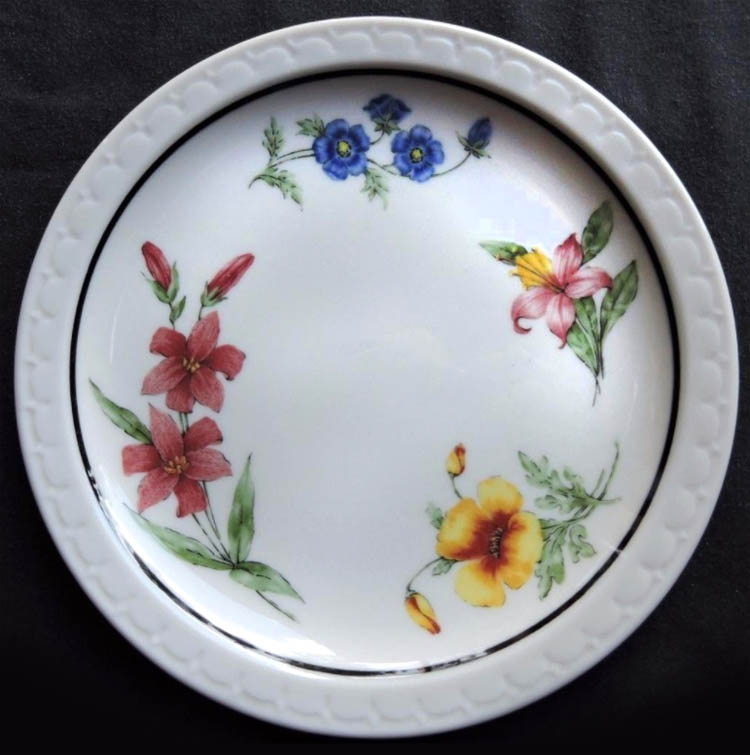 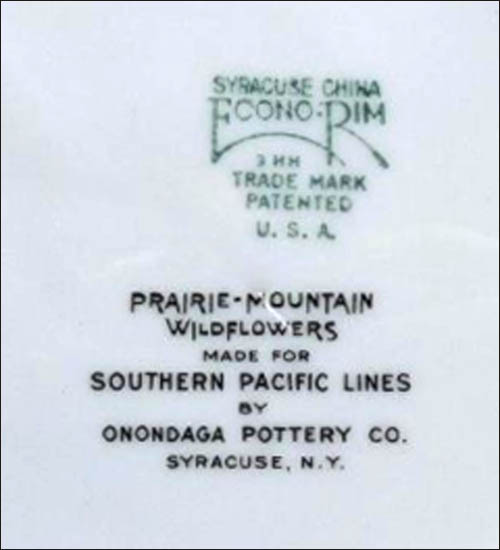 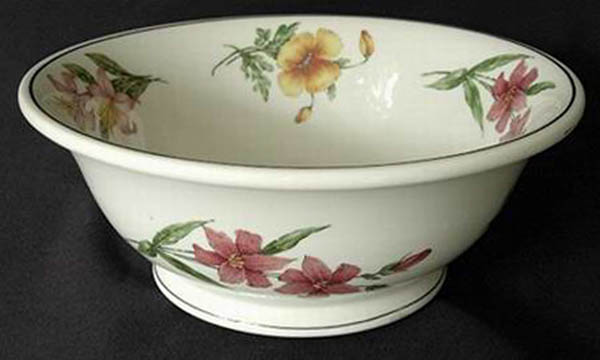 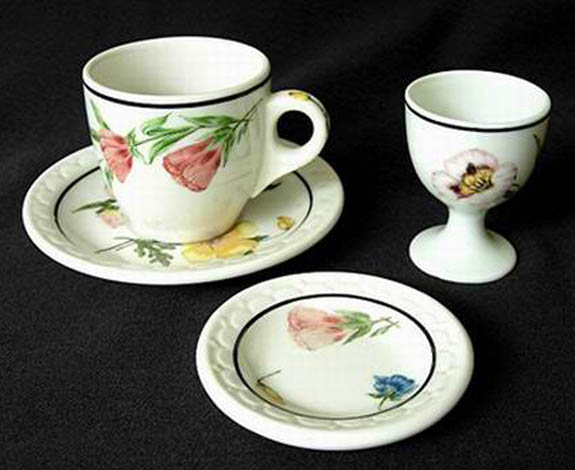 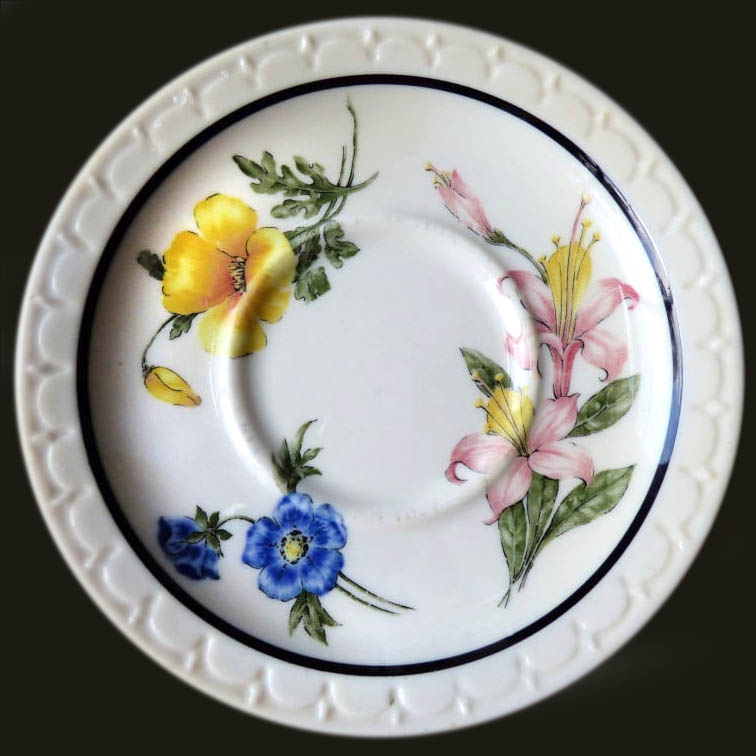 Notes: Used in the Southern Pacific Lines railroad dining cars, as well as the tea room of the general office building in San Francisco. Syracuse manufactured this copyrighted pattern in both Econo-Rim and rolled rim. Shenango China was another manufacturer of the pattern.

Various backstamps include the name of the pattern and names of the flowers as well as Farewell To Spring. Most often found are Ruby Lily, California Poppy, Baby Blue Eyes and Azalea. Rarer pieces feature a Mariposa Tulip in place of one of the flowers.