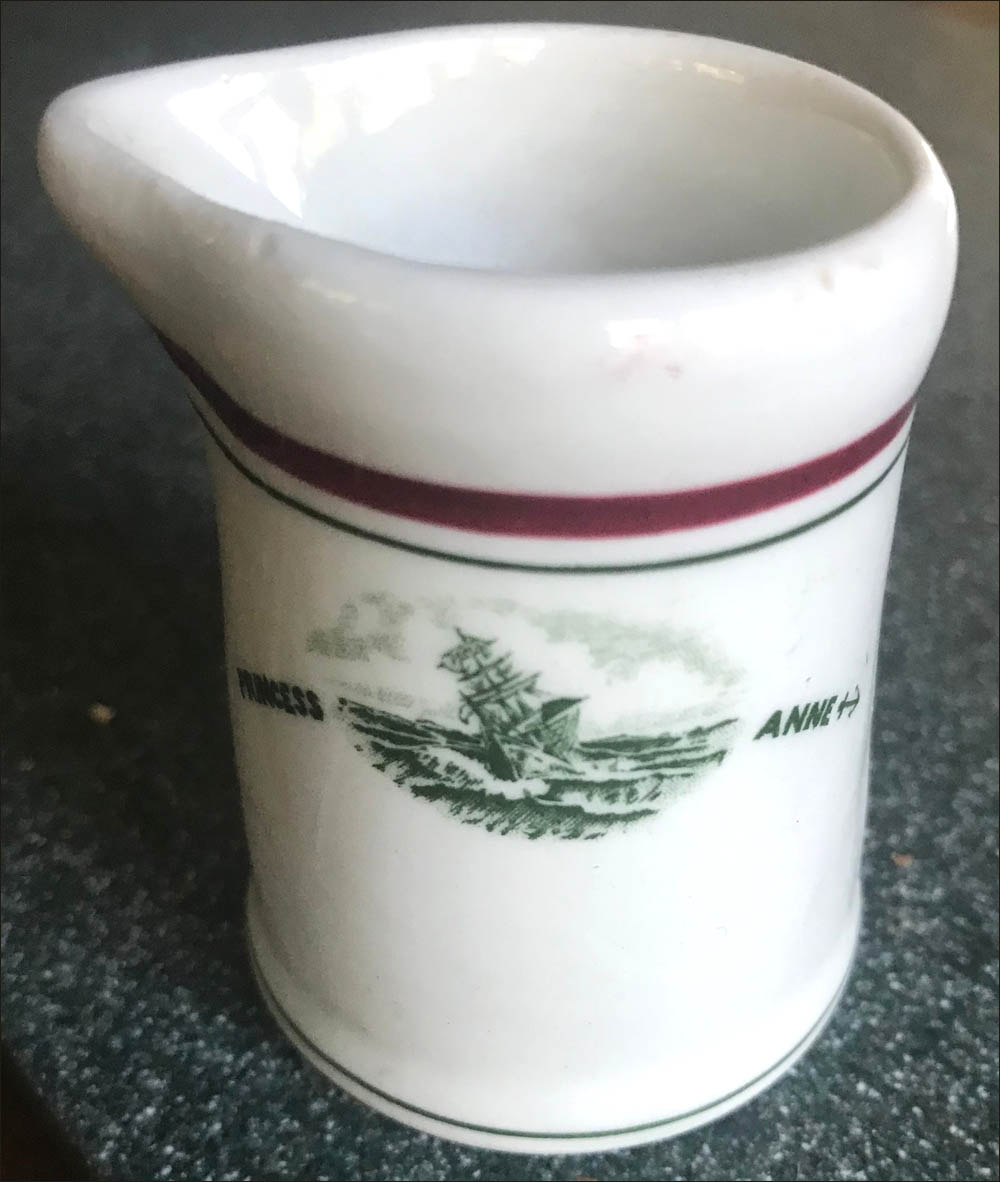 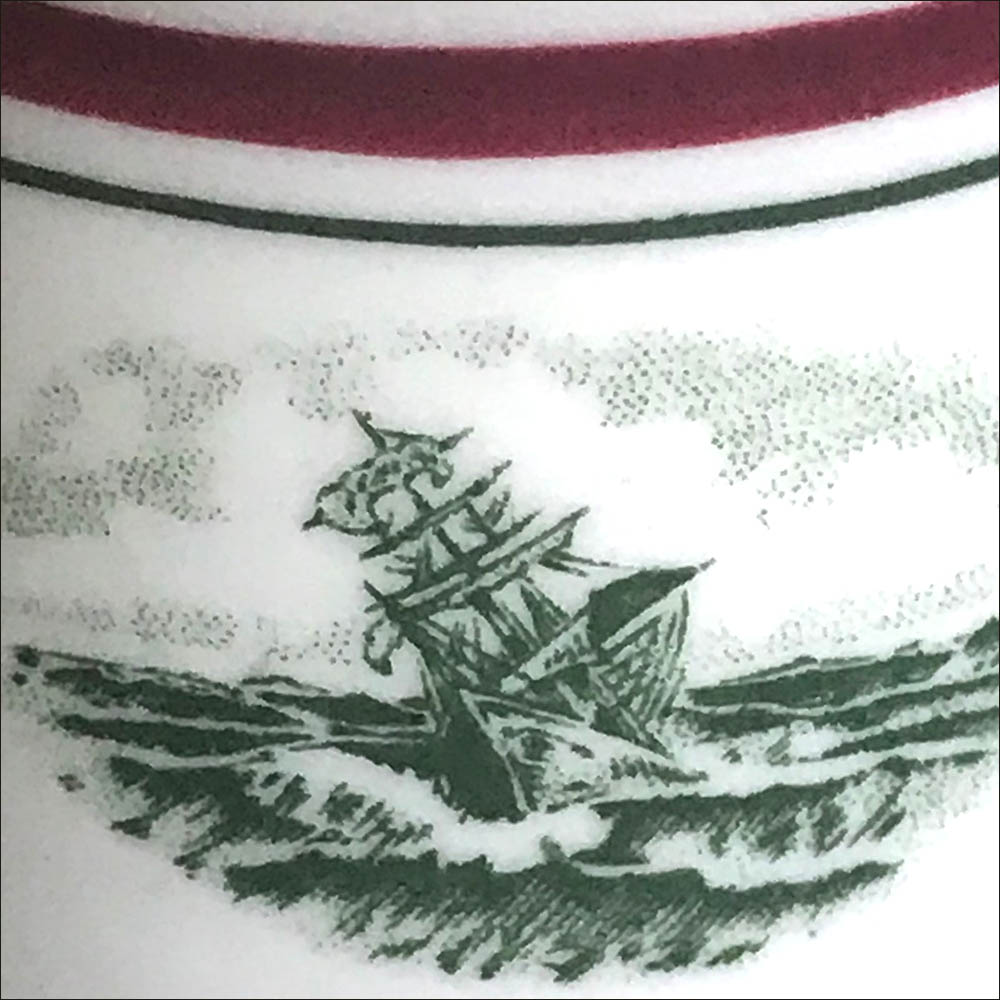 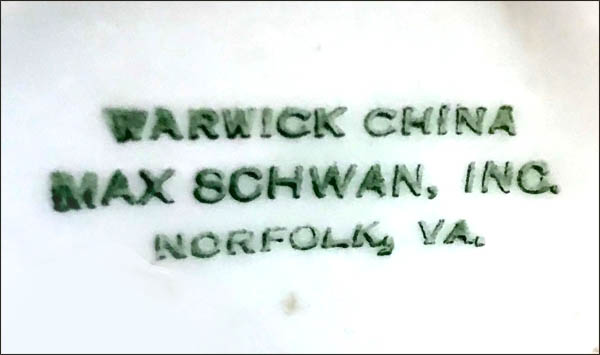 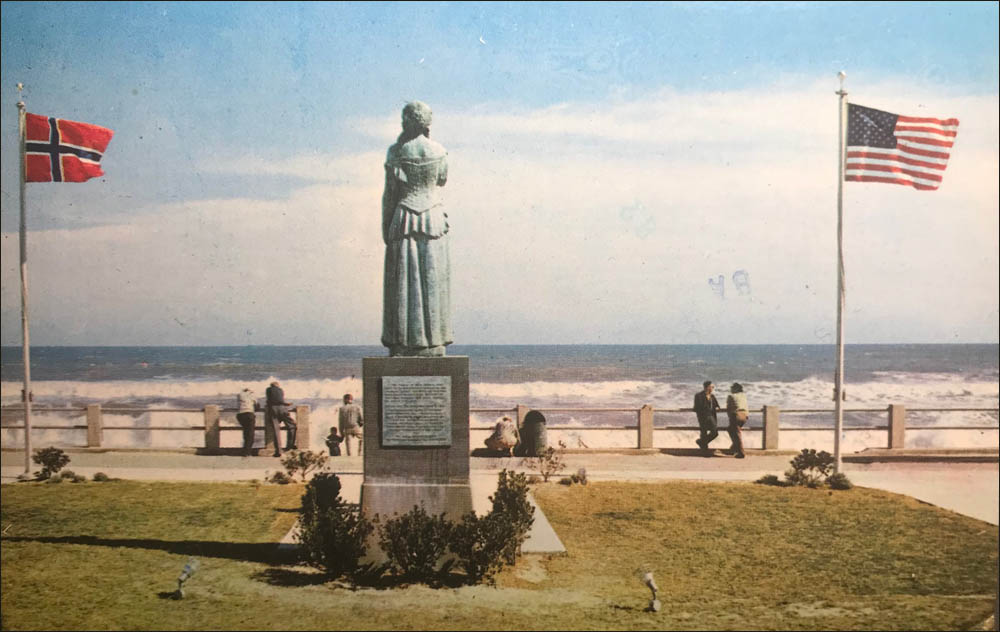 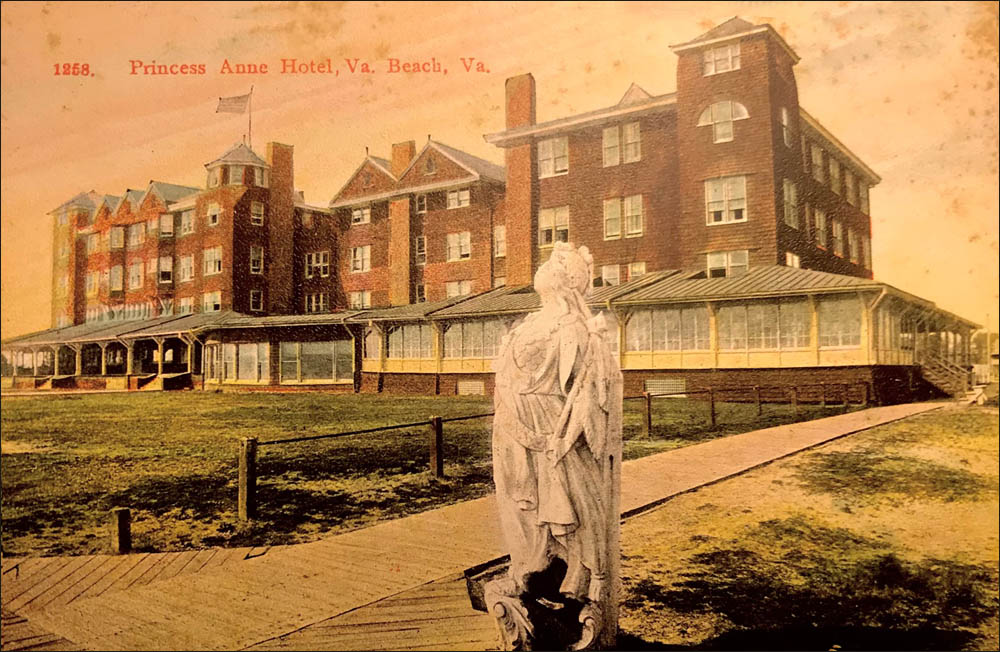 Notes: This is the "Princess Anne" pattern china manufactured by Warwick China and supplied by Max Schwan, Inc. of Norfolk, Va., to the Princess Anne Hotel, Virginia Beach, Va.

For many decades this pattern has been attributed incorrectly to the Pennsylvania Railroad-owned ferry named PRINCESS ANNE and operated by the Virginia Ferry Company.  In fact, the story of this china involves both a railroad and a ship. The Princess Anne Hotel was owned by the Norfolk & Virginia Beach Railway Company. On March 27, 1891, the Norwegian bark DICTATOR of Moss, Norway, was wrecked on the beach not far from the hotel, whose staff and guests witnessed the tragedy. The lost ship's figurehead drifted ashore near the hotel and was erected near it at the foot of 16th Street. The original figurehead was destroyed by storms but replaced by a statue known as The Norwegian Lady, presented by the citizens of Moss.

The hotel china depicts the ship aground and being destroyed by the sea.

ThIS white-bodied creamer has a dark green line and a dark red band at the lip, and a single green line near the foot. It has the image in green of a tall ship with sails canted on rough seas and on either side in all caps, PRINCESS ANNE.

Source:
Foss, William O., "The Norwegian Lady and the Wreck of the DICTATOR"