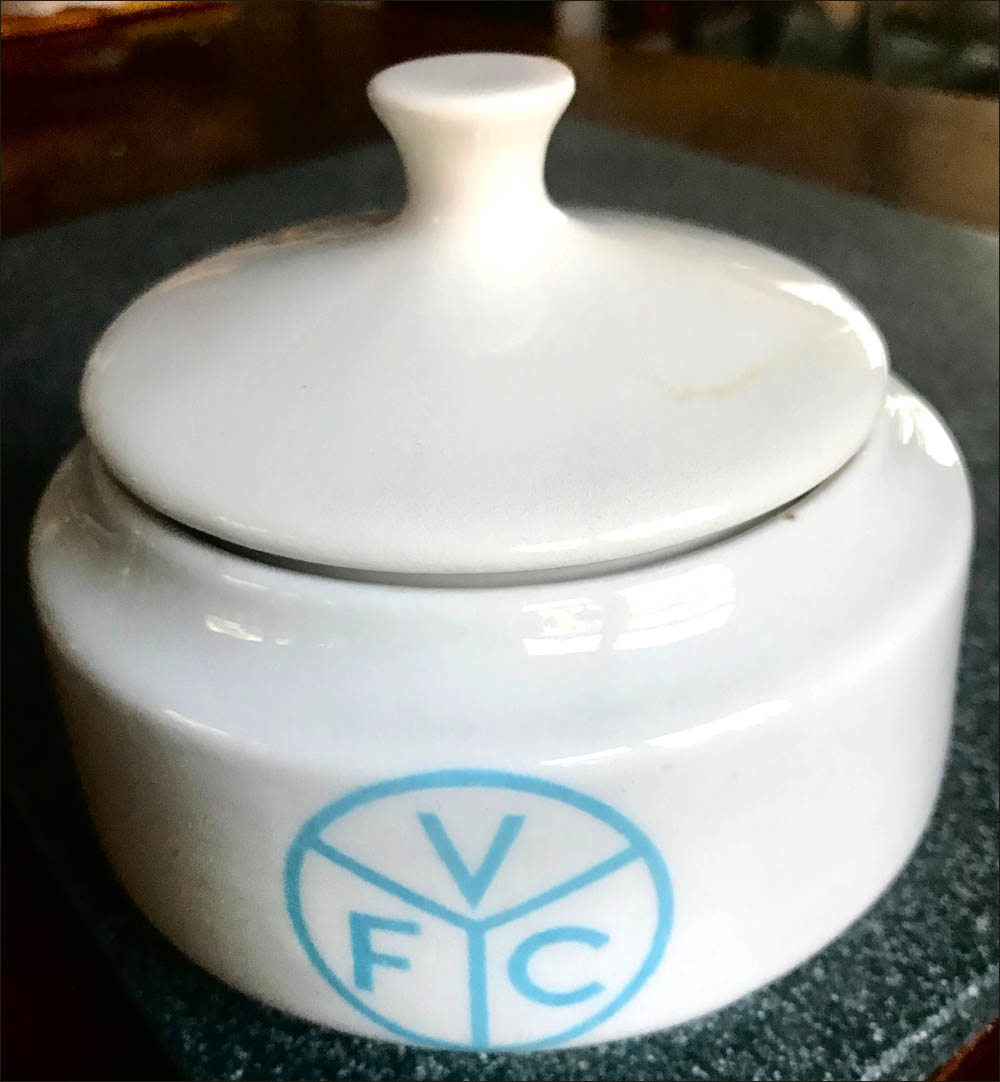 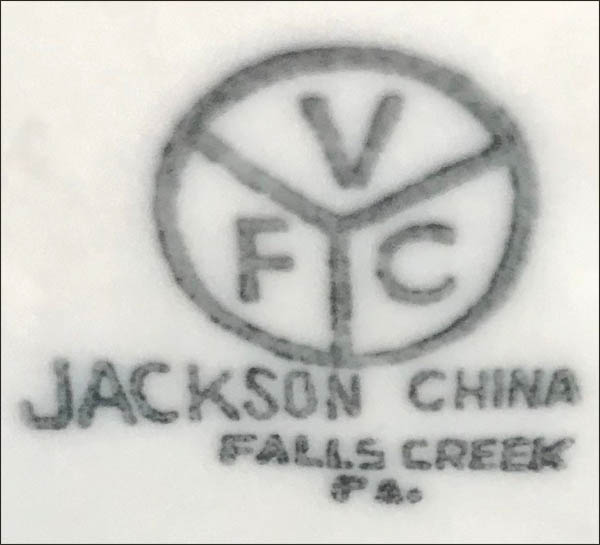 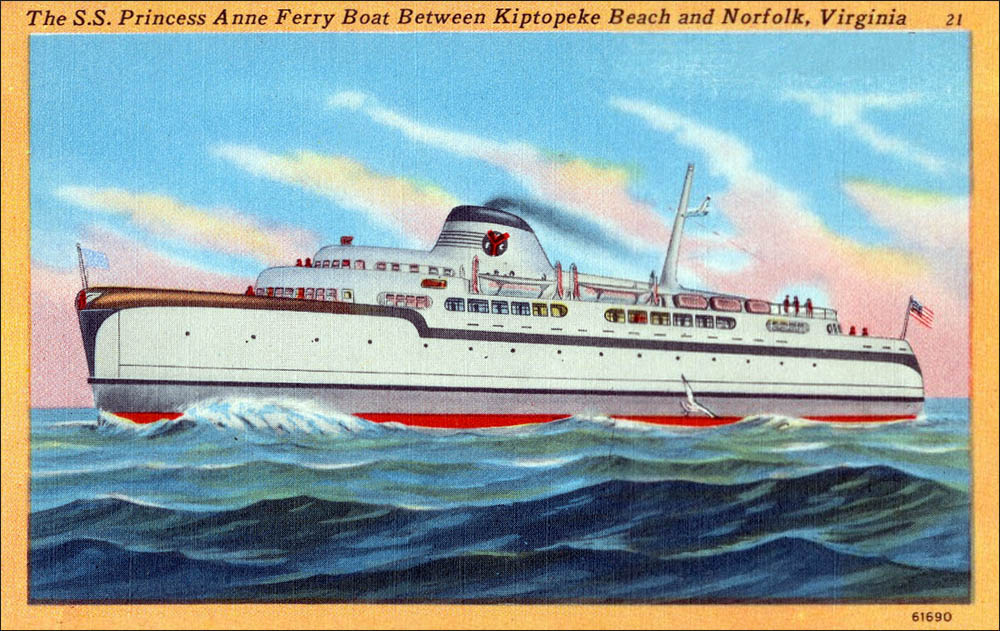 Notes: The Virginia Ferry Company (VFC) was established as a Virginia public service company in 1933, with significant stock ownership and an interlocking directorate with the Pennsylvania Railroad, which operated the railroad line down Virginia's Eastern Shore to Cape Charles, along with bay steamers and railroad car floats (barges) from Cape Charles across the mouth of the Chesapeake Bay to Hampton and Norfolk, Va. The VFC was the first established automobile ferry system from Cape Charles, Va. (later moved to Kiptopeke, both in Northampton County) to Little Creek in Princess Anne County, Va.

The SS Princess Anne was built in the 1930s by Sun Shipbuilding in Port Chester, Pa., as a 246-foot steam driven ferry. It was designed by Raymond Loewy in a streamlined manner and entered into service amidst much fanfare in 1936. At least once over its service life with the VFC, the Princess Anne was expanded by cutting out the center section of her hull, with an extension being welded in. By 1960, the Princess Anne had a length of 350 feet, a beam of 59 feet, and a capacity of at least 120 automobiles and 800 passengers.

In 1953, the Pennsylvania Railroad had decided to end its steamer service from the Eastern Shore to Hampton and Norfolk, prompting the Commonwealth of Virginia to establish what eventually became the Chesapeake Bay Bridge and Tunnel District, and to take over operation of the ferries between Kiptopeke and Little Creek. The SS Princess Anne remained in service over this route until April 1964, when the Chesapeake Bay Bridge-Tunnel was opened to traffic.

After the bridge-tunnel opened, the ferries from the Kiptopeke-Little Creek service were surplus to requirements. At the same time, the states of New Jersey and Delaware were establishing a new ferry route across the mouth of the Delaware River between Cape May, N.J., and Lewes, Del. The new operation purchased Virginia's old ferries, and the Princess Anne was renamed the SS New Jersey.

By 1979, the Cape May-Lewes Ferry had disposed of the SS Princess Anne. Repowered, she entered into service between Fire Island, N.Y., and Block Island, R.I., as the MV (motor vessel) Greenport.

A few years later, the erstwhile Princess Anne had fallen into the hands of those who intended to make her into an offshore floating casino. When that business failed, she was eventually sold for $175,000 to Palm Beach County, Fla., where she was scuttled off of Fishers Island to create a large artificial reef for fishermen and scuba diving enthusiasts. Subsequent hurricanes have caused further damage to the Princess Anne, making it a dangerous wreck for recreational divers.

The logo is a baby blue circle dissected into thirds by straight lines meeting in the center, with the initials VFC – also in a baby blue sans serif font – in each of the sections. The logos corresponds to that shown above of the streamlined structure of the SS Princess Anne in 1933.