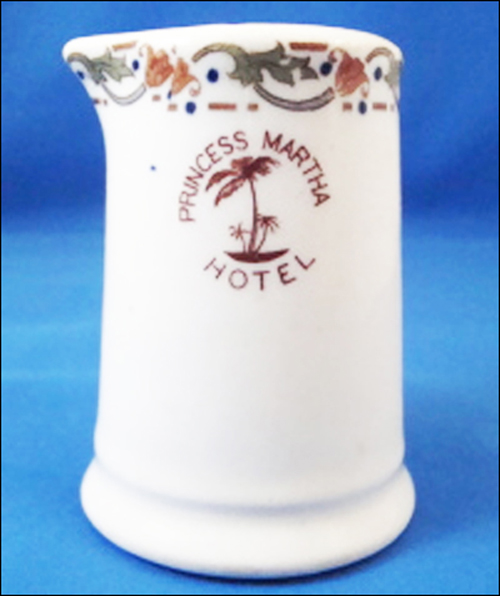 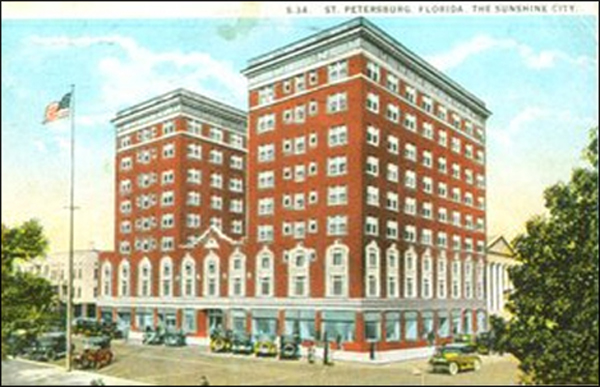 Notes: Built in 1924 during the Florida land boom, it was the first St. Petersburg hotel to be financed by the sale of public stock. It was originally named Hotel Mason after Franklin Mason, a New York developer who moved to Florida and built the hotel with 14 local residents as partners in the venture. Frank Jonsberg, a Boston architect, designed the hotel and later did plans for the St. Petersburg Woman's club and the Dennis Hotel, both significant landmarks of the era. The Princess Martha is still cited for its Neoclassical Revival architecture and has a Historic Preservation designation. The Princess Martha now serves as a retirement residence.