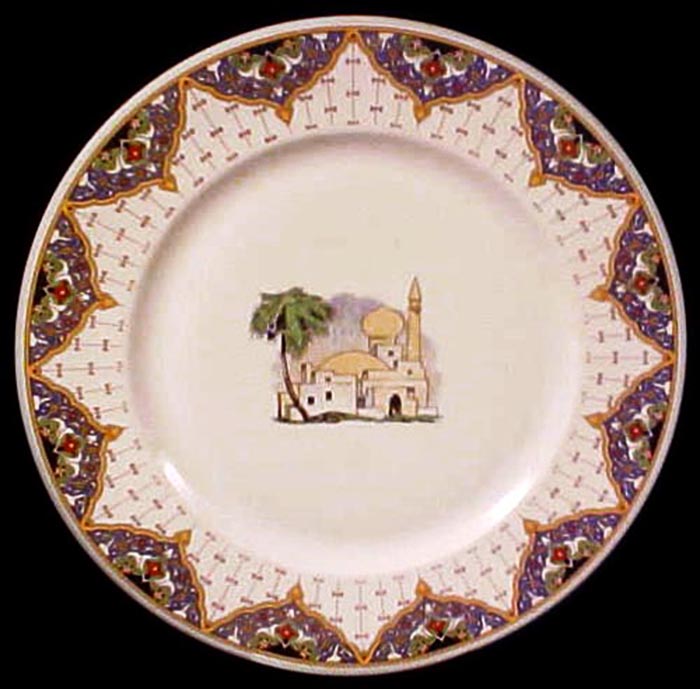 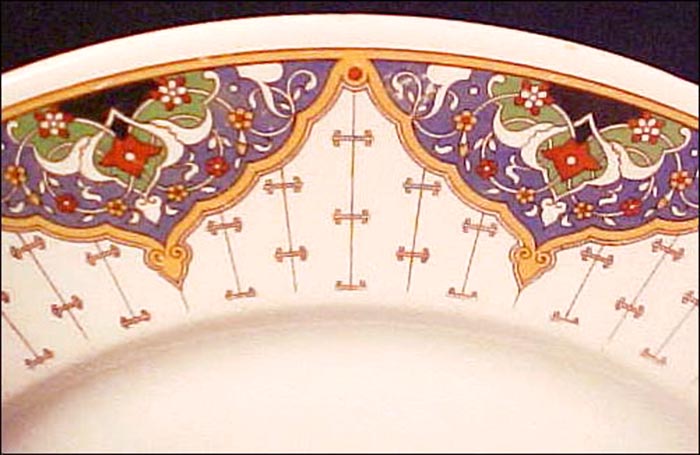 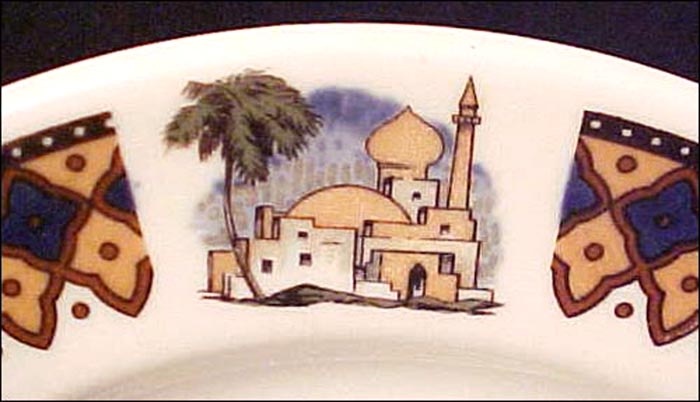 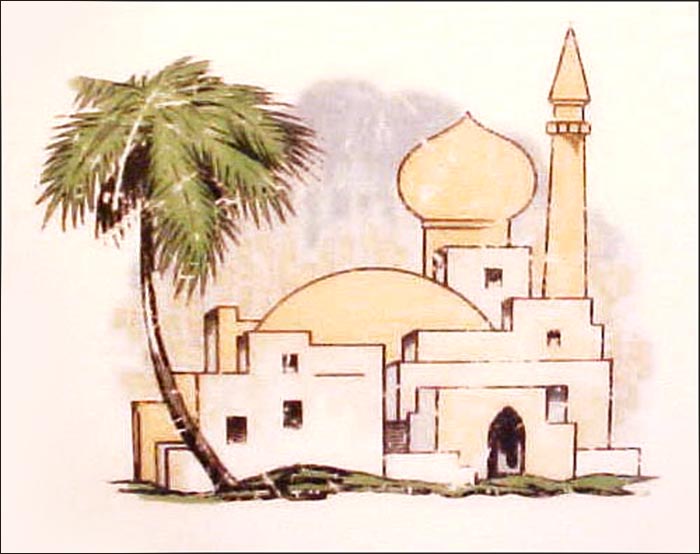 Notes: This ID is based primarily on photos of silver from the 1920s with the same center motif as on this service plate (see above).

The Raphael Hotel was located at 201 E. Delaware Pl., in downtown Chicago, Ill. Skyscraperpage.com lists it as being designed by architects Fugard & Knapp, having 16 floors, with completion in 1926. It is now (2012) the Raffaello. Emporis.com confirms this information and describes the building design as Renaissance Revival.

The plate seems to have a Moorish or Middle Eastern design with mosque, palm tree and a border of spaced ornaments in non-metallic gold, purple, red, green and black. The white space on the border has lines running perpendicular to the rim that seem to be stitched down as part of the design.