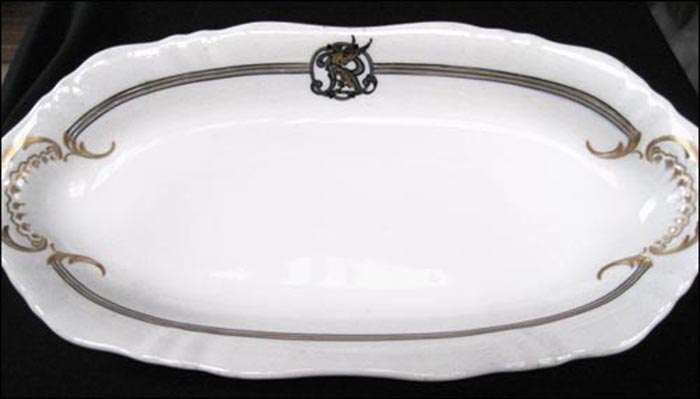 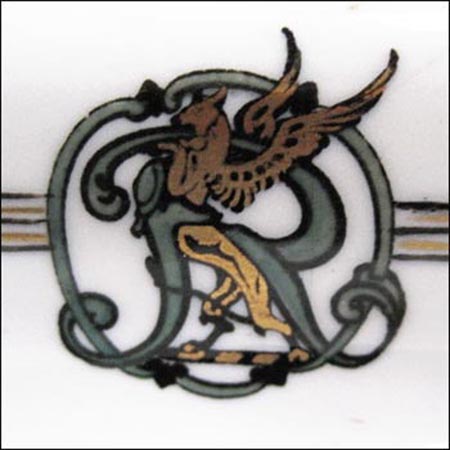 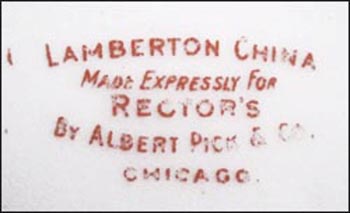 Notes: In 1872, Charles E. Rector moved to Chicago and one year later became the cashier for J.H. Hill, in the Boston Oyster House in 1873. He quickly advanced to manager of the establishment and managed the house for the next two years.

Charles then was employed by the Pullman Palace Car Company as a conductor for nearly eight years. At the end of that time, he became the dining car assistant superintendent on the Pennsylvania Railroad, New York to Chicago run.

He later opened his own oyster house in 1884 at the corner of Clark and Monroe streets in Chicago (he later built a 14-story building on the same site). On June 1, 1885, he opened a branch house in the Exchange Building, with a billiard parlor in connection. It was well known that one could get the freshest oysters and seafood at Rector's because of Charles' connections with the railroads and express delivery from the seaports. Click here to view a 1906 menu from the Rector's Oyster House, Chicago.

In 1893, he opened the Cafe' de Marine at the World's Colombian Exposition as the sole restaurant concession and folks from around the world got a taste of Rector's cuisine. Click here to view an archive photo of this cafe.

Charles retained interest in the Chicago location until 1911, when he sold his interests to invest in rebuilding his New York Rector's venue. By May 19, 1913, Charles Rector was thrown into involuntary bankruptcy and he died in Rumson, New Jersey on September 23, 1914.

Lamberton China white body relish tray with coin gold filligree at each end with a rim border of three black lines and two coin gold lines between, broken by the letter R, with a coin gold griffin entwined, all in a circle.