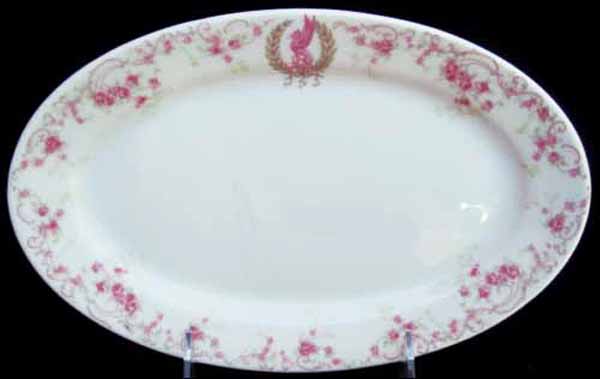 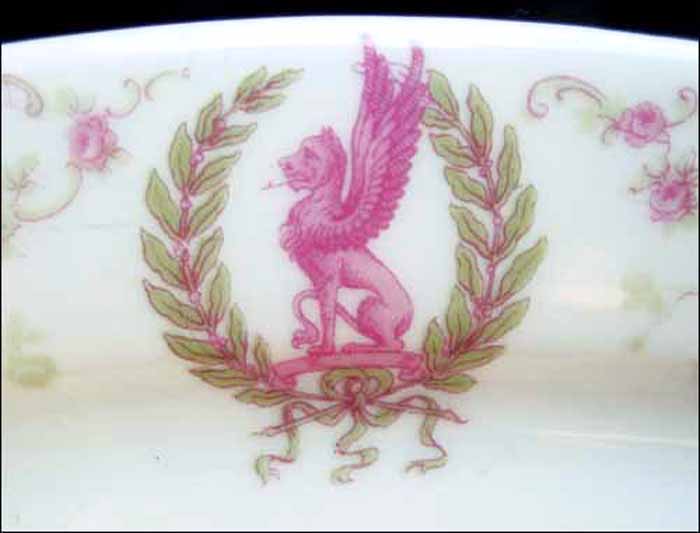 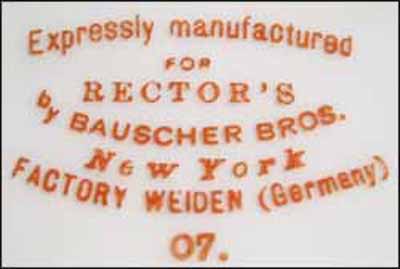 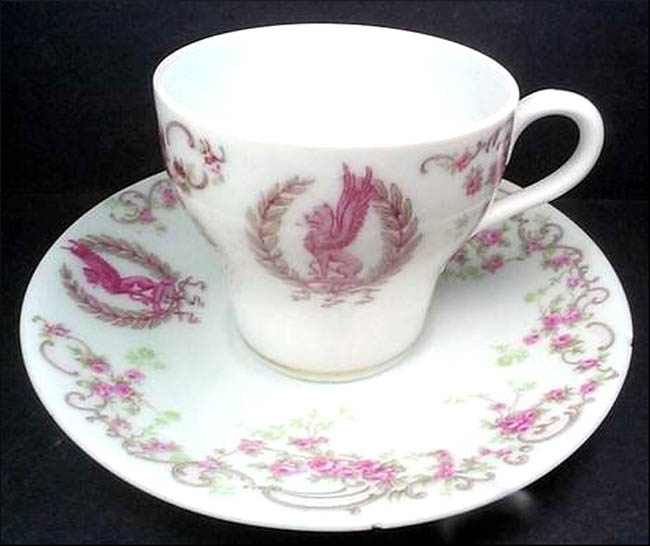 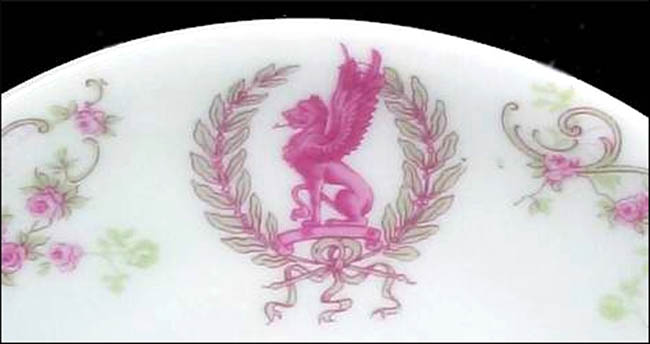 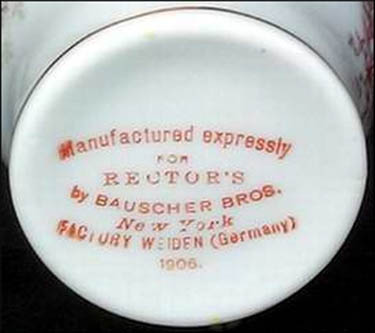 Notes: Charles E. Rector had a very rich past that included service as a dining car superintendent on the Pennsylvania Railroad, New York to Chicago run. Rector's first restaurant was the Oyster House, which opened in 1884 at Clark & Monroe in Chicago (he later built a 14-story building on the site). It was a well known fact you could get the freshest oysters and seafood at Rector's because of his connections with the railroads and express delivery from the seaports.

In 1893, he opened the Cafe' Marine at the World's Columbian Exposition.
Charles retained interest in the Chicago location until 1911, when he sold his interests to invest in rebuilding his New York Rector's venue.

Charles had the opportunity to lease a two-story space on the S.E. corner of Broadway & West 44th Street in New York and started a restaurant for the theatre crowds of Broadway. He opened Rector's Restaurant in 1899 and later purchased the building in 1906.

"Rector's Restaurant, whose winged-griffin electric sign has been a beacon for Broadway diners for the last nine years, is to be torn down in a few months."

"A year ago Mr. Rector occasioned some talk by announcing that he would allow his feminine guests to smoke on New Year's eve. He prophesied that it would result in no harm, and says events proved that he was right."

In 1908, plans were made to tear down the small two-story building and erect a larger 6 or 8 story structure to accommodate his diners. There would be a 1,200 seat dining room on the first floor, private dining rooms on the second, and apartments on the upper floors for men, like at Sherry's and Delmonico's.

Rector's Restaurant would close April 1, 1909, be torn down, and construction started on the new building. What was actually built was an opulent 17-story structure in the French Renaissance style. The Hotel Rector opened to much fanfare December, 28, 1910. Unfortunately, Charles Rector was thrown into involuntary bankruptcy, May 19, 1913 and he died in Rumson, New Jersey on September 23, 1914. By 1918, the hotel was called the Claridge.

White body with a band of pink and green flowers on the rim; broken by the pink winged griffin inside a green wreath with ribbons.