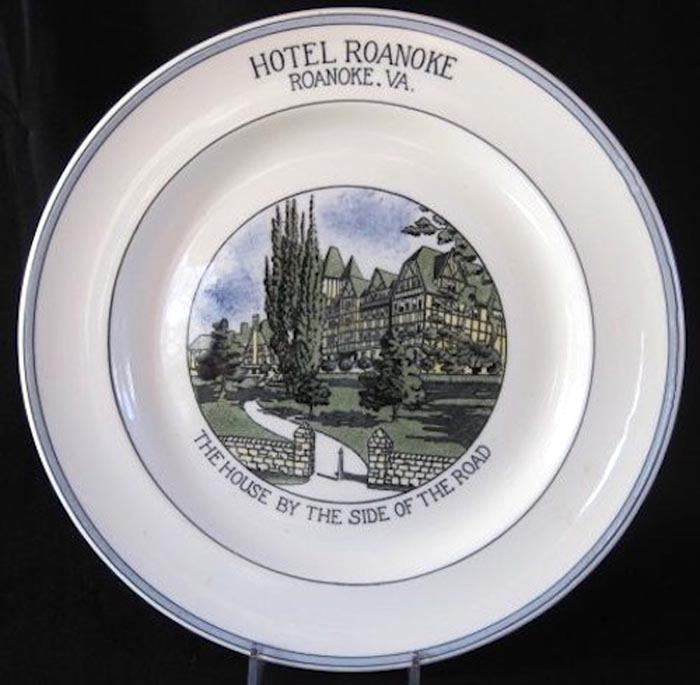 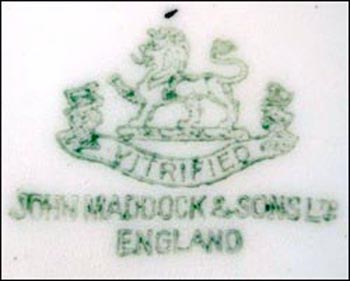 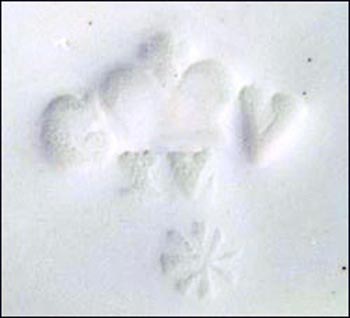 Notes: Railroad magnate Frederick J. Kimball chose Roanoke, then known as Big Lick, Virginia, as the site of a railroad juncture and a major city. After combining two of his railroads into the Norfolk and Western Railway, Kimball built the wooden hotel in 1882 with less than three dozen rooms, remodeling and adding on as the need arose. By 1931, even in the midst of the Depression, the railroad added a wing with 75 rooms, 60 car garage, circulating ice water and spending $225,000 on the addition. Over the years, the hotel was completed as we know it today, with its Tudor facade, and over 400 guest rooms.

Norfolk Southern Corporation closed the hotel it had owned and operated for 107 years in 1989 and gave it to the Virginia Tech Real Estate Foundation. The hotel was closed for four years, then underwent a major restoration, reopening in 1995 as the Hotel Roanoke and Conference Center. Further information can be found here: http://hotelroanoke.com/

The impressed mark is a crown with GV below and XV below that, which dates the plate to 1925. The GV stands for George the Fifth, and the XV is for the fifteenth year of his reign.

White body, blue band with black outlines and Hotel Roanoke Roanoke, VA. on rim. Black line on verge. Circular image of hotel in well with The House By The Side Of The Road underneath.