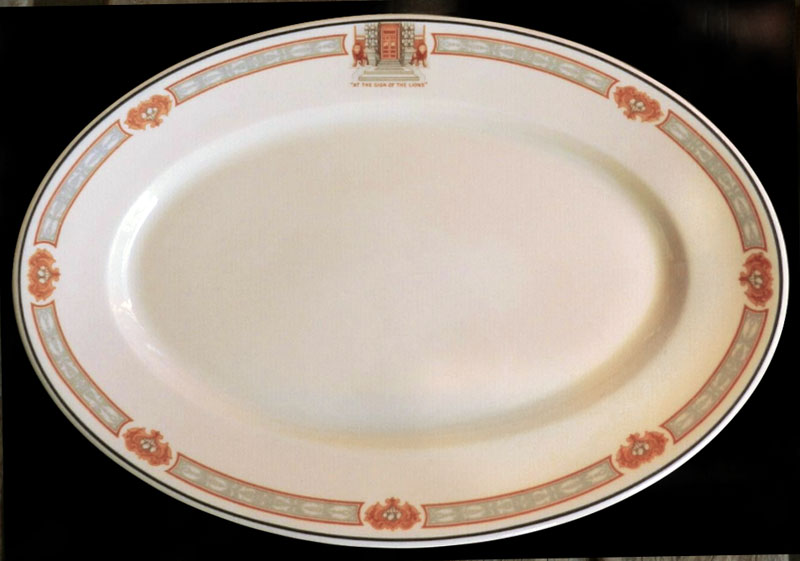 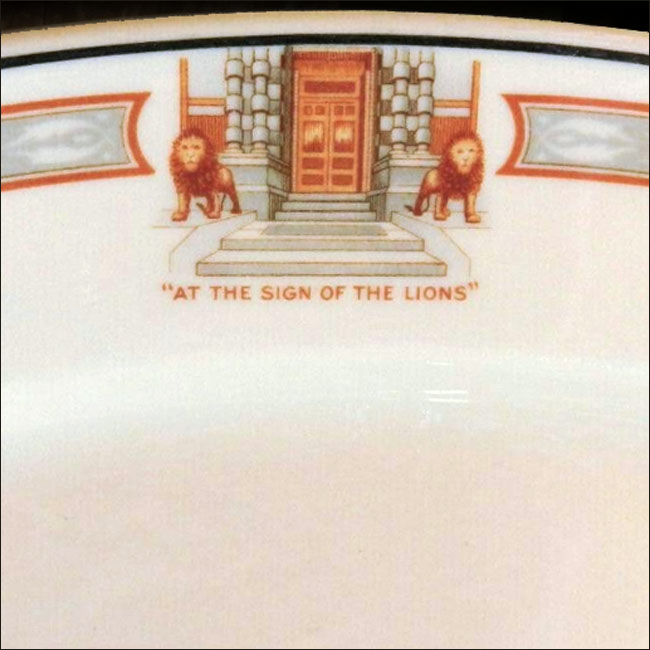 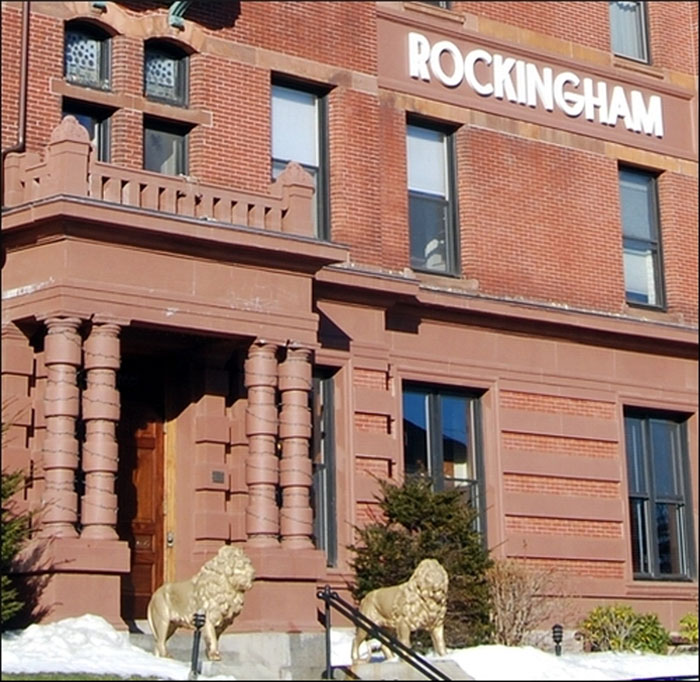 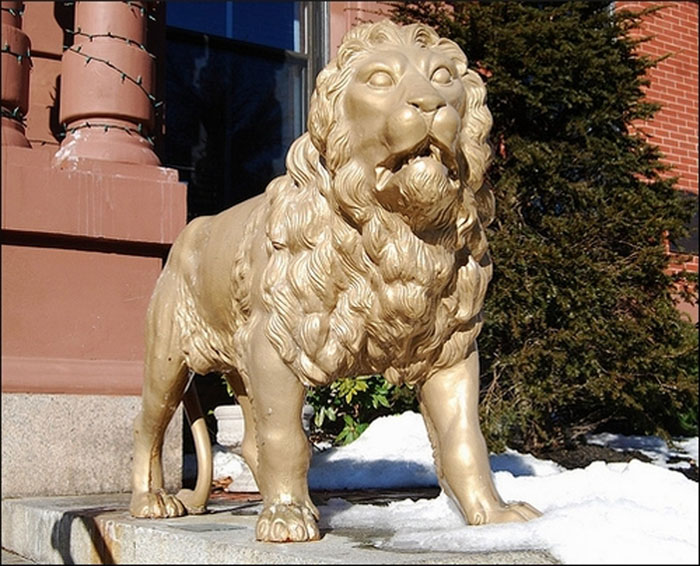 Frank Jones – Mayor of Portsmouth, US Representative and noted alemaker -became the owner of the Rockingham in 1870 and greatly enlarged it. In 1884, there was a disastrous fire that destroyed all but the octagonal dining room.

Mr. Jones rebuilt the hotel around the octagonal dining room, using Jabez Sears redesign, sparing no expense; in fact, the project cost him more than the cost of the entire Portsmouth Naval Shipyard. The lions atop each set of steps were adopted by Jones as his personal symbol.

Adobe Ware tan body with black rim line and dark orange and gray ornamental band border. Topmarked with two lions standing on each side of a brick-columned stair entrance with the phrase "AT THE SIGN OF THE LIONS" beneath, all in dark orange and gray.