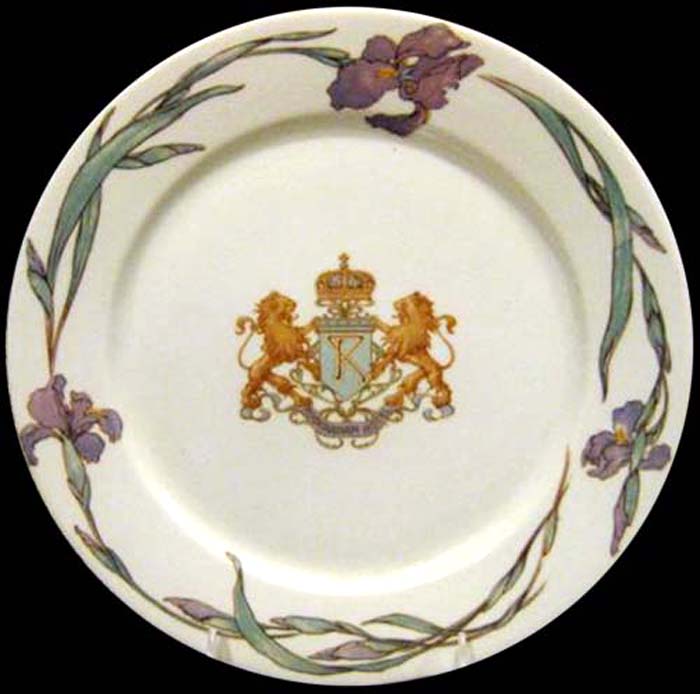 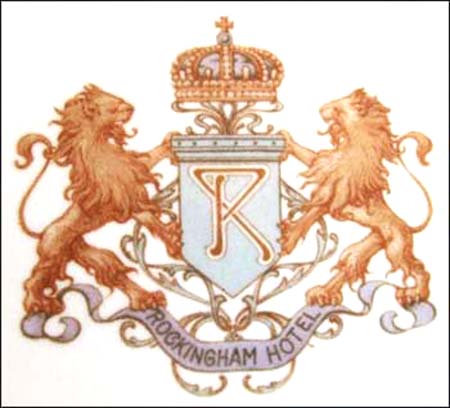 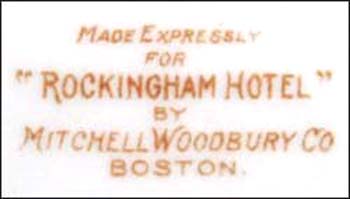 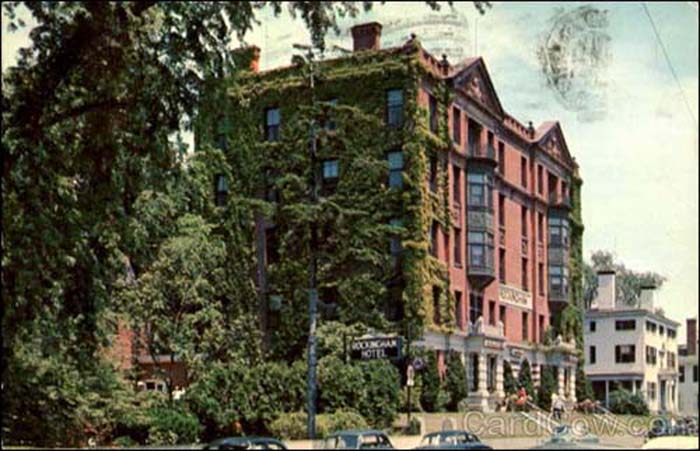 Frank Jones, mayor of Portsmouth, U.S. Representative and noted ale maker, became the owner of the Rockingham in 1870 and made additions to it. In 1884, a fire destroyed all but the octagonal dining room.

Jones rebuilt the hotel around the dining room, using Jabez Sears redesign, sparing no expense; the project cost him more than the cost of the entire Portsmouth Naval Shipyard. The lions atop each set of steps were adopted by Jones as his personal symbol.

The service plate has a green, blue and purple decal of iris flowers -or irises – loosely arranged around the border, In the center are rampant lions on each side of crest, with the letter R inside, an elaborate crown atop and banner with ROCKINGHAM HOTEL below.