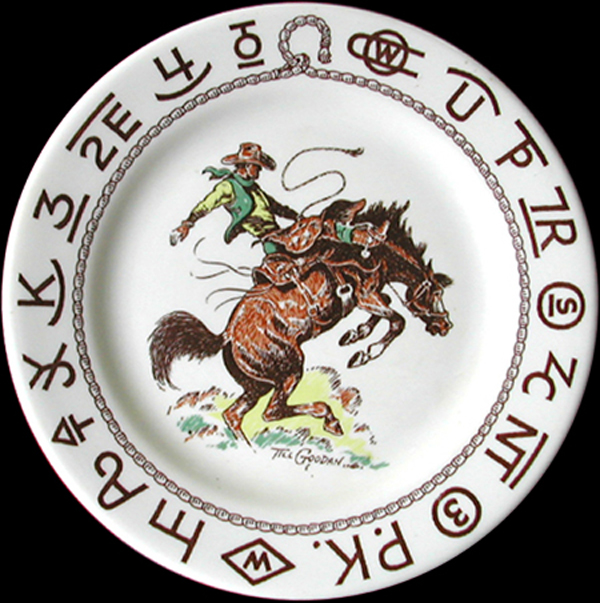 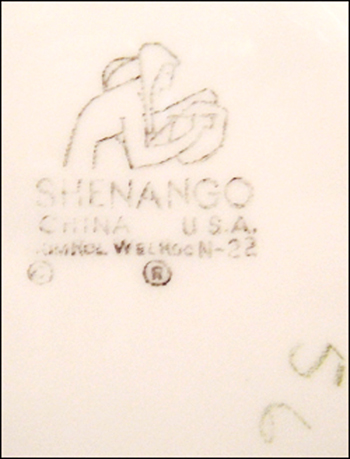 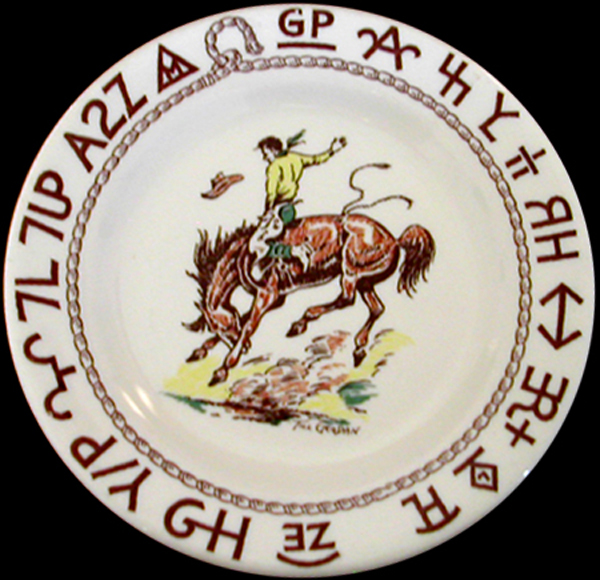 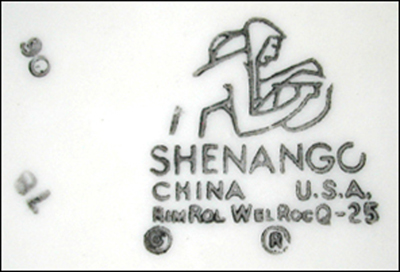 Also above is a Shenango 7" Rodeo plate that is ever-so-slightly smaller than Wallace China's Rodeo plate, with the same border and center design on a white body.

White body with the branding iron marks/lariat border in brown. Center transfer design of a cowboy riding a bucking horse in rust and brown with green and yellow accents.