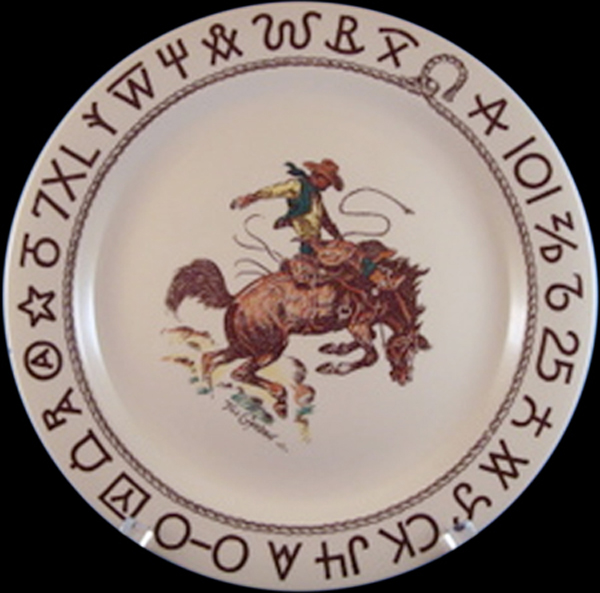 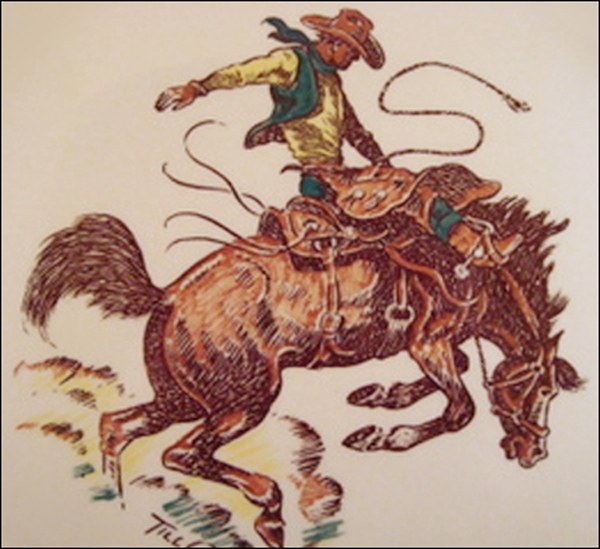 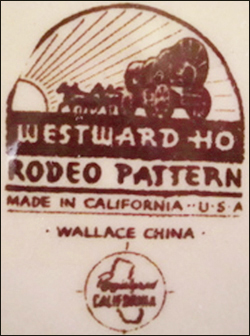 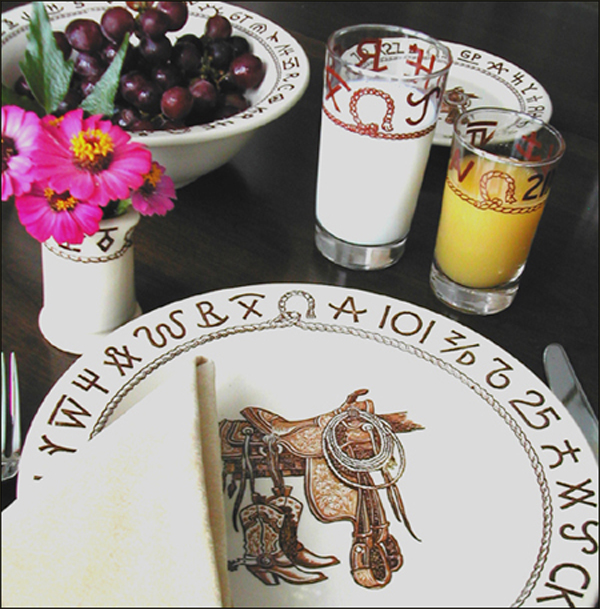 Notes: Wallace's Westward Ho patterns were designed by Till Goodan and originally produced for the Wentz Company between 1943 and 1964. Till Goodan began receiving recognition for his Western art in the 1930s after he spent his early years riding, roping and drawing on his family farm in California.

Beginning in 1990, the Westward Ho Rodeo pattern was reproduced by True West. The ware is backstamped with the Westward Ho mark, but "Wallace China, Made in California U.S.A." is replaced by "True West, Comanche, Texas." Missing from the front of the pieces is Goodan's signature.

Tan body with branding iron marks/lariat border in brown. Multicolor transfer design of a cowboy riding a bucking horse in rust and brown with green and yellow accents. The green and yellow colors were hand applied so no two vintages pieces are exactly alike. In the True West reproduction version, all dinner plates look exactly the same because the green and yellow are part of the decal.

Above is a photograph of two glasses designed by Till Goodan to accompany Wallace China's Rodeo and Boots & Saddle patterns. A vintage catalog describes them as "Westward Ho Glassware." The larger glass is 5.25" and the smaller juice glass is 4.25". The glasses were manufacturer by Libbey and are no longer being made.

For other related patterns:
Rodeo 2 by Shenango
Rodeo 3 reproduction by True West