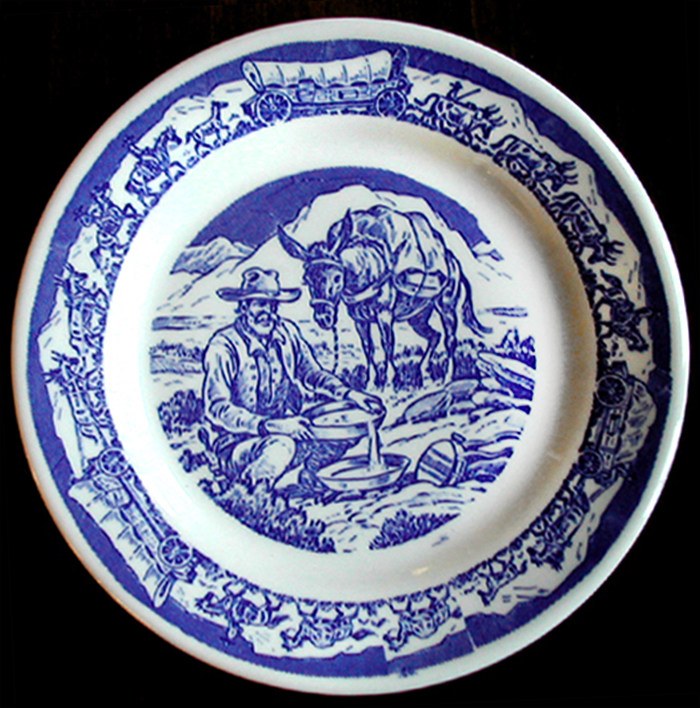 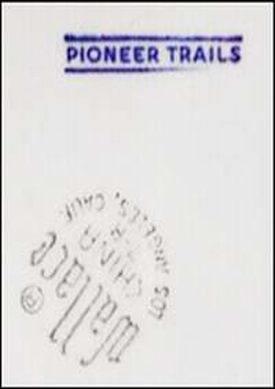 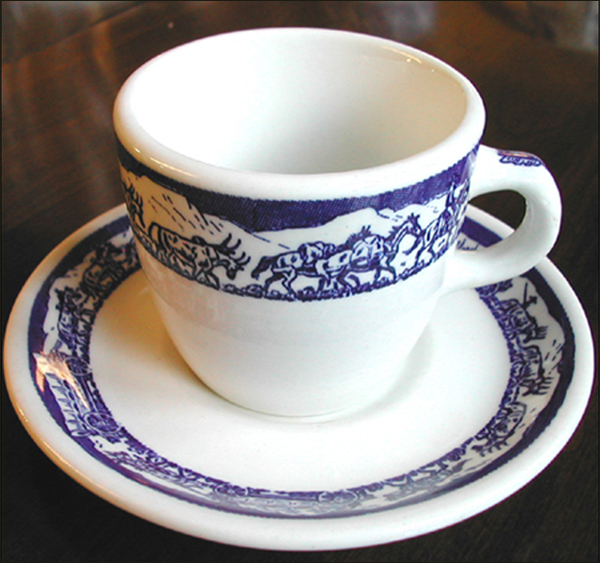 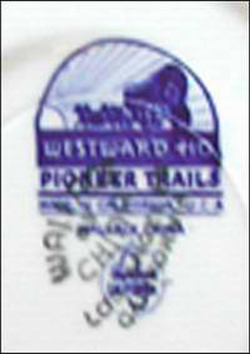 White body with a blue transfer border design of a western wagon train. Plate center design of a cowboy kneeling with water pans and a canteen in front of a pack mule, against a mountain backdrop.