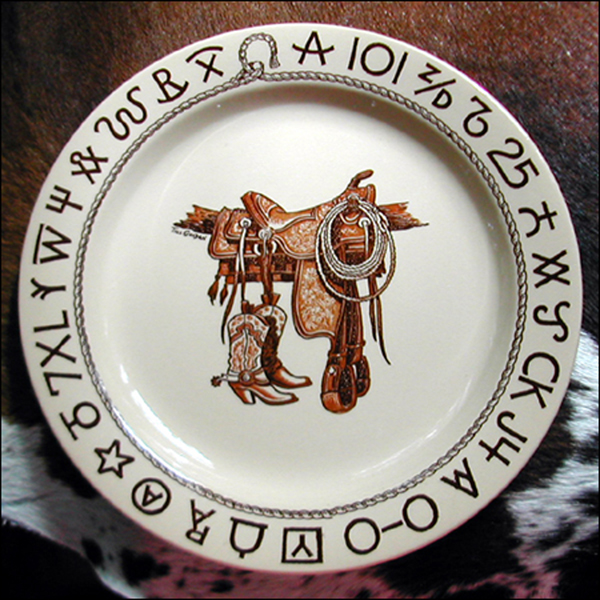 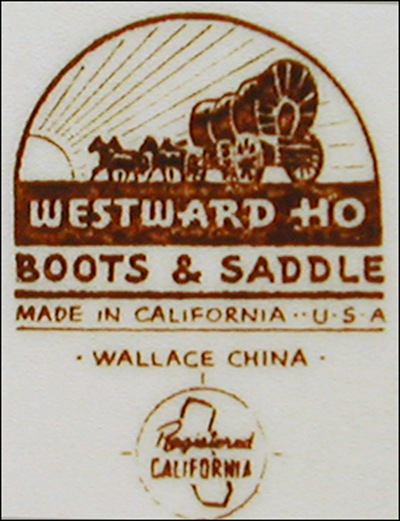 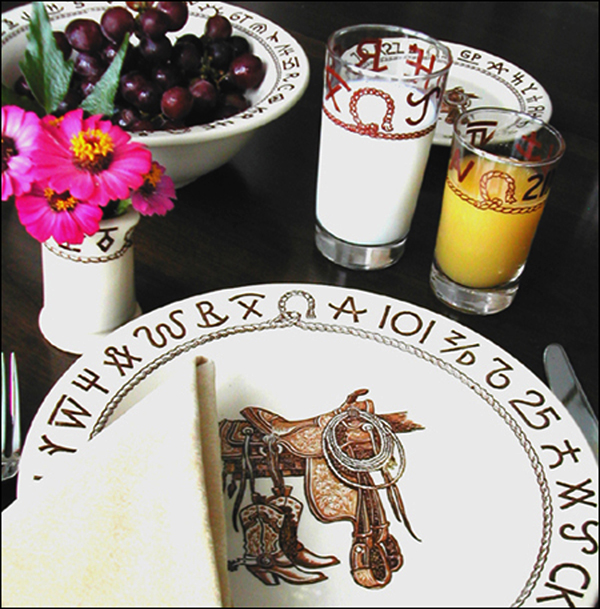 A wholesale company purchased two of Goodan's paintings to put on display at a trade show. The paintings caused so much interest that plans were made to meet with Goodan. The Westward Ho dinnerware featuring his designs was the outcome of that meeting. Till Goodan's signature can be found just under the rail in the upper left on this piece (although it is not found on all pieces).

The branding iron marks on the outside border are from authentic working ranches from the time of the pattern's design. For example, the modified "A" near the 12 o'clock position represents the brand for Gene Autry's Flying A Ranch. The star near the 8 o'clock position is the official brand of the state of Texas. The running "W" near the 11 o'clock position represents the King Ranch. A brand identification chart lists the brands used on many pieces and gives a brief history of the ranches for which they represent. Other brands are used on other pieces in this pattern.

Tan body with dark brown branding iron & rope border. Center design of a saddle on a fence post, adorned with stirrups, a lasso rope and a pair of dangling cowboy boots with spurs in shades of brown and rust.

Shown above are two glasses designed by Till Goodan to accompany Wallace China's Rodeo and Boots & Saddle patterns. A vintage catalog describes them as "Westward Ho Glassware." The larger glass is 5.25" and the smaller juice glass is 4.25". The glasses were manufacturered by Libbey and are no longer being made.

For other related patterns:
Boots & Saddle 2 reproduction by True West