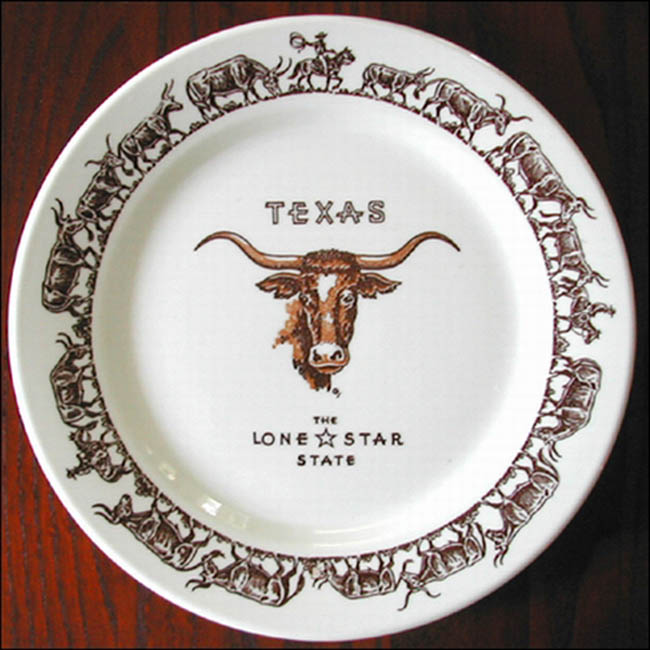 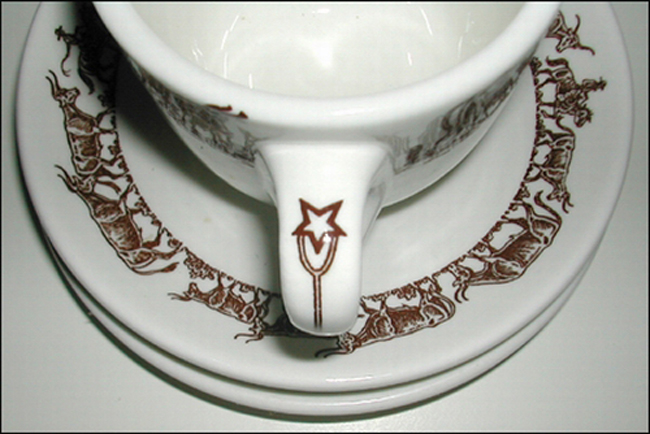 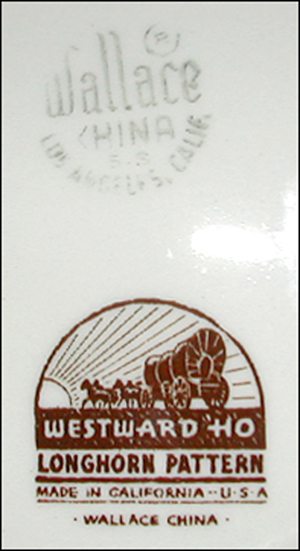 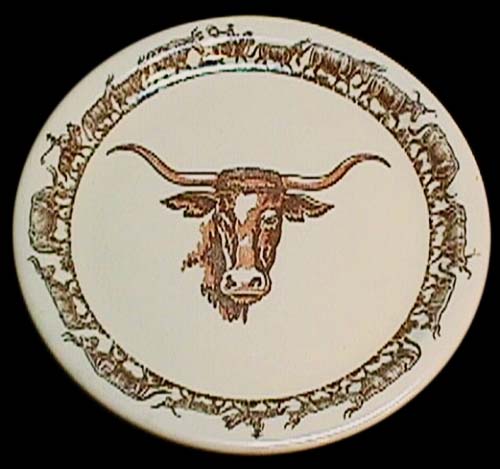 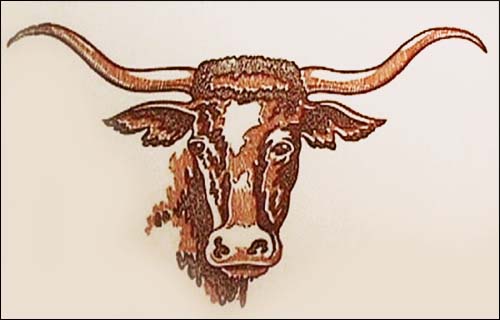 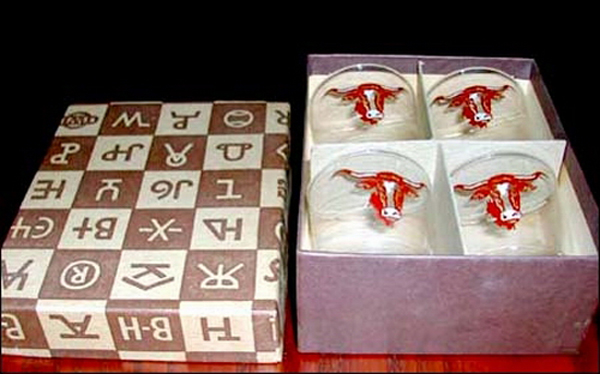 Part of the Westward Ho collection are Longhorn pattern glasses, made by Libbey and designed by Till Goodan. Here is a boxed set of four shot glasses. The box is decorated with the Westward Ho checkerboard brands design. 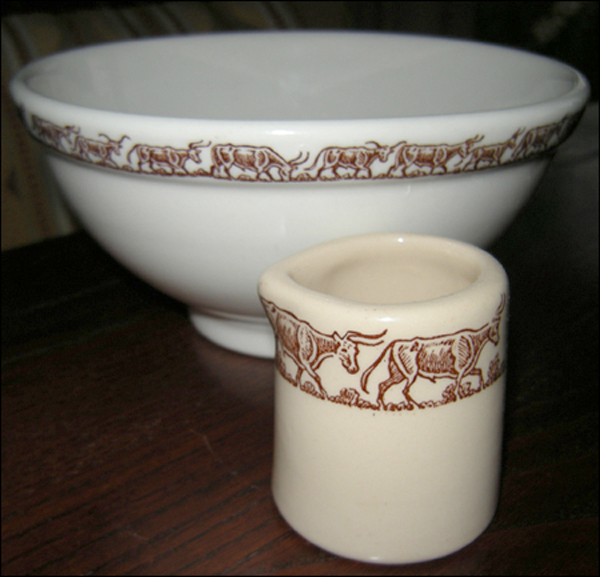 The Longhorn pattern is the hardest-to-find of the Wallace China western patterns. This pattern was produced on a white base and a tan (buckskin) base, as shown above, and the tan pieces are much harder to find, as they were but a tiny subset of the pieces made in this pattern. This plate pattern was produced with and without the TEXAS/THE LONE STAR STATE portion of the design.

The branding iron design on the handle of the cup shown above is the official brand of the state of Texas. Till Goodan's signature G/ can be seen in the lower right of the design.

For other related patterns:
Longhorn 2 reproduction by True West